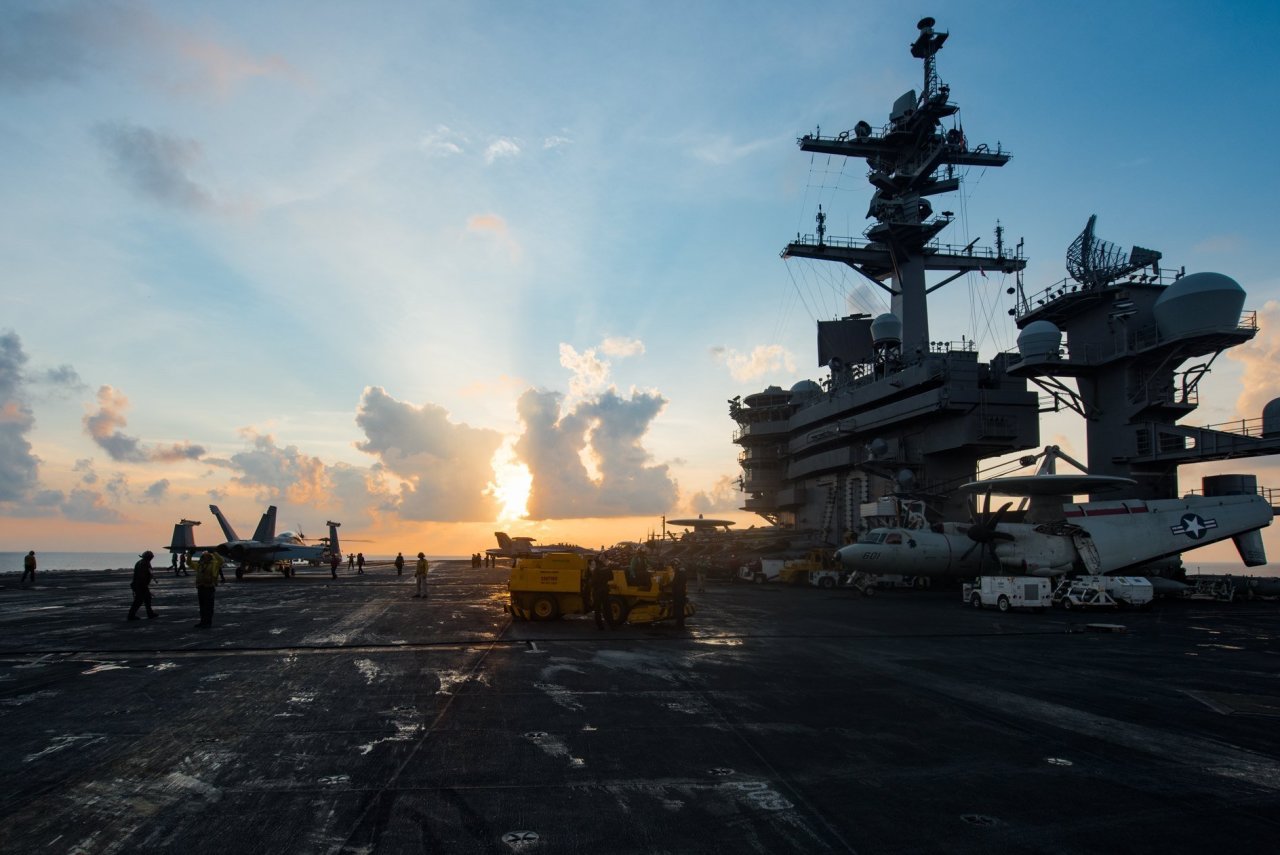 SEOUL—South Korean officials sought to tamp down concerns over the possibility of a pre-emptive U.S. military strike on North Korea, as a U.S. aircraft carrier headed toward the Korean Peninsula and Pyongyang threatened to “react to any mode of war desired by the U.S.”

“Be careful not to be fooled by exaggerations about the security situation on the Korean Peninsula,” Moon Sang-gyun, a spokesman for South Korea’s Ministry of Defense, said at a regular briefing Tuesday.

The remarks came a day after Lee Duk-haeng, a spokesman for the South Korean Ministry of Unification, told the public not to worry about a pre-emptive strike by the U.S., adding that Washington had signaled its support for Seoul’s pursuit of peaceful Korean unification.

“Our government doesn’t want to encourage military tensions and confrontation on the Korean Peninsula, so there is no need to be too worried about that,” Mr. Lee said.

Seoul’s reassurances come after the U.S. launched 59 Tomahawk missiles last week at an air base controlled by the Syrian government in response to a suspected chemical-weapons attack widely blamed on the regime of President Bashar al-Assad.

U.S. Secretary of State Rex Tillerson said the Syria attack showed that “President Trump is willing to act when governments and actors cross the line,” in remarks widely regarded as being directed in part at Pyongyang.

On Sunday, Washington redirected the USS Carl Vinson aircraft carrier toward the Korean Peninsula, where it had last visited just a few weeks earlier, in what U.S. national security adviser H.R. McMaster called a “prudent” move given the North Korean threat.

On Monday, China and South Korea’s top negotiators on the North Korea nuclear issue told reporters after a meeting in Seoul that Beijing and Seoul had discussed the possibility of additional measures in the event of further escalation in tensions by Pyongyang, such as a nuclear test or the test launch of an intercontinental ballistic missile.

“We shared the view that strong, additional measures should be taken if North Korea pushes ahead with strategic provocations like a nuclear test or an ICBM launch in defiance of international warnings,” Kim Hong-kyun, South Korea’s point person on the North Korea nuclear issue, said to reporters in remarks confirmed by the Ministry of Foreign Affairs in Seoul.

Shi Yuanhua, international studies professor at Shanghai’s Fudan University, said that Mr. Wu’s visit seemed prompted by the news that the U.S. redirected the aircraft carrier toward the Korean Peninsula.

Mr. Shi said that any military action against North Korea could be extremely costly for the U.S. and that Beijing hopes dialogue can help resolve the issue.

On Tuesday, a spokesman for North Korea’s Foreign Ministry said the country was “unfazed” by the prospect of any U.S. military action, despite the deployment of the aircraft carrier.

“We will hold the U.S. wholly accountable for the catastrophic consequences to be entailed by its outrageous actions,” the spokesman said, according to Pyongyang’s Korean Central News Agency, warning that the country “is ready to react to any mode of war desired by the U.S.”

Rodong Sinmun, North Korea’s biggest newspaper, warned that it, too, could launch a pre-emptive strike on the U.S. and warned the Trump administration to give up on any plans for such a strike.

Separately on Tuesday, North Korea and Syria reaffirmed their close ties as the two countries neared direct confrontations with the U.S.

North Korea and Syria are “conducting a war against big powers’ wild ambition to subject all countries to their expansionist and dominationist policy,” Syria’s Mr. Assad said in a message to Mr. Kim, according to a KCNA report published early Tuesday.

North Korea’s Supreme People’s Assembly is due to gather Tuesday in Pyongyang, though it was unclear whether Mr. Kim would attend the legislative session.

Mr. Kim said in his New Year’s speech in January that the country was close to being able to test an ICBM capable of reaching the U.S.

Since then, the North has continued to test missiles at a rapid clip, including launching a medium-range missile shortly before U.S. President Donald Trump’s summit with Chinese President Xi Jinping last week. It also sent another missile into the sea before Mr. Trump’s meeting with Japanese Prime Minister Shinzo Abe in February.

Relations with North Korea tend to be particularly tense this time of the year, as Seoul and Washington conduct their largest annual joint military drills in the spring. Pyongyang regularly complains about the exercises and calls them a prelude to invasion, a charge the U.S. and South Korea deny.

—Min Sun Lee in Seoul and Te-Ping Chen in Beijing contributed to this article.