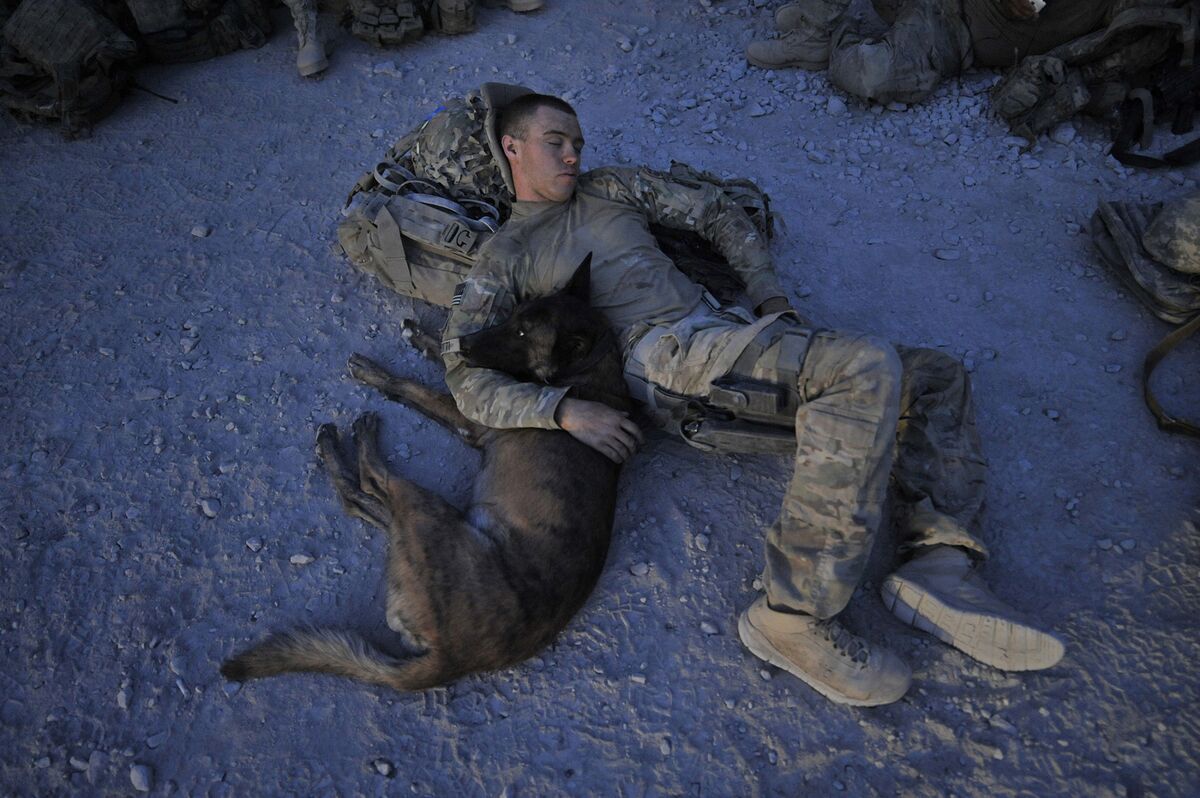 War is hell for almost everyone who gets near it. This includes animals—especially the hundreds of dogs the U.S. military has sent to serve alongside soldiers in Afghanistan, Iraq, and elsewhere since Sept. 11. Now, the Pentagon is taking steps to make sure more of them come home.

The armed services have had dogs since about day one. At the moment, roughly 1,600 Military War Dogs (MWDs) are either in the field or helping recuperating veterans. That’s approximately one dog for every three U.S. soldiers currently in Afghanistan.

These animals are, however, an increasingly precious resource. With terrorists targeting public transportation and tourist sites all over the world, global demand for bomb-sniffing dogs has surged. Canines with finely trained noses now fetch $25,000 and up on the open market, where border patrol units, the State Department, and private security firms go for canine talent. Even the war on bedbugs scoops up some of the best noses in the business. And that’s just U.S. demand.

So, out of necessity, the Department of Defense is buying up lifelike canine mannequins to better train medics that care for furry soldiers when they fall. Since these dog dolls hit the market in January, the Pentagon has purchased about 80 of them from TraumaFX, an Atlanta-based unit of defense contractor KForce Government Solutions Inc. The company, which employs Hollywood movie designers, is bidding on an additional six proposals at the moment.

“We thought maybe we’d sell 50, but it has just grown overwhelmingly,” said KForce Vice President Carolyn Hollander, who added that the project was originally considered just doing the right thing—a “give back.”

The K9 Hero—Trauma’s proxy pooch—is fully articulated, weighs 50 pounds, and costs around $20,000. It has a pulse and an internal, inflating bag that mimics breathing, plus a host of potential afflictions. Push a button on a remote control and the rubbery pet even bleeds profusely. Next month, the company will deliver Hero’s successor, Diesel. Developed specifically for special forces dogs, the animatronic soldier has multiple gunshot wounds, amputatable limbs, and bowels that bloat. It also barks and whimpers.

“The whole point is to build muscle memory in treatment,” Hollander said of medics and handlers who may work on dogs. “If they see something difficult and get desensitized to it in training, they’ll be more effective in handling it in a real-life situation.”

Our robot dogs, Hero and Diesel, bear a slight resemblance to the famous Star Wars character, Chewbacca, which is no coincidence. The core of TraumaFX’s development team, about two dozen employees, came from Industrial Light and Magic, the Hollywood FX shop that helped create Star Wars, Harry Potter and other hit franchises. TraumaFX bought the company’s “creature team” in 2014, after seeking their counsel on how to build a prosthetic dog.

“These guys are the real deal,” Hollander said. “But their capabilities as modelers were going extinct because of computer-generated graphics.”

The high demand for trained dogs may play a role in their depleted ranks. The Air Force says the U.S. military’s dog allotment is about 38 percent lower than it was at the height of the war in Afghanistan.

Exacerbating the economics for the Pentagon, the U.S. still isn’t very good at producing war dogs. Although the Air Force has begun a breeding program in Texas, most of the country’s working dogs are imports, primarily from Central and Eastern Europe—where dog-training culture runs deep. Military procurement officers make four trips a year to stock up on European puppies.

In a 2016 Senate hearing, Cynthia Otto, a veterinarian and executive director of the Penn Vet Working Dog Center, said the availability of good dogs was becoming a critical challenge. “The risks of relying on foreign sources of dogs to support our national security are high,” she said.

Once it has a promising pup, the Pentagon spends an additional $42,000 to train a K9 unit, a process that starts with obedience and drug and/or bomb detection at Lackland Air Force Base in San Antonio, Texas. Some of the dogs get a second round of training in how to patrol, detain an enemy and attack. A “dual-purpose” dog spends about 120 days completing both training cycles.

When all is said and done, a fully trained military dog costs about as much as a small missile. Keeping them in the field as long as possible is increasingly good business. (The Air Force declined to discuss canine casualty rates. )

Military commanders know all too well how expensive it is when a war dog is killed, to say nothing of damage to troop morale, explained Bob Bryant, co-founder of Mission K9 Rescue, a Houston-based nonprofit that helps rehabilitate and find homes for retired working dogs. “The military treats its dogs like gold,” he explained. “Fully trained, they expect that asset to last them at least eight or nine years.”

And that’s no easy task. Of the hundreds of four-legged privates that Mission K9 has placed in homes, 60 percent left service under injury—not because they were too old. “They tear tendons, they ruin their hips, they get aggressive spondylosis and it seems like there’s a higher prevalence of cancer for some reason,” Bryant said.

He cites an additional, dark reality when war dogs die in battle: “When there is a dog casualty, the handler often dies, too.”

Many war dogs, including Bryant’s dog Oreo before he retired, are used to locate bombs, which present a further level of potential trauma. Oreo was sniffing out improvised explosive devices in Iraq before he developed post traumatic stress disorder.

These days, Oreo and Bryant’s other service dog are patrolling his neighborhood near Los Angeles. They often grow alert and mark  parked cars, leaving Bryant to wonder what’s inside—one of the many features not available with run-of-the mill rescue dogs.

TraumaFX, meanwhile, has started selling its dog dummy to veterinary schools for use in lieu of cadavers. Foreign militaries are placing orders as well. “Usually, an agency or military branch will buy five or 10 of them and then ship them around,” Hollander said. “We call it a litter.”

2 thoughts on “The Dogs of War Are in High Demand”