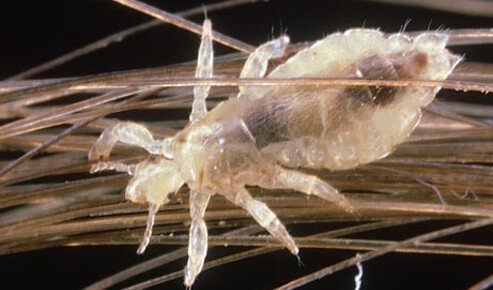 Head lice: a giant pain in the backsides of parents taking their children into public and an annoyingly itchy irritating parasite that must be eliminated. But the new super lice could present a problem with treatments and has become much more daunting over the past years. Yet, there’s a solution…

According to Today,  the effectiveness of over the counter preparations had declined to 25 percent, a level described as being “no better than placebo.” Even with “nit combing,” the process of removing some of the younger and recently hatched lice from the hair follicle, according to a  review article published in Pediatric Dermatology late last year found that the tedious process is as effective as a placebo. Worse, even higher doses of the over the counter product aren’t any more effective, researchers said.

But a prescription doesn’t necessarily equate to efficacy, and there is something that can help.  Doctors are now saying that the treatments are not effective because they aren’t done properly and with dedication.  They are done with lazy impatience making prescription medications the only avenue for frustrated parents.

Dr. Kenneth Polin became aware of the growing problem of “head lice” resistance more than two decades ago (20 years) when his 5-year-old daughter came home with lice. “We used the over-the-counter stuff and it didn’t work,” said Polin, a pediatrician at Lurie Children’s Hospital of Chicago. “When we called the company, they blamed us, saying that the patient just didn’t know how to use the product.” But it does appear that working thoroughly to rid your child of lice without prescription interference will work in a very vast majority of cases. But this isn’t something a doctor wants one to know.  They obviously make money when a parent succumbs to the prescription method.

“We used the over-the-counter stuff and it didn’t work,” said Polin, a pediatrician at Lurie Children’s Hospital of Chicago. “When we called the company, they blamed us, saying that the patient just didn’t know how to use the product.” As the percentage of resistant lice has increased, Polin has adapted his advice to patients. “I tell families not to bother with the over-the-counter stuff,” he said. “It’s not consistently effective. I recommend prescription medications.” The prescription medications are “very safe,” Polin said. “And they are all very effective. I’ve not seen any resistance personally and I’ve not seen anything about resistance in the medical journals either.”-Today

What most parents miss, however, is that cleaning of all bed sheets, clothes, and rugs should be done as well to ensure there is no passage of lice to other family members or visitors. A thorough treatment of all possibly infected areas will kill the lice.

It’s also important to clean up all bed linens and coats, Polin said, adding that sometimes lice [is often]spread by jumping from one child’s coat to that of another. Another solution to the problem of lice that have jumped from the child onto household furniture and fabrics is to spend the night in a hotel. “Off the human body lice they can’t live more than a day,” he explained.

There may be some good news on the horizon, said Kyong Sup Yoon, an assistant professor in the department of biological sciences and environmental sciences at Southern Illinois University Edwardsville. Yoon was coauthor of a 2016 study showing that resistant strains had spread to nearly every state as well as the 2016 review. “Currently, several companies are in the process of developing new pediculicides,” Yoon said. “I hope this will give us some options to implement more efficient resistance management.” -Today

Doctors want parents dependent on the medical system to treat lice on children.  With diligence and a dedication to your child’s health, however, you should be able to help your child beat the odds and become lice free without medical interference.