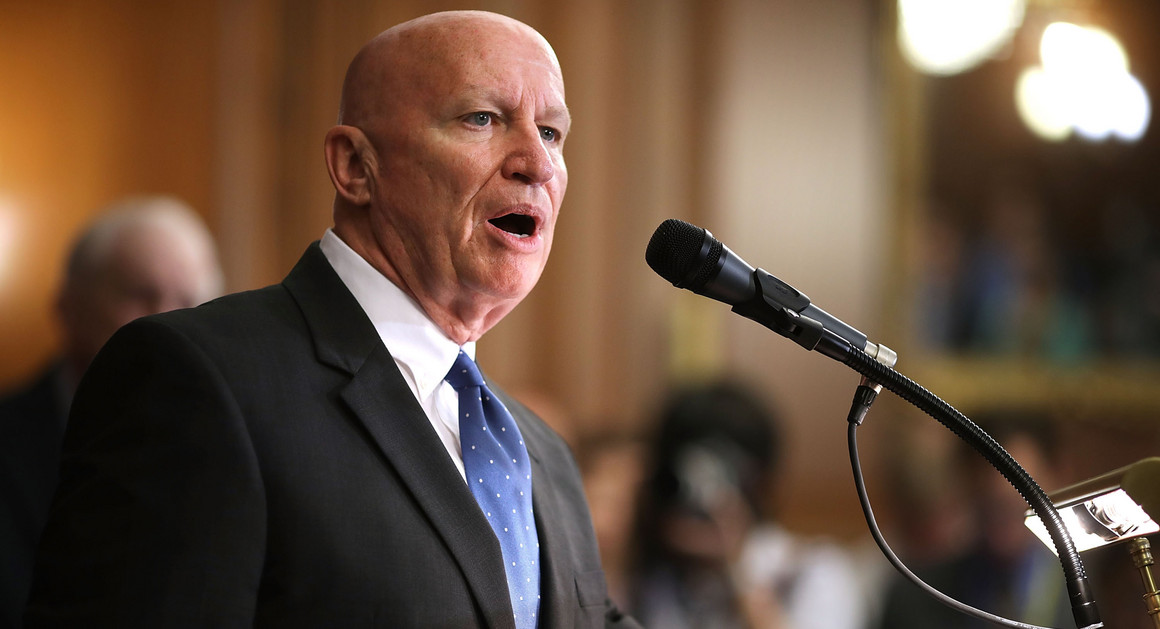 Key details have yet to be finalized, and Republicans now plan to unveil the bill Thursday.

House Republicans postponed the much-anticipated rollout of their tax reform proposal Tuesday night, an ominous sign for a direly-needed legislative accomplishment for President Donald Trump and his party.

House Ways and Means Committee members spent all Tuesday holed up in conference rooms trying to iron out last-minute disagreements. Senior committee staff worked through the night Monday and were expected to do the same on Tuesday to unveil the bill at a GOP conference meeting Wednesday at 9 a.m.

But in a move that foreshadows the difficulties awaiting the party of Reagan, GOP leaders and tax-writers postponed their big reveal to buy themselves more time. They now hope to release the bill Thursday, but privately acknowledge they have a number of disagreements to resolve first.

The delay comes despite the half-decade Republicans have spent readying themselves for this very moment. The Ways and Means Committee for years has held tax hearings and working groups, but overhauling the code means creating winners and losers in a politically sensitive environment.

The stakes couldn’t be higher. After failing to repeal Obamacare, tax reform could mean the difference between a Republican majority and a Democratic takeover in 2018.

But for the bill to pass, Republicans — known for their constant infighting — will have to unify. That’s proving easier said than done.

Rumors of a potential postponement started to spread Tuesday afternoon. At the center of the problem were questions about how to pay for the proposed $5.5 trillion in tax cuts, since any major revenue-generator is certain to antagonize some powerful lobby or group of lawmakers who could defeat it.

“Our plan is to release the bill tomorrow,” House Ways and Means Committee Chairman Kevin Brady told reporters Tuesday afternoon, leaving himself some wiggle room for a delay. Asked if the expected Wednesday release would be legislative text, Brady responded: “When we release the bill, it will be text.”

Later, Brady issued a statement formally announcing the delay, adding, “We are pleased with the progress we are making and we remain on schedule to take action and approve a bill at our Committee beginning next week.”

Some details of the bill started leaking out Tuesday after Speaker Paul Ryan briefed conservative leaders on text that had been finalized. The proposal, sources in the meeting said, will lower the corporate tax rate to 20 percent, meeting their initial goal. They’ve also decided to keep the current top 39.6 percent tax rate on the wealthiest individuals — though they have not settled on which incomes will be hit by that rate.

Ryan told conservatives group leaders Thursday that the income threshold for the top rate will likely be higher than it currently is, likely between $750,000 and $1 million. He said the estate tax will likewise be repealed but may have to be phased out to save money in the short-term.

But it’s the unresolved issues that caused Ways and Means members the most heartburn this week — and ultimately led to the delay. Those include: how to win over GOP lawmakers from high-tax states that are balking over curbing the state and local tax deduction, which their constituents rely on. There are also question about how to ensure wealthy individuals don’t take advantage of the lower 25 percent small business or “pass-through” rate.

Many of the unresolved items are hot-button issues, including what to do with 401(k) retirement plans.

Trump asked Brady in a phone conversation last week to drop his plans to curb such tax preferred savings. And some senior House Republicans who believe that doing so would incite severe pushback have been urging Brady to leave the matter alone.

But Brady has refused to ditch the idea of imposing some limitation on the popular retirement plans. The reason comes down to basic math: Republicans want to lower the corporate tax rate to 20 percent, and collapse and lower individual rates into four brackets — and targeting 401(k) plans could help pay for those cuts.

The search for cash is one reason the panel earlier this week briefly considered the idea of phasing in the lower corporate tax rate over several years instead of immediately all at once — an idea Senate tax-writers has discussed.

But the White House and more than a few GOP tax committee members quickly nixed that proposal, and it is not expected to be included in the legislation.

Ways and Means members have been trying to tweak other provisions in search of savings. Sources say the panel several times a day has been sending proposals to the Joint Committee on Taxation to see how much money they would save, and then shopped the ideas to panel members.

“I would say there is a lot of Red Bull and Monster being drank in there right now,” said Rep. Doug Collins (R-Ga.), vice chairman of the House Republican Conference. “The whole Ways and Means crew knew this would be a tough lift — and we’ve not even gotten to the rollout of the actual details yet!”

The vast majority of House Republicans have only an inkling of what’s in the legislation. The details, including the key question of who loses under the legislation, have been closely held by party leaders for months in order to keep lobbyists at bay. Even tax aides to members of the Ways and Means committee have not yet been briefed on the plan.

“[Speaker Paul Ryan] said the committee is ‘turning the dials’ and getting it to work. It’s all last minute stuff,” said Scott Hodge, president of Tax Foundation, as he left Ryan’s office after meeting with the speaker. “I think they have all this — it’s just a matter of tweaking… addressing certain members’ interests and concerns.”

During a gaggle Tuesday, Brady suggested there are plenty of key decisions that still needed to be made before a measure can be rolled out, and that the GOP conference’s response would likely lead to some changes in the bill before it’s considered by his committee — a mark-up that’s supposed to be next week.

Without offering details, Brady said that the House bill would either strengthen retirement accounts or leave them as is, and noted that he still planned to have further meetings with GOP lawmakers from New York and New Jersey concerned about the state and local tax deduction ahead of the tax overhaul’s release.

“We certainly are listening very carefully to make sure that we’re delivering tax relief for those families,” he said.

And asked if final decisions had been made on expanding the child tax credit and where to set individual brackets, Brady would only offer: “I think we have a real good feel for all of this.”

Time is running out to move those dials, however. And Republicans may have to release their tax plan without all the wrinkles ironed out.

Some Republicans think that’s exactly what will happen with the dispute over the state and local tax deduction. As a middle ground, Brady has floated the idea of allowing people to deduct their property taxes. But leaders are not sure the change will be enough to win over Republicans from New York and California who could block any tax bill that hurts their constituents.

By leaving some matters unresolved, GOP leaders risk blowback at a time when they’re in desperate need of momentum. House leaders hope to pass the tax bill by Thanksgiving and send the bill to Trump before the end of the year.

They could know as early as Thursday afternoon if that’s an impossible feat. Within just a few hours of unveiling their Obamacare replacement bill last spring, GOP leaders knew they had a serious problem: Conservatives came out swinging against the plan, which they dubbed “Obamacare lite.”

Something similar happened when former Ways and Means Chairman Dave Camp (R-Mich.) released his own tax bill in 2014. The Republican conference turned on him and the bill, scoffing at the pay-fors and leaving the bill dead in the water.