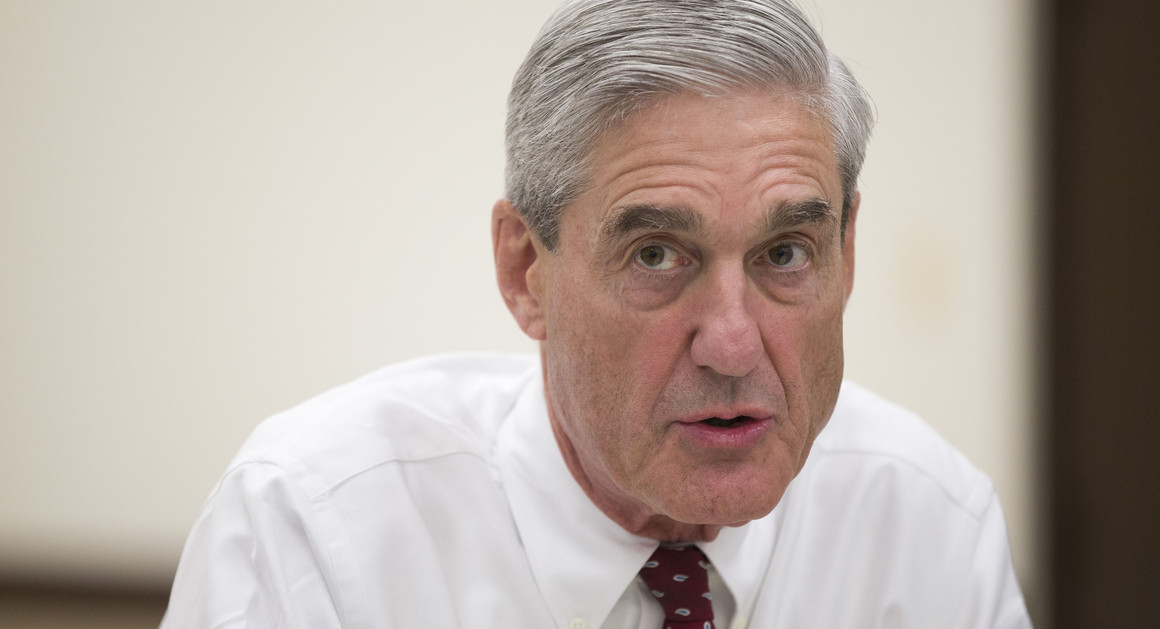 A federal judge has rejected special counsel Robert Mueller’s request to delay the first court hearing in a criminal case charging three Russian companies and 13 Russian citizens with using social media and other means to foment strife among Americans in advance of the 2016 U.S. presidential election.

In a brief order Saturday evening, U.S. District Court Judge Dabney Friedrich offered no explanation for her decision to deny a request prosecutors made Friday to put off the scheduled Wednesday arraignment for Concord Management and Consulting, one of the three firms charged in the case.

The 13 people charged in the high-profile indictment in February are considered unlikely to ever appear in a U.S. court. The three businesses accused of facilitating the alleged Russian troll farm operation — the Internet Research Agency, Concord Management, and Concord Catering — were also expected to simply ignore the American criminal proceedings.

Last month, however, a pair of Washington-area lawyers suddenly surfaced in the case, notifying the court that they represent Concord Management. POLITICO reported at the time that the move appeared to be a bid to force Mueller’s team to turn over relevant evidence to the Russian firm and perhaps even to bait prosecutors into an embarrassing dismissal in order to avoid disclosing sensitive information.

On Friday, Mueller’s prosecutors disclosed that Concord’s attorneys, Eric Dubelier and Kate Seikaly, had made a slew of discovery requests demanding nonpublic details about the case and the investigation. Prosecutors also asked a judge to postpone the formal arraignment of Concord Management set for next week.

The prosecution team sought the delay on the grounds that it’s unclear whether Concord Management formally accepted the court summons related to the case. Mueller’s prosecutors also revealed that they tried to deliver the summonses for Concord and IRA through the Russian government, without success.

“The [U.S.] government has attempted service of the summonses by delivering copies of them to the Office of the Prosecutor General of Russia, to be delivered to the defendants,” prosecutors wrote. “That office, however, declined to accept the summonses. The government has submitted service requests to the Russian government pursuant to a mutual legal assistance treaty. To the government’s knowledge, no further steps have been taken within Russia to effectuate service.”

Mueller’s team sent a copy of the formal summons to Dubelier and Seikaly and asked them to accept it on behalf of Concord Management, but Dubelier wrote back on Monday saying that the government’s attempt to serve the summons was defective under court rules. He did not elaborate.

The three companies named in the indictment are all reported to be controlled by a Russian businessman known as Russian President Vladimir Putin’s “chef,” Yevgeny Prigozhin. He’s also one of the 13 individuals criminally charged in the case.

In their request on Friday to put off the arraignment, prosecutors included the extensive demands for information that the lawyers for Concord Management have set forth since they stepped forward last month.

“Until the Court has an opportunity to determine if Concord was properly served, it would be inadvisable to conduct an initial appearance and arraignment at which important rights will be communicated and a plea entertained,” attorneys Jeannie Rhee, Rush Atkinson and Ryan Dickey wrote. “That is especially true in the context of this case, which involves a foreign corporate defendant, controlled by another, individual foreign defendant, that has already demanded production of sensitive intelligence gathering, national security, and foreign affairs information.”

The Mueller team proposed that both sides file briefs in the coming weeks on the issues of whether Concord has been properly served.

In a blunt response Saturday morning, Concord’s attorneys accused Mueller’s team of ignoring the court’s rules and suggesting a special procedure for the Russian firm without any supporting legal authority.

“Defendant voluntarily appeared through counsel as provided for in [federal rules], and further intends to enter a plea of not guilty. Defendant has not sought a limited appearance nor has it moved to quash the summons. As such, the briefing sought by the Special Counsel’s motion is pettifoggery,” Dubelier and Seikaly wrote.

The Concord lawyers said Mueller’s attorneys were seeking “to usurp the scheduling authority of the Court” by waiting until Friday afternoon to try to delay a proceeding scheduled for next Wednesday. Dubelier and Seikaly complained that the special counsel’s office has not replied at all to Concord’s discovery requests. The lawyers, who work for Pittsburgh-based law firm Reed Smith, also signaled Concord intends to assert its speedy trial rights, putting more pressure on the special counsel’s office to turn over records related to the case.

Friedrich, a Trump appointee based in Washington, sided with Concord and said the arraignment will proceed as scheduled Wednesday afternoon.

The indictment, obtained by Mueller but announced by Deputy Attorney General Rod Rosenstein, accused the defendants of mounting an “information warfare” operation in connection with the 2016 election.

The IRA, long suspected of ties to the Kremlin, allegedly used social media, email and other means to manipulate “unwitting” American citizens and Trump campaign officials into protests, demonstrations and the recirculation of media messages. Most of the interventions were intended to benefit Trump or demean his Democratic opponent, Hillary Clinton, the indictment alleged.

Vaccine Deaths
~One out of every 800 people over 60 who gets vaccinated for covid DIES, says scientist~Police Investigate 12-Year-Old Girl’s Death After She Suddenly Collapses While Running~24-Year-Old Irish Athlete Dillon Quirke Dies Unexpectedly After Collapsing Mid-Game~Covid Vaccines Are Killing One in Every 800 Over-60s and Should Be Withdrawn Immediately, Says Leading Vaccine Scientist~3 year-old girl dies from Vaccine