EPA will have to comply with an information request by July. 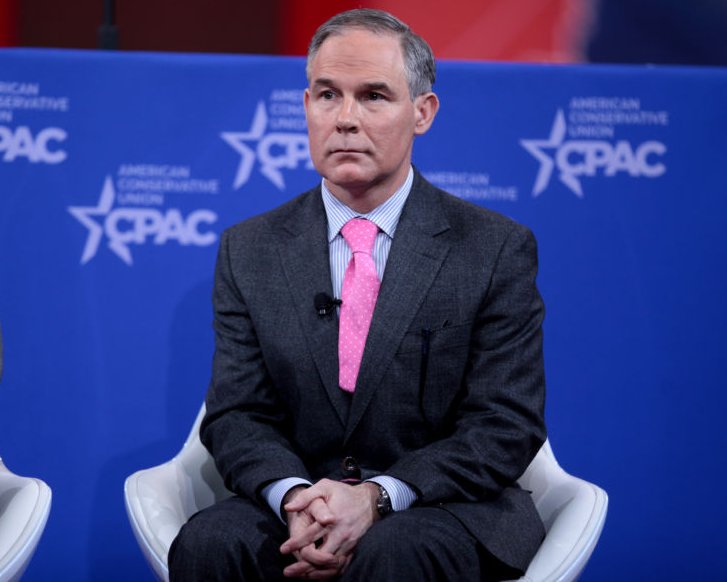 In March 2017, Scott Pruitt, the new administrator of Donald Trump’s Environmental Protection Agency, appeared on CNBC and said that carbon dioxide was not known to be a major factor in climate change. “I would not agree that it’s a primary contributor to the global warming that we see,” Pruitt said, adding, “there’s a tremendous disagreement about the degree of the impact” of “human activity on the climate.”

The next day, a group called Public Employees for Environmental Responsibility (PEER) filed a Freedom of Information Act (FOIA) request with the EPA, asking for any agency documents that Administrator Pruitt may have relied on to come to his conclusions. Since Pruitt’s words contradicted scientific evidence shared by the EPA before the administrator took office, PEER’s request might turn up some recent document that indicated Pruitt had new information.

Instead, the EPA stalled and refused to provide any information to PEER. The employee group then sued the agency.

On Tuesday, a US District Court Judge for the District of Columbia issued a memo (PDF) saying that the EPA must comply with PEER’s request by July 2, offering any EPA documents that helped Pruitt come to the conclusion that he shared on CNBC last year. If certain documents can not be provided, an explanation for their absence must be provided by July 11.

In the Tuesday memo, Judge Beryl A. Howell described a slew of excuses used by the EPA to justify a refusal of PEER’s request. The EPA contended that PEER’s FOIA request was overly broad, that it was actually “an impermissible attempt to compel EPA and its administrator to answer questions and take a position on the climate change debate,” and that complying with the request would be burdensome.

In its own explanation to the court, the EPA argued that complying with PEER’s FOIA request “would require EPA to spend countless hours researching and analyzing a vast trove of material on the effect of human activity on climate change” which amounted to “a subjective assessment upon which reasonable minds can differ.”

Judge Howell disagreed with these characterizations, calling the Agency’s objections “hyperbolic” and saying claims that PEER’s FOIA was unclear “both misplaced and troubling.”

“The agency asks ‘how is one to even know precisely what documents one relies on in forming one’s beliefs?’” the judge wrote in her brief. “As the plaintiff points out, however, nothing in the FOIA request seeks information ‘about Administrator Pruitt’s beliefs or how they were formed.’” Instead, the FOIA only requests any agency documents that the administrator relied on to formulate his public statement.

The judge also called it “particularly troubling” that the EPA argued that evidence for a factual statement by the Administrator can be unknowable. “EPA’s strained attempt to raise an epistemological smokescreen will not work here to evade its obligations under the FOIA,” Judge Howell wrote.

The judge also accused the EPA of engaging in “a thinly veiled effort to make the request more complex and burdensome than it is.”

Howell concluded: “When the head of an agency makes a public statement that appears to contradict ‘the published research and conclusions of’ that agency, the FOIA provides a valuable tool for citizens… Compliance with such a request would help ‘ensure an informed citizenry, vital to the functioning of a democratic society.’”