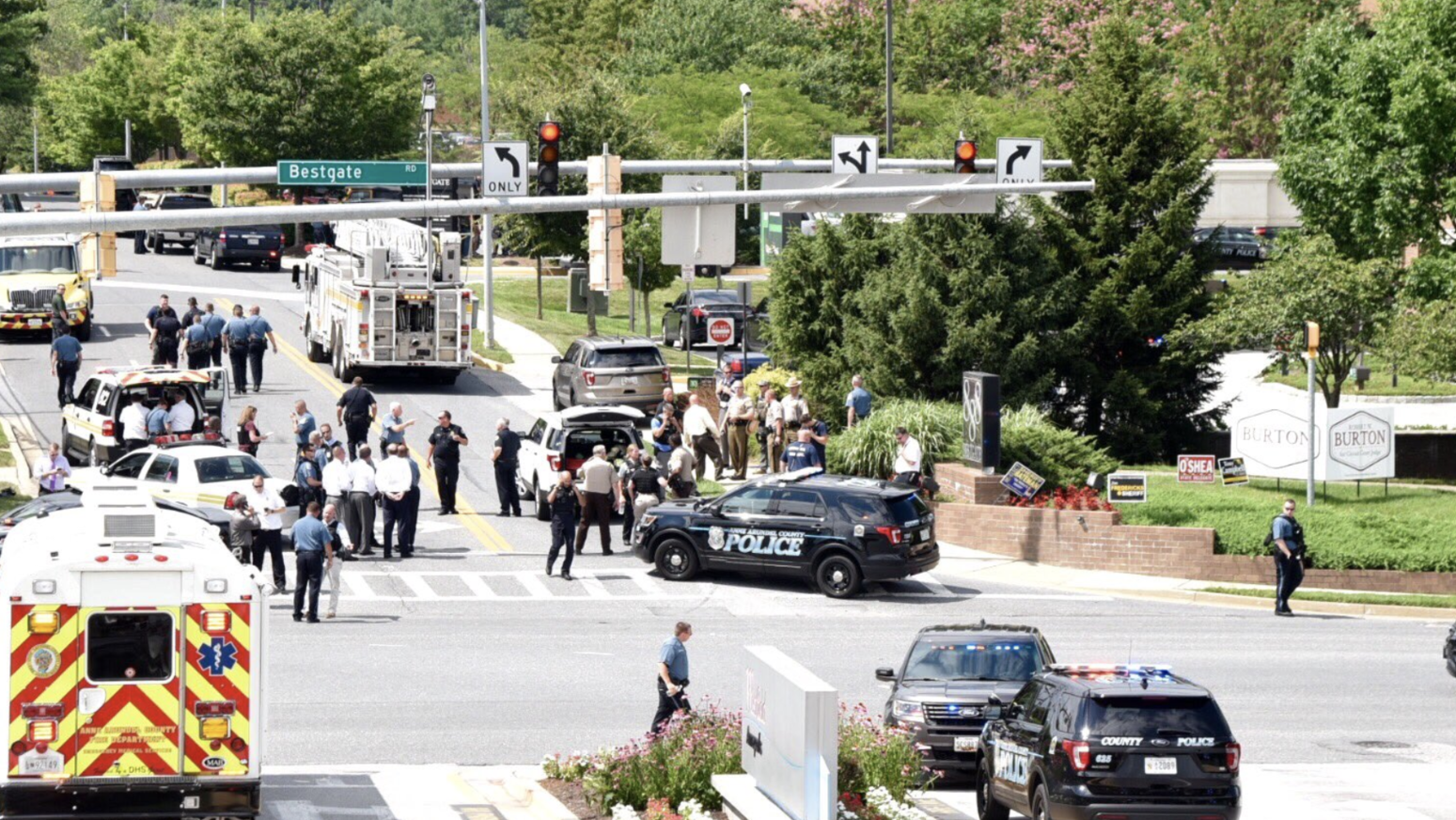 A shooting has occurred at the Capital Gazette in Anne Arundel County, a paper that is owned by The Baltimore Sun, according to reports from Gazette staff.

Anne Arundel County Police confirmed there was an “active shooter” at 888 Bestgate Road, where the newspaper’s offices are located. The Bureau of Alcohol, Tobacco, Firearms and Explosives confirmed it was responding to a “shooting incident” at the Gazette.

Phil Davis, a Gazette reporter, said that multiple people had been shot. Police did not immediately respond to requests for further information.

Police said the building was being evacuated as officers continue searching it.

Agents with the ATF were on the scene in Annapolis to provide support to local law enforcement, said Amanda Hils, a spokeswoman for the federal agency. ATF can help with tracing weapons, conducting interviews and other assistance.

Gov. Larry Hogan, on Twitter, wrote, “Absolutely devastated to learn of this tragedy in Annapolis.”

He said he was in contact with County Executive Steve Schuh, and that Maryland State Police were on the scene assisting county police.

“Please, heed all warnings and stay away from the area. Praying for those at the scene and for our community,” he wrote.

Police were also at The Baltimore Sun newsroom in Baltimore. Police said there was no threat on the Sun, and that their presence was a precaution.

This story will be updated.