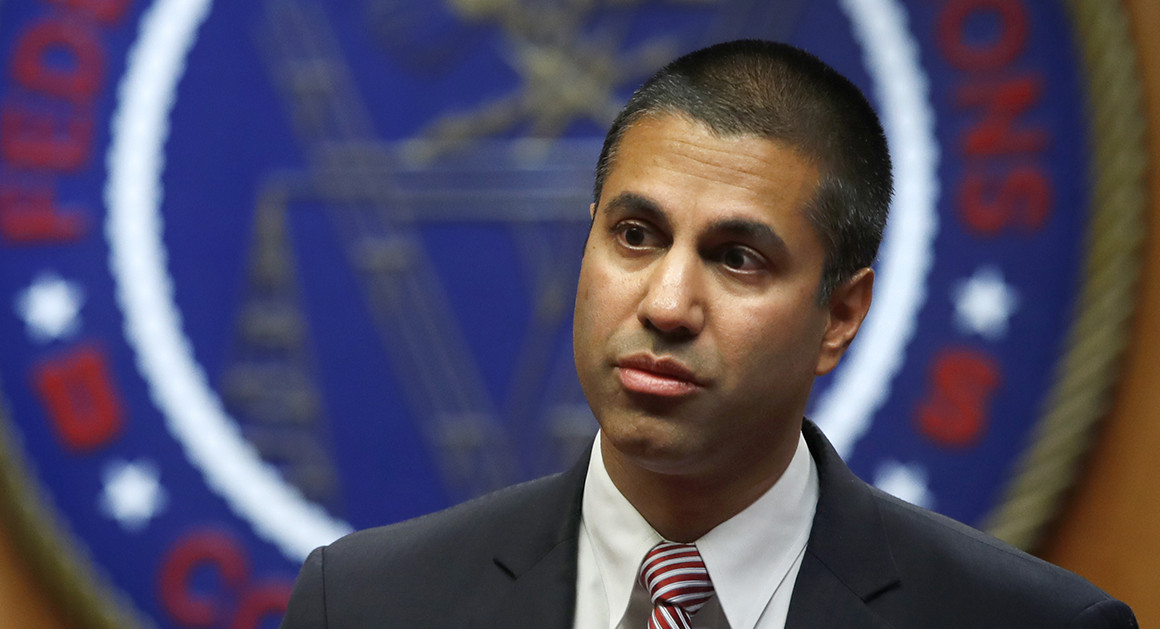 A California man is charged with threatening to kill FCC Chairman Ajit Pai’s children because he was “angry” about the repeal of net neutrality regulations, the Justice Department said today.

Markara Man, 33, of Norwalk was arrested in Los Angeles and charged with threatening to murder an immediate family member of a U.S. official.

One of the emails, sent Dec. 20, to Pai’s government and personal accounts had the subject line “Cheers.” The body of the email listed the names and addresses of three preschools in and around Arlington, Va., where Pai lives, followed by, “I will find your children and I will kill them,” according to the affidavit against Man.

The FBI traced the email’s to Man’s home and confronted him in May 2018. Man acknowledged sending the email that threatened Pai’s family, and said he used the address “STUBBLEMANLINESS@GMAIL.COM” to hide who he was and because he thought the handle sounded “tougher,” the affidavit said.

Man told the FBI he was “angry” about the repeal, saying, “They pretty much ignored, like, 80 percent of comments … they ignored ‘us,’ and just didn’t care,” according to the affidavit.

Man gave law enforcement an apology letter to Pai that said, “I’m sorry I made a threat against your kids. That was crossing the line. I hope you’ll change your mind … but I doubt it.”