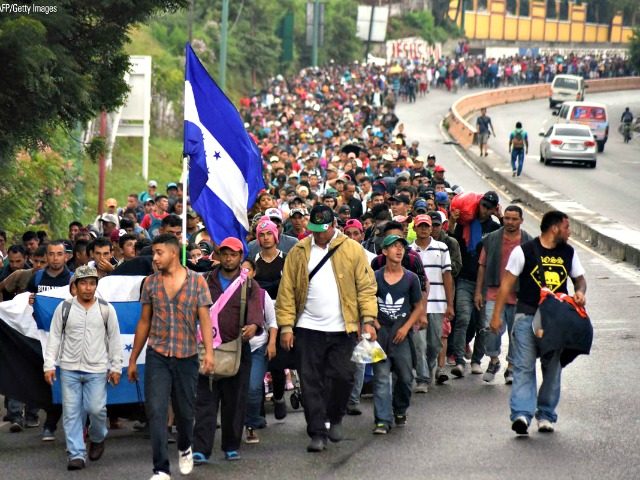 President Donald Trump suggested Thursday that someone was paying migrants in the caravan traveling to the United States from Honduras.

“We’re starting to find out, and I won’t say 100 percent, I’ll put a little tiny question mark at the end … but a lot of money has been passing through people to come up and try to get to the border by election day,” Trump said during a campaign rally in Montana.

The group of over 4,000 migrants is currently traveling through Guatemala, although the president did not cite evidence on Thursday to back his claim that some of them could be paid.

The president said the caravan would be stopped before they reached the border, mocking Democrats for trying to influence the immigration issue.

“They wanted that caravan, and there are those who say that caravan didn’t just happen,” Trump said.

He told supporters the Mexican government would “hopefully” stop the caravan before it reached their own Southern border.

If Mexico failed, he reassured the crowd, he would send the military to the Southern border.

He ripped Democrats for favoring illegal immigration, accusing them of wanting to import more voters into the United States.

“Hey, they’re not so stupid when you think about it,” he said. “But they are crazy.”

Trump repeated that he needed more Republicans in Congress to help him change the immigration laws, calling them the “worst in the world” for allowing migrants to claim asylum and get released into the country.

He admitted that the flood of migrants coming into the country was “his fault.”