‘When you’re in that pen, you really do feel like a zoo animal…’ 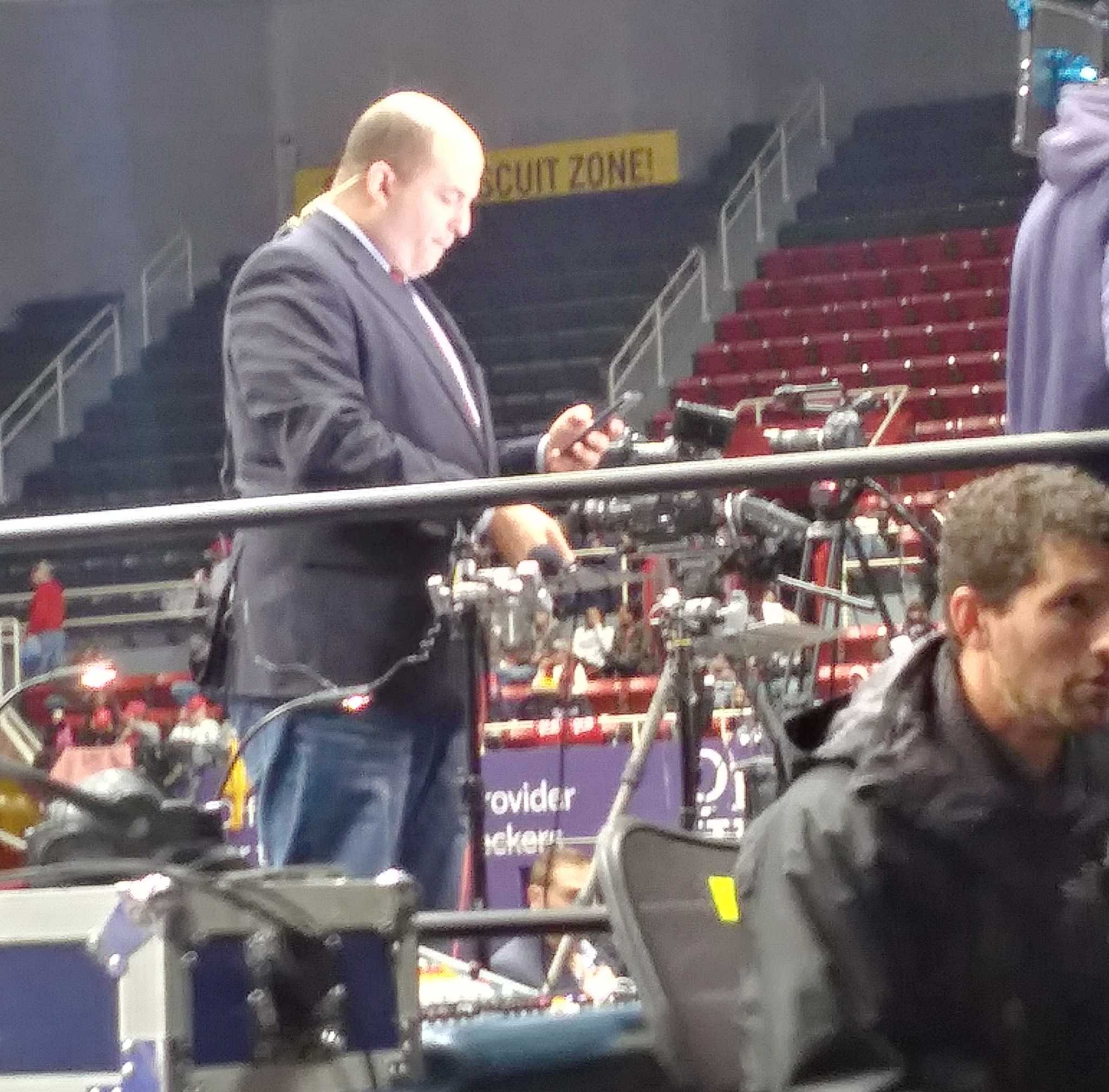 (Ben Sellers, Liberty Headlines) For someone whose title is “chief media correspondent,” CNN’s Brian Stelter raises a lot of questions about how much he really understands the media.

On Friday, as his colleague, frequent White House antagonist Jim Acosta, headed to California to receive a press award, Stelter took the reins covering a rally in Charlotte by President Donald Trump.

I was there, as well.

On Sunday, Stelter posted what might best be described as a firsthand anthropological study of what he said was his first Trump rally. “I was two years too late,” he said. “I should have gone to a rally in 2016. I’m a media reporter, after all, and Trump is putting on a show at these campaign events, complete with a booming soundtrack and a grand finale that regular rallygoers know by heart.”

The details he included in his rehashing of it—my first Trump rally as well—were familiar, but the experience was far from it.

“When you’re in that pen, you really do feel like a zoo animal,” Stelter said. “Rallygoers gawk at you, take pictures of you, and sometimes sneer while they walk by, saying things like, ‘You’re fake news’ and ‘enemy of the people.’”

In some ways, CNN was the star of its own side-show. Fewer people recognized Stelter than would have Acosta, although many scanned the “press pen” for signs of the network, which had its place-marker—right beside Fox News at the specially designated network table—turned over backward.

What perhaps Stelter and other members of the press found jarring was that it was an inversion of the usual situation, for journalists accustomed to pointing the lens at other people to have the tables turned. But as possibly the second most “famous” guy in the room (arguably of higher profile than Sen. Pat Tillis and other North Carolina politicians, as well as a NASCAR driver or two) Stelter of all people should not have found the fishbowl to be anything out of the ordinary.

Stelter noted that during the rally, a handful of friendly campaign staffers ushered the media to and from the bathrooms upstairs, presumably to ensure they were granted access back into the secure press area, where cameras and tables were set up.

However, the experience in no way seemed unusual for those who frequent press events. And it hardly felt restrictive—if anything, the metal barriers were there for the media’s convenience, allowing journalists and cameramen to move about and do their jobs with relative freedom—although it was still a tight squeeze at times.

The biggest amenity, by far, was bypassing the entry line on the cold and rainy afternoon, but otherwise, the press were treated no differently than the commoners who surrounded them.

I met a student reporter from Elon University who said she had been given media credentials and then subsequently got booted from the “pen.” We both agreed that there was little advantage in where I stood from where she was.

As far as I know, nobody kept Stelter, either, from going into the audience if the media “zoo” grew to claustrophobic.

For the most part, Stelter got right the fact that many of the people,  there for the spectacle above all, were more curious than hostile. They were genuinely interested in being a part of that moment in history—and maybe getting on TV to boot, whether it was the real news or the “fake news.” Just as with a professional wrestling event, the line between fact and fiction was sort of blurry, but that didn’t seem to matter.

By the following day, however, Stelter’s tone seemed to have changed. He unleashed on Twitter, saying, “I left the rally in Charlotte even more certain that Trump is leading a hate movement against the media.”

I, for one, stood in the same place, met and interacted with the same people, and saw the heart and soul of America represented in the crowd’s passion. Although I had the benefit of identifying myself as local media instead of a major network, I felt far more simpatico with the gawking crowd than with the camera-laden platform of media tourists applying makeup before their stand-ups.

I am fairly confident to say that the way Brian Stelter left the rally (before the speech was over) was with the same biases and assumptions he entered it with—but for a brief, fleeting moment, maybe even he was moved by the cameraderie.