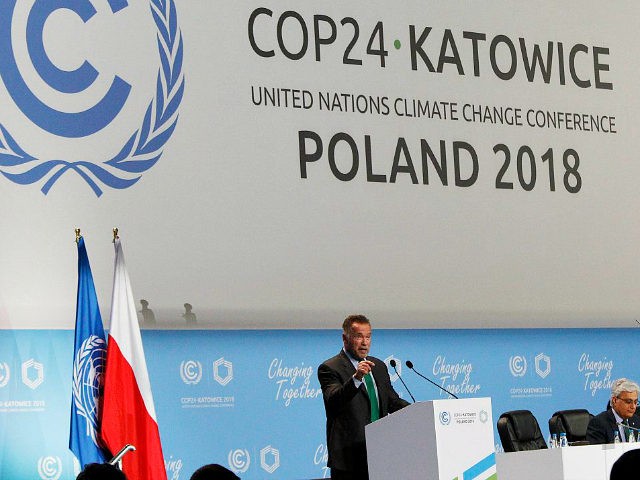 Both the United States and China have snubbed the latest round of United Nations climate talks in Katowice, Poland.

Representatives from nearly 200 countries met in Katowice, Poland, on Sunday, marking the beginning of two weeks of talks to save the 2015 Paris deal on climate change. But the US is not attending the COP24 conference after Donald Trump pulled America out of the UN agreement in a major blow to the deal. And China is not expected to send its top politicians to the talks but merely a couple of low-level delegates.

Undermining the climate change meeting even further the host nation Poland also remains committed to coal, which is the most polluting of all fossil fuels.

According to a BP report, in 2017 China was the world’s biggest coal producer, with 1747.2 million tonnes oil equivalent (mtoe) of coal produced.

Despite the utter pointlessness of the shindig, which will achieve nothing other than a final statement wreathed in meaningless platitudes, no fewer than 22,000 delegates will be attending. Each will, of course, be accompanied by their hefty carbon footprint.

The UK’s delegation is led by Claire Perry, and consists of 52 bureaucrats.

NGOs are sending more than 6000, all designed to put pressure on elected politicians. For some reason, there does not appear to be anybody representing ordinary people’s interests!

If you believe the Guardian, the person representing ordinary people’s interests was venerable broadcaster Sir David Attenborough, who squandered his prestige on opening day with unfounded, antiscientific claims about unprecedented “manmade disaster”:

The naturalist was chosen to represent the world’s people in addressing delegates of almost 200 nations who are in Katowice to negotiate how to turn pledges made in the 2015 Paris climate deal into reality.

As part of the UN’s people’s seat initiative, messages were gathered from all over the world to inform Attenborough’s address on Monday. “Right now we are facing a manmade disaster of global scale, our greatest threat in thousands of years: climate change,” he said. “If we don’t take action, the collapse of our civilisations and the extinction of much of the natural world is on the horizon.”

Attenborough appears to have forgotten what he said only a month ago — that people were starting to find eco-hysteria a “real turn-off” and that in future he would endeavour to dial it down.