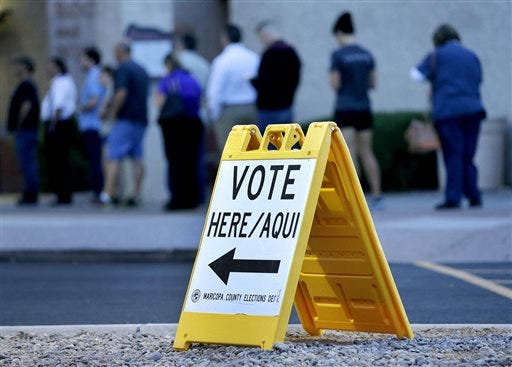 The economics professor from MIT had bragged the law was deliberately written in tortured and confusing language in order to fool the American voter and famously said, “lack of transparency was a huge political advantage.” Gruber also sneered that the overall strategy to have the bill passed into law “depended on the stupidity of the American voter.”

How could Gruber be confident that enough voters would be so stupid as to support Democratic efforts to take control of our healthcare? Well, for one thing, he’s not only a Democrat, but part of their aristocracy. Even more importantly, Gruber is an academic elitist. In other words, making sure people remain stupid about basic economics has been the primary focus of his life’s work. But he’s hardly alone.

How bad is it? Try reading Howard Zinn’s warped “alternative” version of history sometime.  Or better yet, read The End of Biblical Studies — written by, you guessed it, an atheist/professor of religious studies (who does not appreciate my work, if his threats to sue me for libel were meant to be taken seriously.)

Unfortunately, these are only two examples of many. Our education system has been completely overrun with dogmatic liberals, from kindergarten through college. The youth of today are being thoroughly indoctrinated into liberal groupthink and encouraged to become obnoxious activists on issues like climate change, demanding drastic action without debate or discussion.

What else might explain the popularity of Bernie Sanders and Alexandria Ocasio-Cortez? How could anyone believe that socialism might succeed in the United States when it has failed miserably everywhere it’s ever been tried? Socialism offers a promise of utopia via a fair and equitable redistribution of wealth, but the reality is a totalitarian government, equally distributed misery, and bread lines. The only people happy with a socialist government belong to the ruling class.

Speaking of bread lines, Bernie Sanders once went on the record to say that bread lines are good. Only a complete idiot or truly evil person would argue that lining up for food is good, because food lines mean that food is scarce, not plentiful. When a line forms to purchase any commodity or product, it means that demand is great and believed to exceed supply. That’s usually taught in the introduction to economics.

Any argument advocating socialism can be easily defeated using a single word: Venezuela. Ironically, as Bernie was defending bread lines in the video at the link above, he said the alternative to socialism (and bread lines) was no food. Bernie said that without socialism, the rich would continue to eat and the poor would starve. But that’s exactly what has happened in socialist Venezuela. Maduro stuffed his face on national television, while the Venezuelans were losing twenty-four pounds on average. Ninety percent of the country lives in poverty, but Maria Gabriela Chavez (the daughter of Hugo Chavez) lives in a palace and has a net worth of $4.2 billion dollars.

Now how’s that for wealth redistribution? Sound fair to you?

Bernie Sanders likes to say that he’s not a socialist, he’s a democratic socialist. According to him, there’s a huge difference between the two forms of government. But Bernie says a lot of crazy things, and the mainstream media never challenges him, even when what he says makes no sense or completely contradicts something he’s said in the past. For example, in 1987 Bernie admitted that universal healthcare would bankrupt America, yet today he promises to implement universal healthcare as part of his campaign for president.

Was Bernie lying then, or is he lying now? Does he care if his fiscal policies bankrupt America?

What are the differences between “regular” socialism, democratic socialism, and National Socialism? Didn’t the people of Venezuela (theoretically) vote for Chavez and Maduro?

Democrats might want us to believe that “democratic socialism” is somehow different and better than ordinary socialism and not comparable at all to National Socialism, but they can’t give us the details in how the ideologies specifically differ. However, there is clearly a common denominator — the word socialism, and the evil it always represents.

Interestingly, for a guy who has never put in an honest day’s work in the private sector in his entire life, Bernie Sanders is surprisingly well off. He owns three houses; one in Washington, one in Vermont, and a “lake cottage” worth six hundred grand. Bernie Sanders has an estimated net worth of approximately two million dollars — not too shabby for a bum who wants your money.

It isn’t terribly difficult to understand how an airhead like Alexandria Ocasio-Cortez could get elected when you keep in mind the average Democrat voter, but it’s hard to fathom the popularity of Bernie. She’s young and pretty. Bernie, not so much. Then Ocasio-Cortez opens her mouth and says, “I think…”

It won’t be long before voters get tired of hearing about what Sandy O thinks. So far, her “thinking” has cost the state of New York an estimated $27 billion dollars in tax revenue because a private business (owned by rich liberal Jeff Bezos) would have saved another $3 billion in additional tax revenue to the state due to incentives for that business to build a new facility in Queens, creating thousands of new jobs. And she’s only been in office for a couple of months. Imagine how much more damage she’ll be able to do over the next two years!

Question: do the Democrats honestly believe they stand a fighting chance of defeating Donald Trump in 2020 with Bernie Sanders on a platform consisting of any form of socialism? Trump’s economy has done very well, and unemployment is at historic lows.

How will Democrats be able to harp on the bogus “Russia collusion” nonsense if Bernie becomes their standard bearer? Remember, he’s the guy who literally spent his honeymoon in Moscow. As for the other “major” contenders, most of them signed on to Sandy O’s Green New Deal before they knew it eliminated air travel and regulated cow farts.

How are they going to defend endorsing that insane policy paper?

As far as collusion is concerned, if the media cared about doing their job instead of acting as the public relations department for the Democratic Party, some intrepid reporter would dig up Ted Kennedy’s seditious letter to the Russians sent in 1984, proving the Democratic Party have been in collusion with the Russian government and acting against the best interests of the United States for decades.

The sad thing is Jonathan Gruber was telling the truth. The Democrats are counting on their voters to be stupid.