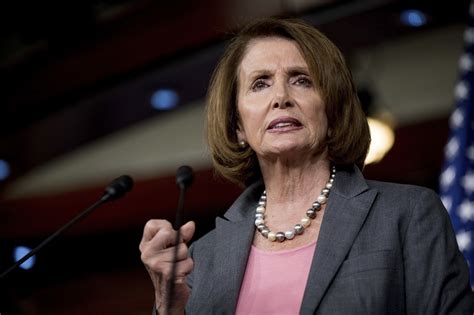 Speaker Pelosi and her party are no longer on the same page.  Mrs. Pelosi’s recent revelation that she’s not for impeachment directly contradicts the political priorities of many — if not most — on the American left.  Recent actions by House Democrats make this clear.  By most indications, number one on the progressive agenda is not national security, the economy, jobs, health care, education, abortion, or even the climate.  The highest priority for many congressional Democrats and their base is the impeachment of President Trump.  As Byron York noted last week:

[Rep. Jerrold] Nadler’s talk with ABC was the clearest indication yet that Democrats have decided to impeach Trump and are now simply doing the legwork involved in making that happen.  And that means the debate among House Democrats will be a tactical one — what is the best time and way to go forward — rather than a more fundamental discussion of whether the president should be impeached.

On Monday morning Nadler released a list of 81 names of Trump associates from whom the Judiciary Committee is requesting documents in what Nadler called “the first steps of an investigation into the alleged corruption, obstruction, and other abuses of power by President Trump, his associates and members of his administration.”

Nadler and his impeachment allies are in this position only because Democrats wrested control of the U.S. House from Republicans last November.  With one seat in North Carolina still pending, in the 2018 midterms, the Democrats had a net gain of 40 seats, giving them a total of 235 in the U.S. House.  According to Ballotpedia’s election accounting, there were 82 so-called “battleground” U.S. House districts in the 2018 midterms.  Of these 82 districts, 46 changed party hands.

The Democrats flipped 43 House districts, while the GOP flipped only three.

To give a better picture of the partisan swing that occurred in the 2018 midterms, examine the Cook Partisan Voter Index (CPVI; a nice table is here).  According to the CPVI, after the 2018 election, only one district (New York 24) rated D+3 or higher belongs to Republicans.  On the other hand, 22 districts rated R+3 or higher are now occupied by Democrats.  (Recall that the Democrats needed to flip 23 seats to gain control of the U.S. House.)  The Democrats won nine districts that were rated R+6 or higher.  In other words, Democrats won more than a few seats in solidly Republican districts.

In case you’ve forgotten — Mrs. Pelosi seems not to have — Democrats did gain control of the U.S. House not by promising, pledging, or even hoping to impeach President Trump.  They could not have flipped as many GOP-leaning districts as they did with such a message.  Democrats gained control of the U.S. House by talking down impeachment, dismissing impeachment, or ignoring it altogether.

According to my research, of the 43 seats they flipped, only one victorious Democrat — California’s Harley Rouda — made impeachment a priority of his winning campaign.  Other than Rouda, even just days before the 2018 election, as the prospects of Democrats retaking the House grew, I couldn’t find another Democrat in those 43 races who was openly talking about impeachment.  In fact, among such candidates, virtually without exception, impeachment was discussed only when the media brought it up.

The battleground districts won most easily prove this the best.  For example, Democrat Susan Wild won Pennsylvania’s 7th congressional district (rated D+1 by the CPVI) by 10%.  According to The Washington Post, in late August, in a piece that notes how Democrats “are avoiding the word” (“impeachment”), Wild declared, “I don’t want to see a two-year distraction.”  She added, “I think, honestly, impeachment proceedings would obviously derail getting other things done in Congress.”

In the same piece, the Post notes that a day after Michael Cohen surrendered to the FBI and pleaded guilty to eight criminal charges, Wild “did not issue so much as a tweet” to mark the event — “joining other Democrats in swing districts with her silence.”

[I]f Donald Trump is right about an issue that is going to affect my people in my district or in my state or in the United States of America, I will say he’s right[.] …

If Donald Trump was — or any president — was guilty of high crimes and misdemeanors, and all a number of serious issues, then you have to look at that.  But, I’m certainly not going there in my mind thinking, “Gee, I want to impeach Donald Trump.  That’s what my job is.”  It is not.

California billionaire and political activist Tom Steyer has scheduled an October fundraiser for 9 Democratic challengers for seats in the U.S. House, most of whom have been silent on Steyer’s pet issue of impeachment. …

Records searches for five of the nine candidates turned up no comment or position offered on the idea of impeaching President Trump[.] … Those candidates and their corresponding house district are Jessica Morse (CA-04), Josh Harder (CA-10), T.J. Cox (CA-21), Katie Hill (CA-25), and Mike Levin (CA-49).

In early October of 2018, in a debate, Levin declared, “I do not seek impeachment.”  Just a week out from the election, Katie Hill believed that “[t]alk of impeaching President Donald Trump is a waste of time until Special Counsel Robert Mueller’s investigation is completed.”

“Let’s wait on Robert Mueller” was a common theme from battleground Democrats.  Jason Crow (D) beat five-term republican Mike Coffman in Colorado’s 6th district (rated D+2) by 11.2%.  Just over a month prior to the 2018 election, The Colorado Sun reported:

Crow isn’t fully embracing calls from some in his party to seek Trump’s impeachment — at least not yet.  He says he wants to see what Special Counsel Robert Mueller digs up in his investigation into possible Trump campaign collusion with Russia.

Just days from the 2018 election, New Jersey’s Mikie Sherrill — who won NJ-7 (rated R+3) by 14.7% — joined her New Jersey battleground colleagues in calling for restraint on impeachment.  She declared, “Congress should support Special Counsel Robert Muller’s investigation and allow him to finish his work.”

There are dozens of similar examples.  I chronicle all of the flipped seats here, including Democrats in what were deemed hotly contested U.S. House races, and their campaign positions on impeaching President Trump.  What’s more, even Democratic leadership — including Mrs. Pelosi — were not fond of talking about impeachment while they were trying to take back the U.S. House and Senate.

With the Mueller investigation looking more and more like a dud and the Russia-Trump collusion farce being exposed for what it really is, many Democrats now want to target President Trump’s finances as a means of impeachment.  “Impeachment is the only answer,” says Maxine Waters — right, because nothing else has worked so far.

If collusion has truly collapsed, to pivot to Trump’s finances as an attempt to remove him from office only makes Democrats appear as if their mouths remain filled with sour grapes over the 2016 election.  A seasoned politician such as Mrs. Pelosi knows this all too well.  Thus, avoiding impeachment is not a matter of President Trump not being “worth it.”  It’s simply a matter of election math and politics.  Speaker Pelosi may need to conduct some tutorials.

Trevor Grant Thomas — at the Intersection of Politics, Sc