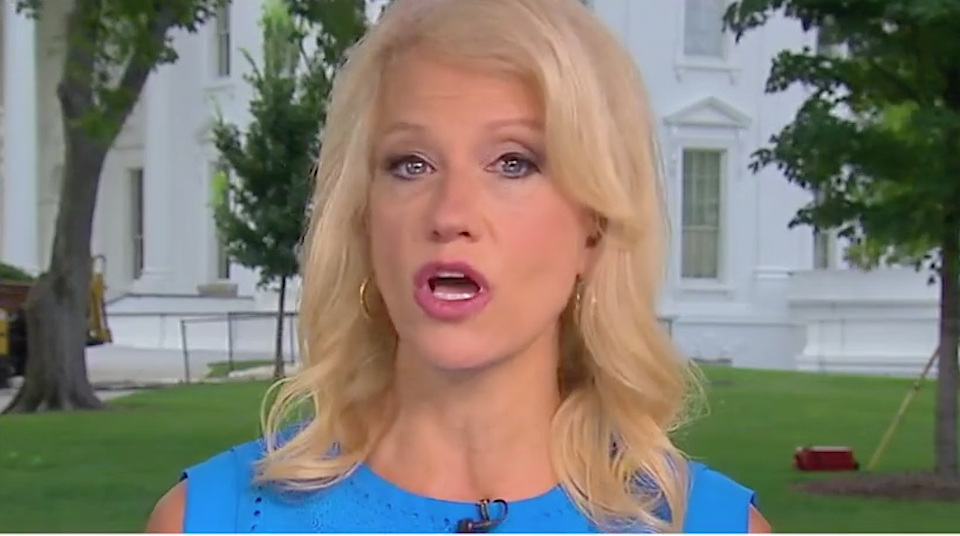 Kellyanne Conway implored people to read the manifesto of the “eco-fascist” that massacred 50 people in a terrorist attack on a Christchurch Mosque and an Islamic Center. Conway said President Trump is mentioned “one time” and that the shooter is ideologically more aligned with China than with conservatives.

“Unlike like most mass shootings, this man came with pre-receipts, if you will. He put out a 70-page manifesto, and I guess everybody scoured it, searched for Donald Trump’s name, and there it is, one time. But he also said he aligns closely with the ideology of China. He said he’s not a conservative, he’s not a Nazi, I think he referred to himself as an eco-naturalist or an eco-fascist. But people should read the entire — it in its entirety,” Conway said Monday on FNC’s ‘FOX & Friends.’