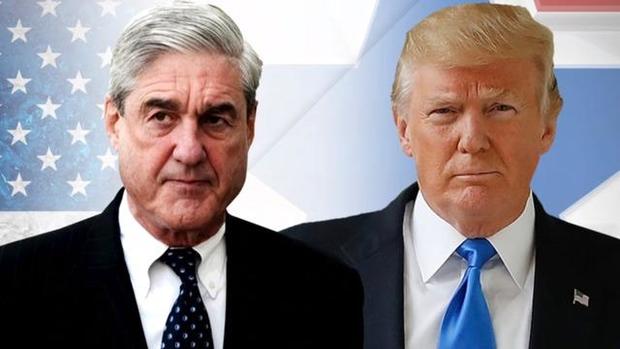 I do feel for our liberal friends, I really do after their weekend from hell. To be disappointed by Mueller, and humiliated by Trump, when everything seemed to be going so swimmingly! The shame of it!

It’s the ingratitude! Don’t those deplorables — Trumpists, Brexiteers, white nationalists, yellow vests — don’t they understand that everything they take for granted today — labor laws, old age pensions, education, health care, safety, clean air and water — were given to them by the activism and the peaceful protests of the progressives?

And now that the progressives are ethically progressing onwards to extend the sacrament of peaceful protest to new groups of the underprivileged — women, minorities, gays, migrants, Muslims — the ungrateful populist hounds selfishly insist that not a word of the old welfare-state Latin Mass be changed.

So I understand the outrage of the educated class at the election of Trump. Just like the McCarthyites two generations ago, our baffled educated class knows there must be reds under the beds, some vile conspiracy responsible for the unspeakable insult of rejecting their kind and beneficent rule. There has to be a conspiracy! At the highest levels of government! No wait, our guys are at the highest levels of government, so the conspiracy has to be, well, something or other, so let’s sic Robert Mueller on the contemptible fiends that are colluding to overturn our enlightened and ethical rule!

And now the Mueller game has ended, according to the attorney general, in bupkis — from the Yiddish, don’t you know — meaning that the real story is that the Obama administration “conspired and coordinated with” the FBI and the DoJ and the intelligence community “in its efforts to influence the 2016 U.S. presidential election.”

To coin a phrase: what did the President know and when did he know it? Obama, that is.

It would be fun for the late-night comedy giants to make jokes about the parallels between the monstrous crimes of the Spanish Inquisition and the noble Mueller probe.

Do you think that our late-night millennials would get the joke? I have my doubts.

Now, here’s a splendid book just out, reviewed here, about The Unmasking of the Administrative State by John Marini of the University of Nevada and the Claremont Institute.

Marini has two aims. First, to retell the history of American political ideas in the 20th century, in order to offer an alternative to the institutional progressive consensus. Second, to show the practical problems of the progressives’ administrative state and then make the theoretical case against it.

Yes, yes, jolly good show, chaps. But the current populist movement is not really opposed to the progressives’ administrative state as such. It just doesn’t like the rulers putting government benefits at hazard by with crazy new projects.  The Trump and Brexit voters are not telling the administrators to take their welfare-state pensions, and health cares, and educations, and put them where the sun don’t shine. No indeed. It’s the new projects they don’t need. Medicare for All? We get health insurance at work. Student debt? My kid’s earning $150,000 a year fracking down in Texas. Green New Deal? Over my dead SUV. The deplorables are just telling their neo-feudal lords that we are the loyal serfs, from time out of mind, and forget the wretched of the Earth beyond the borders. The rulers and their bureaucratic underlings are supposed to be protecting us, the voters, and not the helpless victims beyond the seas. And you’d better not touch grandpa’s Social Security and grandma’s Medicare benefits, either.

But we understand! We can see how our educated Subaru drivers with their snooty administrative-state sinecures might be a bit miffed about all this. After all “we” did for them, the ungrateful racist sexist homophobes!

If you ask me, it’s all adds up to a magnificent Hegelian dialectic. On the one hand we have the thesis of the progressive administrative swampies with their mindless gotta-be-a-victim-in-here-somewhere ideology; on the other hand, we have the antithesis of the conservative/libertarian intellectuals that have been roto-rooting socialism and the administrative state to little effect for the last century. We have the new populists burning down the Champs Elysées on the one hand and the trendy lefty activist peaceful protesters on the other risking their smartphones, their parents’ fortunes, and their intersectional honor staging fake hate crimes in campus safe spaces, making out that they are the true voice of the oppressed.

Are we having fun yet? I can’t wait to find out what the great Hegelian synthesis will be.

Christopher Chantrill @chrischantrill runs the go-to site on US government finances, usgovernmentspending.com. Also get his American Manifesto and his Road to the Middle Class.

Vaccine Deaths
~Steve Kirsch: Number of People Killed Worldwide by Covid “Vaccines” Is 40X the Number of Americans Who Were Killed in World War II~Vaccine Companies Responsible For Thousands Of Deaths During COVID Peak Says Dr. Birx Book~Government data show that 1 out of every 246 covid vaccinated people DIES within 60 days~One out of every 800 people over 60 who gets vaccinated for covid DIES, says scientist~Police Investigate 12-Year-Old Girl’s Death After She Suddenly Collapses While Running