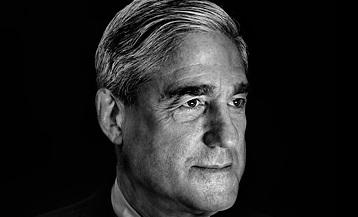 Liberal expectations were dashed. Byron York at the Washington Examiner reacted to Robert Mueller sending his report to the Justice Department with no further indictments by making a list of “5 things that didn’t happen in the Mueller investigation.” It quickly became clear that the media intensely speculated about a pile of terrible outcomes for Team Trump that didn’t occur….which makes all those hours of speculation sound like….Fake News.

1. Mueller did not indict Donald Trump Jr., Jared Kushner, or other people whose purported legal jeopardy was the subject of intense media speculation in the last year.

2. Mueller did not charge anyone in the Trump campaign or circle with conspiring with Russia to fix the 2016 election, as was the subject of intense media speculation in the last year.

3. Mueller did not subpoena the president, as was the subject of intense media speculation in the last year.

4. The president did not fire Mueller, as was the subject of intense media speculation in the last year.

5. The president did not interfere with the Mueller investigation, as was the subject of intense media speculation in the last year.

The entire story isn’t told yet. But at this point, the liberal media need an energetic pressure to admit they have wasted hours and hours of “news” time imagining outcomes that don’t look like they will materialize. Liberal journalists expected Mueller to build a case for scandalous collusion between the Trump campaign and the Russian government. There was…. “no collusion” — no criminal conspiracy. Instead, the “news” channels merely channeled their wishful thinking.

A political cynic could make the point that it didn’t matter whether Mueller ever indicted Trump or his inner circle. What mattered was driving up the negatives of Trump and the Republicans. By this measurement, the “news” business created favorable conditions for a “blue wave” in the midterms by creating the impression that Trump was guilty of rampant criminality that needed a Democratic government to curtail.

Finally, the most perverse — and yet completely predictable — outcome to the Mueller news was yet another feverish burst of negative speculation that there must be incredibly damaging details in what Mueller will report to the Attorney General and Congress.