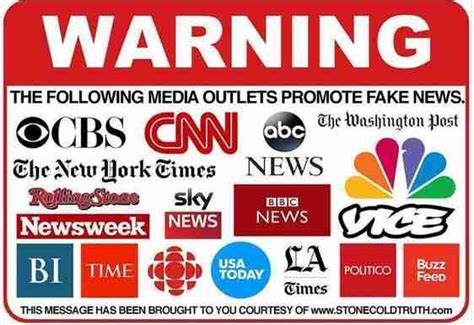 So, the Mueller report finally dropped and lo-and-behold, the most obvious hoax in recent history turned out to be a hoax. For all of Trump’s faults, collusion and obstruction aren’t among them.

The various excuses by those who perpetuated this fraud have been fascinating to behold. Many of the poor souls who fell for this farce hold out hope. Others who perpetuated continue to double down. Mother Jones, for example, says that despite Mueller’s findings, “ Trump and his gang betrayed the United States in the greatest scandal in American history.” Many others are demanding we #ReleaseTheFullMuellerReport because obviously this is only the “Barr Report.” #NeverTrump neocon Jennifer Rubin, for example, has a pinned tweet stating “It would behoove the media to point out it is FALSE that Mueller exonerated Trump of obstruction. The report explicitly said that, as Barr quoted. BARR exonerated Trump which is ridiculous.”

Ridiculous, I tell you!

Others have shifted their attention to the Southern District of New York as if this whole charade didn’t even happen. Others are downplaying the results as if the Democrats, neocons and former intelligence officials weren’t yelling “treason, treason, treason” for years now. I’ll remind you that Time magazine had a frontpage cover of the Kremlin merging with the White House!

Former CIA director John Brennan (who engaged in illegal torture, illegally spied on the Senate when they were investigating that and then perjured himself about it), blithely opined that “I suspected there was more than there actually was.” No big deal, right John?

This is the same guy who called Trump a “traitor” and confidently predicted there would be more indictments.

Other reactions have been even more humorous, such as Rachel Maddow holding back tears as she briefed her audience on the report. Her fragile emotional state makes sense. After all, Maddow has dedicated virtually every show to the Russia hoax for the last two years. She even asked, with a straight face, what you would do if Russia hacked our power grid in the middle of a cold front because “Russia can just shut off the electricity. They have that ability now.”

Somehow Maddow wasn’t the worst, though. Jonathan Chait argued that it was possible Trump had been a Russian asset since 1987!

So, the Soviet Union was on the verge of collapse, but the Kremlin was still trying to groom a Manchurian Candidate to take power in the United States 30 years later… There is simply no way the first round of McCarthyism was ever this over-the-top and stupid. At least the first go of McCarthyism had some truth to the matter as the Venona Project showed there were plenty of Soviet spies implanted throughout the federal government at the time.

Chris Matthews threw a temper tantrum because Mueller didn’t personally interview Trump and instead allowed written answers to his questions. And Bill Maher stubbornly noted that “I don’t need the Mueller report to know Trump is a traitor.”

Who needs evidence when you have feelings, right?

Remember when the left was making cringy memes of “Mueller time” or when SNL sang an even more cringeworthy “All I Want for Christmas is Mueller” bit last December?

Many supposedly respectable figures on the left gave credibility to the most absurd conspiracy theorists such as Seth Abramson, The Palmer Report and Louis Mensch; who claimed that Putin assassinated Andrew Breitbart to put Steve Bannon in charge of Breitbart.com.

Then of course there are the actual politicians. Adam Schiff, the chairman of the House Intelligence Committee, has been on network television too many times to count blabbing about “collusion” this and “conspiracy” that. In February of this year, he said there is evidence “in plain sight” of collusion. Now, he’s giving some mealy-mouthed blather about how “the country must see the evidence.” Trump must be proven innocent beyond a reasonable doubt, I guess.

Senator Richard Blumenthal said “there are indictments in this President’s future. They’re coming.” Congressman Eric Swalwell confidently stated that “…Donald Trump was part of a criminal campaign, a criminal transition and now presides over a criminal presidency.”

With the exception of Tulsi Gabbard, every serious Democratic contender for President pushed the Russia hoax. And yet, here we are. Not a single American citizen has been convicted, let alone indicted for colluding with the Russians to steal the 2016 election. Not one.

That’s after over two years, millions of dollars spent, a Congressional investigation, a Senate investigation and a Special Counsel investigation initiated on dubious grounds of which 13 of its 18 prosecutors were registered Democrats. Mueller’s investigation itself issued 2800 subpoenas.

And yet, not one.

Instead we have a few Russian bot farms, a handful of process crimes, and some decade-old financial misdeeds. All hat, no cattle to say the least.

The honest leftist Michael Tracey has summed up this dumpster fire as well as anyone could,

“The entire Trump-Russia saga was predicated on what became an impenetrable self-reinforcing cycle of confirmation bias and group think: Journalists scoured the internet for signs of a conspiracy, which were then picked up on by the FBI and/or CIA, and then the FBI and/or CIA’s resulting investigative actions would be taken as confirmation by the journalists that their theories were vindicated. It was mind-boggling to behold. Discerning media members should have been attuned to this dynamic, because it resulted in a profound disservice being done to the country on a scale that is almost too vast to properly conceptualize. But inexcusably, they chose to keep the fantasy going.”

We should now remember that CNN was at the forefront of demanding that Alex Jones be censored off all social media for pushing conspiracy theories. They succeeded in that. After all, conspiracy theories are dangerous. The Sandy Hook conspiracy theory inspired nutjobs to horribly harass the victim’s families.

On a related note, James Hodgkinson was radicalized by the mainstream press and noted “one of my favorite TV shows is ‘The Rachel Maddow Show’” before attempting to assassinate dozens of Republican senators and congressmen.

Alex Jones certainly has some nutty conspiracy theories. But as we’ve seen, he can barely keep up with the mainstream press!

There have to be very serious consequences for this. In a just world, Rachel Maddow, Chris Hayes, and just about every host at CNN and MSNBC would be fired immediately and their accounts censored off of social media for pushing divisive fake news and damaging conspiracy theories. Unfortunately, that world doesn’t exist.

Still, this is a “never forget” moment. The blinding trust in these liberal “defenders of democracy” must be eroded. Never again can we take their word for what is “fake news” and what is not. Never again can we allow them to dictate who should be on social media and should not be.

The mainstream liberal press has betrayed the trust of the American people in a cynical ploy to try to remove a President they openly hate while lining their own pockets. Don’t allow them to move on to the next topic as if nothing happened. Their credibility is gone. Don’t let them forget it.