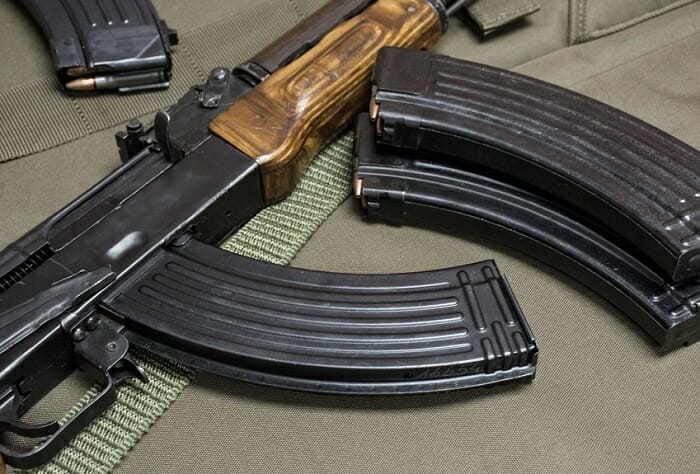 Gun-owners, they are coming: on March 21, a Fredericksburg man was prosecuted and convicted of the misdemeanor crime of merely holding a B.B. gun in public.  I know because I was in the trial, as the attorney defending Mr. Wolff.

The Second Amendment protects the right to keep and bear arms.  However, gun control activists are trying to criminalize gun ownership.  Their next step is that you are a criminal if you take a gun out in public.  If they have to let you own a gun, you can’t ever take it out of its case.

Now they claim that it is illegal to “open carry” a firearm.  The mere existence of a gun if anyone else is around now has become the crime of “brandishing” and/or “assault” (which means frightening people, contrary to popular misunderstanding) or both.

In Virginia, in the Fredericksburg General District Court, my client was charged with two counts of “brandishing” a firearm under Va. Code § 18.2-282 and two counts of assault under the all-purpose (vague) Va. Code §18.2-57, for a single incident that took no more than 30 seconds.  (In my own defense, I took the case knowing that Virginia statutes are bad and need to be challenged by a campaign of appeals.)

In the early morning of January 3, 2019, Mr. Wolff — who because of the pain of his injuries did not sleep most of the night — heard a loud commotion in the private athletic club parking lot right to him.  There was a history of trespassing, drunken parties, and police activity there.  He described often seeing the blue flashing lights of police cars filling his living room from that spot over the years.  He knew that the parking lot was blocked by a cable and a lock, so anyone parking there would be committing a crime, including breaking the cable and the lock.  Just last week, he found a .22 bullet casing in that parking lot.

He testified that he did not know what was going on, so he took his B.B. gun for his own protection.  Standing in his own yard, he shouted across the fence, “What are you doing there?  That is private property.”  The woman then shouted, “He’s got a gun!”  The man and the woman then calmly walked away, never answering his question.  They were “flaggers” assisting a road construction project, but nobody had ever informed Mr. Wolff before.  His question was never answered.  He went back into his townhouse, thought the incident was over, and went back to his morning meal.

Nobody suggested that he ever pointed the B.B. gun at anyone, nor that he waved it or flourished it in an ostentatious or angry manner (referring to dictionary definitions of “brandish”).  But he was then arrested for two counts of “assault by intimidation” and two counts of brandishing, purely because the two workers said they were afraid.

There was body-cam video of the interviews after the fact.  Everyone agreed on the day of the incident that the defendant carried a B.B. gun by holding the barrel (the front tip up by his hip) so that the trigger end hung down near the ground, and that he held the B.B. gun down next to his leg. He then leaned it up against the fence.

There were four counts alleging two victims from the same incident.  So if you have a gun around ten people, you could be charged with twenty misdemeanors from one single action.  That would be ten crimes of brandishing by just holding the gun passively and ten crimes of assault from the same holding, because there are ten people around.

The judge seemed sympathetic but said that he felt constrained by prior court cases to find Mr. Wolff guilty of Va. Code § 18.2-282, which also criminalizes merely “holding” a firearm “in such manner as to” frighten someone.  The judge discussed with me that the statute is completely subjective from the standpoint of the complaining person.

I say this makes the statute unconstitutional — void for vagueness — because anyone can say he is afraid just because you are holding a gun.  How do you know what to means to hold a gun “in such a manner” as to make someone afraid?  There are no standards to follow.

How do you know if you are breaking the law?  What is “brandishing?”  Nobody knows.  There is no definition in the statute.  Virginia considers dictionaries, but those definitions are all over the map.

We should all be offended by vague and ambiguous laws that can be bent like putty in the hands of prosecutors or police.

Va. Code §18.2-282 and similar laws nationwide are unconstitutional because they are “void for vagueness,” in violation of the due process rights of the U.S. Constitution.  Mentions in precedents and dictionaries are inconsistent as well as incredibly vague and ambiguous.

Neither I nor Mr. Wolff has the funds to, but someone needs to take this all the way up to the U.S. Supreme Court to strike down these vague laws.

Many of the events on January 3 were captured by police “body worn camera” video, which is still available to confirm every detail.  The trial was captured by court reporting firm Frances K. Haley & Associates, Inc.

Now, in order to take the case to Second Amendment organizations like the Virginia Civil Defense League, Gun Owners of America, and the NRA, or The Rutherford Institute with John Whitehead in Virginia, it is necessary to show the court reporter’s transcript to them.  They need to know that this case is a good example of the legal question before going forward with it.

Mr. Wolff is a disabled veteran living on a small pension.  He needs help to pay $1,300 for the court reporter’s transcript.  Otherwise, he won’t be able to take the case up on appeal.  If anyone cares about the growing assault on every American’s Second Amendment rights, please help with a donation of whatever you can manage, large or small.