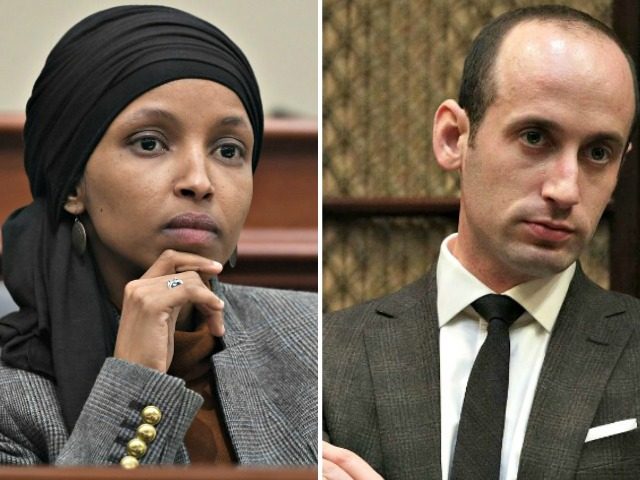 “Stephen Miller is a white nationalist. The fact that he still has influence on policy and political appointments is an outrage,” Omar said in the tweet.

Omar’s tweet linked to a story from Splinter News, which noted a CNN report that Miller requested President Trump to withdraw his nomination of Ron Vitiello to head Immigration and Customs Enforcement.

The Minnesota Democrats’ claim of Miller being a white nationalist drew immediate criticism, as it was pointed out that Miller is in fact Jewish.