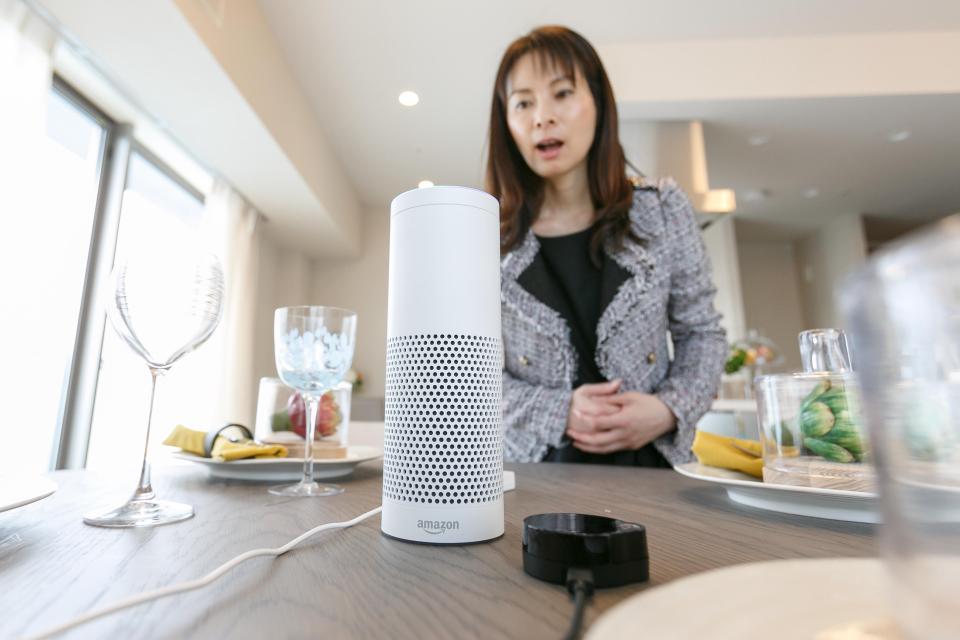 As many as 1,000 clips are reportedly analysed by full-time and contracted Amazon workers every shift – with some recording intimate moments and harrowing crimes

AMAZON is listening to customers through Alexa devices – with employees recording thousands of clips including a woman singing in the shower and a sex assault, it emerged last night.

Full-time workers and contractors at the online retail giant reportedly sift through as many as 1,000 recordings per shift – and even share “amusing” clips between themselves.

They said the recordings – made through Amazon devices like the Echo speaker – are linked to the customer’s first name, their device’s serial number and even their personal account number.

Listened to by voice review employees worldwide, some of the clips feature intimate private moments in customers’ lives – and even record harrowing crimes.

Among the clips listened to by the former employees was a recording of a woman singing in the shower.

Another recorded the sound of a child screaming – while a third recorded a sexual assault taking place, the employees said.

STAFF LAUGHING AT YOU

Staff would then share some recordings among themselves through an internal Amazon chat room when they were difficult to understand – or if they found them funny.

Amazon last night confirmed the staggering revelations – which will unnerve millions of Alexa users across the globe.

A spokesperson for the trillion-dollar company said that “an extremely small sample of Alexa voice recordings” are analysed by staff.

They added that the process “helps us train our speech recognition and natural language understanding systems, so Alexa can better understand your requests, and ensure the service works well for everyone.”

But they insisted that “all information is treated with high confidentiality” using “multi-factor authentication to restrict access, service encryption, and audits of our control environment to protect it.”

But both companies insist the recordings are completely anonymous and are not paired with customers’ accounts.

Amazon’s website insists that Alexa is not recording all users’ conversations.