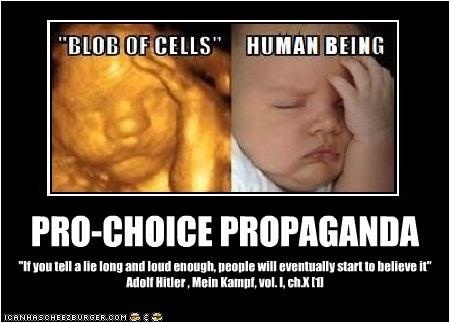 Before I actually went to see the film Unplanned, I read the review in Variety by Owen Gleiberman, who called it effective propaganda (if you’re part of the choir).  He writes: “Unplanned” isn’t a good movie, but it’s effective propaganda — or, at least, it is if you belong to the group it’s targeting: those who believe that abortion in America, though a legal right, is really a crime. It’s hard to imagine the movie drawing many viewers outside that self-selected demographic. “Unplanned” preaches to the pro-life choir, and it does so by making a case against abortion that’s absolutist and extreme, at certain points twisting “facts” into a narrative of conspiracy.

The author of this hit piece uses the word propaganda as a negative, which is how most people generally view it. Propaganda is bad, or is it? The definition for this word is more nuanced:

Propaganda-information, ideas, or rumors deliberately spread widely to help or harm a person,

In the case of the film, Unplanned, I found it to be very informative because it is based on the true experiences of a former director of Planned Parenthood, Abby Johnson, who reveals her experience working inside this powerful organization. Many pro-lifers like me have always considered PP the largest abortion provider in the country, but it this isn’t a view shared by everyone. PP has succeeded in presenting itself as a provider of health care and protector of women’s reproductive rights more so than an abortion provider.

Abby Johnson had been awarded PP’s employee of the year award in 2008, and had also presided over thousands of abortions. But she had never actually seen the procedure. Once she witnessed the complete destruction of the fetus, she was consumed with guilt over what she called her naïveté and gullibility — and her own two abortions.  She regretted the lies that she had been forced to tell PP’s clients because she had really believed that she was doing good for women’s reproductive rights.

After confronting a PP official about why the nonprofit organization was demanding a larger quota of abortions, she was told bluntly that non-profit is a tax status, not a business model. Planned Parenthood is an abortion provider, Abby was told. It was what was paying her salary and the bills of the facility she was working at.

Although her first abortion at the clinic was a normal procedure, her second was by what is known as the “morning after” pill. As a counselor, she had been telling potential clients how simple it would be to just take the pill. But her own experience was horrifying as she suffered great pain and massive bleeding. The truth is, once the uterus has to expel the fetus, the body goes into painful labor no matter how tiny the fetus is. This is about the only graphic scene in the film, which for some same reason received an R rating. This is a shame because it should be shown to teenagers who are ultimately most of PP’s clients.

Although most of the moviegoers who have seen this film have commented on various websites that it will be a tearjerker, and they say to bring tissues, I confess that I did not shed a tear. I found it infuriating that it took so long for the movie industry to expose the truth about this very powerful evil corporation that is bankrolled by the deaths of millions of babies.

About the only difference between a Planned Parenthood clinic and Kermit Gosnell’s notorious abortion clinic is that the PP clinic shown in Unplanned is spotless, while Gosnell’s clinic (as shown in the excellent film Gosnell: America’s Biggest Serial Killer) is filthy, and a deathtrap for his clients. The Gosnell film was swept away by distributors who kept it from being widely shown, but fortunately, it is available on DVD. It relies on direct testimony from Gosnell’s trial and shows actual photos taken from his clinic after his arrest.

Both types of abortion clinics have been protected by legislators of both parties who still refuse to see abortion as the death of unwanted babies and instead regard it as a fundamental right of a woman to choose. Although some critics have opined that this film will be a game changer for the pro-choicers, I don’t expect it to change anyone’s mind about abortion except for those who’ve been wavering on this issue. It takes a very cold heart for someone to be working at PP for years while ignoring the humanity of the souls tossed away like refuse.

Abby Johnson was chosen to become the director of that Planned Parenthood clinic because she did not shy away from touching the fetal remains in the P.O.C. room. She was told it was the pieces of children area where remains were reassembled to ensure that all the ‘pieces’ had been extracted. Her supervisor told her she was the first worker that displayed that dispassionate response and would make a fine successor to continue what needed to be done.  Ms. Johnson may have been cold-blooded enough to handle the remains of an aborted child but it took viewing the sonogram of a live baby fighting for its life before being sucked away by a powerful vacuum to wake her up to the truth.

If I have one criticism of the film, it is that no mention is made of the options and resources besides abortion. There are protestors shown outside the clinic but aside from telling the arriving clients not to abort, no further referrals are offered. There are many crisis pregnancy clinics that provide shelter and aid to those unwilling to kill their babies. Adoption is just one of the options. while shelter and aid is available for those who decide to keep their babies. I support goodcounselhomes.org and Expectant Mothercare (emcfrontline.org) as much as I can.

Perhaps the liberal Variety writer thinks Unplanned is propaganda, but I prefer to see it as providing the truth exposing Planned Parenthood as one organization that should not get taxpayer funding anymore.  My definition of propaganda are films like Vera Drake, The Cider House Rules; and If these Walls Could Talk and other films that show abortionists to be doctors with intact souls. Fake, fake, fake.