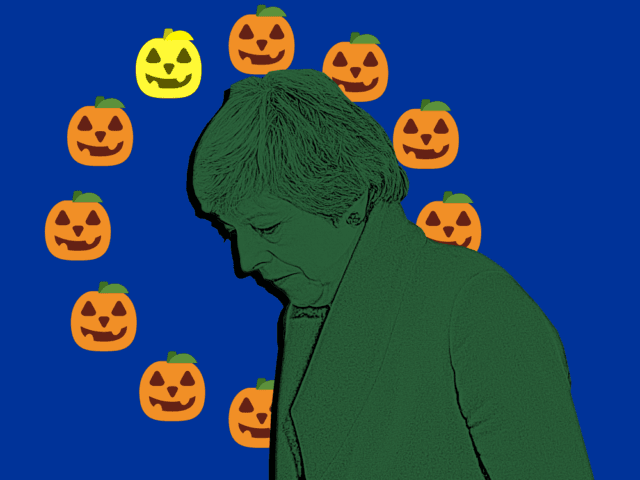 UK Prime Minister Theresa May’s request to delay the official Brexit date for a second time — already set years after the Brexit referendum — has been granted by the European Union, pushing the British departure from the bloc back to October 31st.

The delay to the end of October means, except in the case of an unlikely sudden breaking of the Parliamentary logjam that is both preventing May’s deal and blocking a no-deal Brexit, the United Kingdom is going to be taking part in late May’s European Union Parliament elections.

The date comes as a typical European Union compromise between two distinct camps that emerged during the marathon six-hour discussion between European heads of government in the Council chamber last night.

On one hand was European Council President Donald Tusk, who led calls to give Britain a much longer delay than requested, up to a year in all. While Theresa May had asked for June 30th as a new date — and even previously implied she would resign if Brexit ran any longer, later walking back from that — Tusk said earlier in the week it was better to give Britain more time rather than having a series of short extensions, subjecting Europe to a succession of cliff-edge decisions.

In the other camp was French President Emmanuel Macron, who had grown frustrated with Brexit and wants it over with as soon as possible so he can return to his main focus of remaking the Union in his own image. For May, this shorter extension was also advantageous as it would have allowed her to keep up the intense pressure on Parliament to accept the controversial ‘deal’ she is working to pass on behalf of the European Union, as Britain’s predominantly remain-supporting Parliament do everything in their power to avoid a full, no-deal Brexit.

The compromise, then, is halfway between the two camps — October 31st — giving May Six months to convince Parliament to play along with the plan she and the European Union created to create what critics call a ‘Brexit in Name Only’.

The date has already elicited mirth in the British and U.S. press, where Halloween is marked on October 31st. Yet as the Daily Telegraph reports, it is not widely known across Europe and in the words of Irish President Leo

Perhaps articulating the frustration in Brussels that May has been unable to bring her Parliamentary colleagues onboard with the scheme, Council President Donald Tusk spoke at a 2am news conference and warned Britain: “Please do not waste this time”.

But the top Eurocrat struck a different tone when speaking in his native Polish to the domestic press. Rather than urging Britain to use the time available to respect the wishes of the 2016 referendum, he expressed his true desire to keep Britain in Europe altogether. Euractiv reports Tusk’s comments translated into English as: “Maybe we can avoid the UK leaving the EU – this is obviously not my role, but it’s my personal, quiet dream.”

Theresa May is expected to address Parliament today to update British lawmakers on the European summit later Thursday.