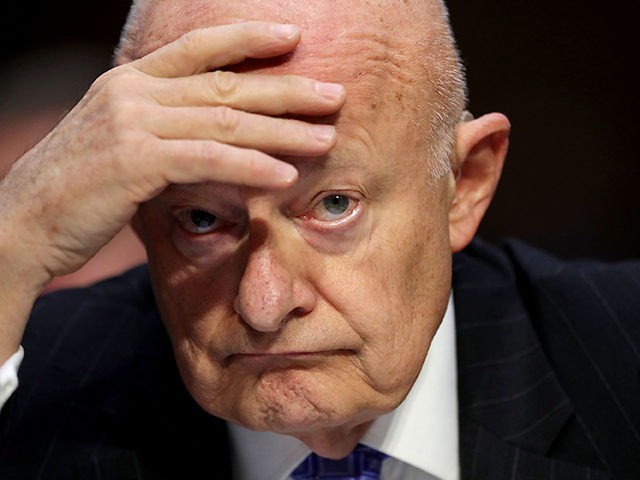 Appearing Wednesday on CNN, former Director of National Intelligence James Clapper said it was “stunning and scary” for Attorney General William Barr to testify that “spying” occurred on the 2016 Trump campaign.

“Stunning and scary… I was amazed,” says former spy chief James Clapper on AG Barr’s “spying” remark. “What you expect from the attorney general is some independence and objectivity, not reciting talking points that he’s heard from the President and other of his supporters.” pic.twitter.com/tFWyjrzwJA

ANDERSON COOPER: When you heard what the attorney general said today, that spying did occur on the president’s campaign, I’m wondering what your reaction was.

JAMES CLAPPER: Well, I thought it was most stunning and scary. I was amazed at that and rather disappointed that the attorney general would say such a thing. The term “spying” has all kinds of negative connotations, and I have to believe he chose that term deliberately. And I think it’s incredible that if he has concerns, he would have easily on his first day on the job, after his confirmation, asked his own IG, the Inspector General of the Department of Justice, for a briefing on his preliminary, in the course of his investigation, that is, the IG’s investigation, whether there was any wrongdoing by the FBI. I think it would have been far more appropriate for him to just defer to that investigation rather than postulating, apparently with no evidence. He just has a feeling that there was spying against the campaign.

One other big point here that I want to make to you, Anderson, is we’re losing sight here of what started all this, and that was the Russian meddling, the Russian interference in our election process. And the Russians propose a profound threat to this country, and based on the success they enjoyed as a result of their meddling in the 2016 election, they’re going to continue that, and we’re not focusing on that. We’re focusing on this circus about whether or not whether someone was spying on the campaign, which I think is a gross misstatement.