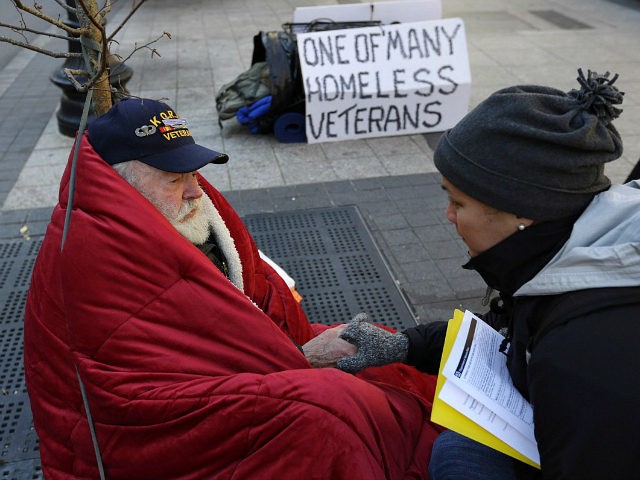 Sanctuary cities across the United States are responding to President Donald Trump’s threat to bus border crossers and illegal aliens to their jurisdictions, saying they plan to welcome all illegal immigration with “open arms” despite soaring homelessness problems.

Last week, Trump threatened to bus border crossers and illegal aliens into sanctuary cities and states, like California and New York City, if the country’s asylum laws were not changed. White House Press Secretary Sarah Huckabee Sanders on Sunday confirmed that the White House is considering the plan.

“The USA has the absolute legal right to have apprehended illegal immigrants transferred to Sanctuary Cities,” Trump posted on Twitter over the weekend. “We hereby demand that they be taken care of at the highest level, especially by the State of California, which is well known or it’s poor management & high taxes!”

Sanctuary city mayors like Oakland, California, Mayor Libby Schaaf have responded to Trump’s threat by saying they plan to welcome any and all illegal aliens to their cities — even those cities that are struggling with rising homelessness. Currently, there are nearly 38,000 homeless American veterans across the country.

“Oakland welcomes all, no matter where you came from or how you got here,” Schaaf wrote on Twitter.

“Undocumented immigrants are our neighbors and part of the backbone of our economy,” de Blasio wrote online. “It’s mind-boggling that they aren’t allowed to have driver’s licenses in New York State.”

In interviews with the Daily Beast, sanctuary city mayors from Philadelphia, Pennsylvania; Chicago, Illinois; and Cambridge, Massachusetts, said their jurisdictions would be happy to welcome all illegal aliens.

Philadelphia, Chicago, and Cambridge have a combined homeless population of at least 12,000 residents. In the state of Massachusetts, alone, there are now more than 20,000 homeless residents, including almost 1,000 homeless American veterans.

“The city would be prepared to welcome these immigrants just as we have embraced our immigrant communities for decades,” Philadelphia Mayor Jim Kenney said.

Burlington, Vermont, Mayor Miro Weinberger said in a statement that illegal aliens were vital to making his city “more prosperous” and “more diverse.”

“We know from decades of experience that newcomers to Burlington will make us more prosperous, more diverse and stronger, just as generations of past immigrants have driven our past growth and success,” Weinberger said.

In total, there are more than 550,000 American residents who are homeless nationwide. Meanwhile, the U.S. admits more than 1.5 million illegal and legal immigrants every year — the overwhelming majority of which are low skilled workers who compete for jobs against America’s poor, working, and middle class. The Washington, DC-imposed mass immigration policy drives housing costs up for Americans, economists have found.