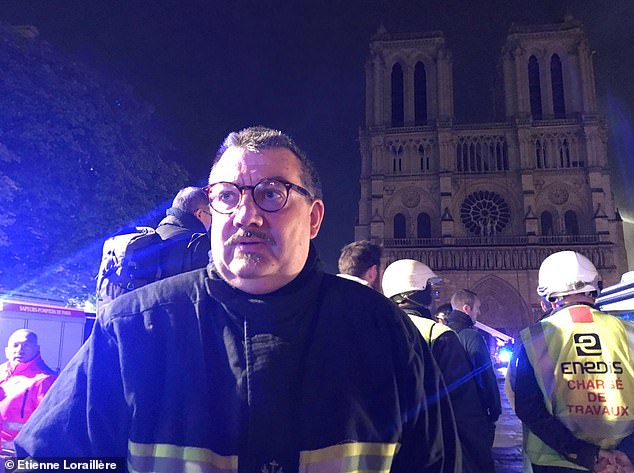 Source: Peter Allen In Paris and Chris Dyer For Mailonline

A French priest who helped the wounded in the Bataclan terror attack on Paris and who survived an ambush in Afghanistan also emerged as a hero of the Notre Dame fire today.

Jean-Marc Fournier, chaplain of the Paris Fire Brigade, rushed straight for the relics housed in the cathedral to rescue the the Blessed Sacrament and the Crown of Thorns relics from the blazing building on Monday night.

It was feared that both religious artefacts would be lost as flames engulfed the medieval building, but Father Fournier made sure they were taken to safety.

Four years ago he also comforted the wounded after the worst terrorist attack on Paris this century when 89 people were massacred at the Eagles of Death Metal concert in 2015.

During his time as an army chaplain, Father Fournier, survived an ambush in which 10 soldiers were killed.