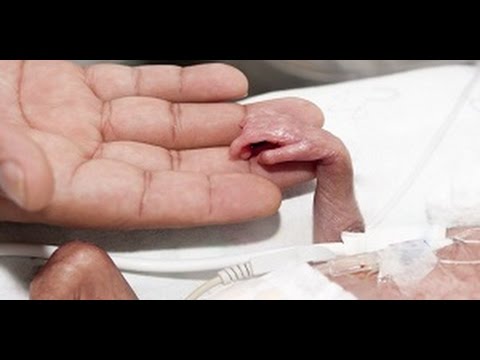 One thing the left is adept at is overreaching. Not content with a small victory, they prefer to double down, going double-or-nothing, and usually ending up closer to nothing than double. Some call this, “Perfect is the enemy of the good” and it is sage advice, whether in politics or in gambling. Pushing the Trump-Russia collusion coup is but one example of such overreach, as AG William Barr will soon demonstrate.

Abortion is the latest issue where Democrats, as well as their leftist cultural and media accomplices, have taken what is for them a solid win and are overreaching to the point that they will actually lose ground in one of their core missions of aborting as many babies as possible.

Roe v. Wade settled the abortion debate in 1973, legally although not morally, when the U.S. Supreme Court found that a right to privacy outweighed states’ rights to regulate abortion, with the ultimate compromise being a restriction on third-term abortions.

A subsequent court ruling in Casey v. Planned Parenthood further clarified the third trimester prohibition, eliminating the arbitrary trimester distinction, instead allowing abortion only until viability, which with modern medical care is usually in the second trimester.

The debate was never settled as it represented a textbook example of judicial activism. Nine unelected justices made the decision of when a woman can have an abortion. The legislative and executive branches of the federal government were left out of the decision, despite the fact that those two branches were elected by the people to represent the will of “we the people”.

Most countries legislate abortion rights and restrictions based on the vote of the peoples’ representatives, as in a legislature or parliament. Other countries such as Ireland decided abortion based on a ballot referendum, the true will of the people. Irish voters approved abortion on demand only up to 12 weeks, with certain exceptions. Northern Ireland maintains an almost complete ban on abortion.

The point is that these countries allowed their people, either directly or indirectly, to decide the issue. If voters don’t like the decision made by the legislature, they can vote out those they disagree with and elect new representatives who better reflect the will of the people.

In the U.S., there is no recourse. Supreme Court justices are appointed for life and there is no constitutional method to overturn their decision. Even a new law passed by Congress and signed by the President may be ruled unconstitutional, particularly on an issue already decided by the high court.

The Court is also reluctant to overturn settled law, or in lawyer-speak, the concept of “stare decisis.” Despite Democratic fearmongering predictions that every conservative appointment to the high court will lead to Roe being overturned, the decision still stands strong after 45 years.

One would think the left would be delighted, with abortion readily available, on demand, during most of a woman’s pregnancy. Not only available, but also funded through generous taxpayer contributions to Planned Parenthood. Why not quit while you are ahead? Why not accept the good rather than overreaching for perfect?

The first overreach was in New York State earlier this year when lawmakers applauded a bill that legalized abortion up to the time of birth. While liberals are cheering, the rest of the country was not.

Gallup found that 60 percent of Americans are accepting of first trimester abortions, with only 28 percent for second-term abortions, and a further drop to only 13 percent supporting the right to third-term abortions. The city lights of New York City may glow pink in celebration of full-term abortion, but most people don’t share in the glee.

Not content with good, Democrats in NY want perfect, at least in their warped eyes. Much the same happened in Virginia, where a proposed bill allowing post-birth abortion, also known as infanticide, fortunately did not pass. Virginia Governor Ralph “Coonman” Northam, a former pediatric neurologist weighed in on the bill saying,

Again, the Democrats overreached beyond what was an already liberal abortion policy. After Governor Coonman slipped up and gave the world a glimpse of his state’s attempt at legalizing infanticide, the governor was conveniently shown in either blackface or KKK robes, providing a much-needed distraction from his abortion views.

As Isaac Newton said, “For every action, there is an equal and opposite reaction.” The abortion reaction is now many states pushing “near-bans.”

Mississippi and Kentucky have passed laws that would ban most abortions after a fetal heartbeat is detected, which means as early as six weeks, when many women don’t even know they’re pregnant. Georgia could join them if Republican Gov. Brian Kemp signs a measure that has been sent to him.

Ohio is in process of passing a similar bill. Alabama may go further, with legislation introduced banning all abortion unless the mother’s health is in jeopardy. Other states are considering fetal heartbeat bills, including Tennessee, Missouri, South Carolina, Florida, Texas, Louisiana, and West Virginia.

This is actually the proper way for an issue such as abortion to be decided. The Tenth Amendment states, “The powers not delegated to the United States by the Constitution, nor prohibited by it to the States, are reserved to the States respectively, or to the people.” Abortion is just such an issue, as is same-sex marriage, transgendered bathrooms, and other social issues.

If New York wants unlimited abortion and Texas does not, each state gets to decide, just as states are doing with marijuana, both recreational and medicinal. One always has the option to move to a state more aligned with one’s values.

These state decisions will work their way through the courts and one case may end up at the Supreme Court. Given Trump’s past and future nominees, the settled law of Roe v Wade may be given a second look and possibly overturned.

It’s the overreach in states like New York and Virginia, pushing the limits of late-term abortion, that is creating the backlash. The rest of the world is not on the American left’s side of abortion with only seven countries permitting late-term abortion, meaning after 20 weeks, and several of those countries banning abortion after 24 weeks.

The U.S. is in the clear minority on abortion rights. Not content to call it a day, the left is pushing the limits to outright infanticide, a line most Americans won’t cross. And in response, many states will restrict abortion far more than Roe did, counter to the left’s original goal.

When the dust settles, abortion in America may be more restricted than at any time since the Roe decision, all because the left couldn’t leave well enough alone. Overreach has consequences, whether for abortion, or deep state meddling in an election and its outcome.

2 thoughts on “The Left’s Overreach on Abortion”