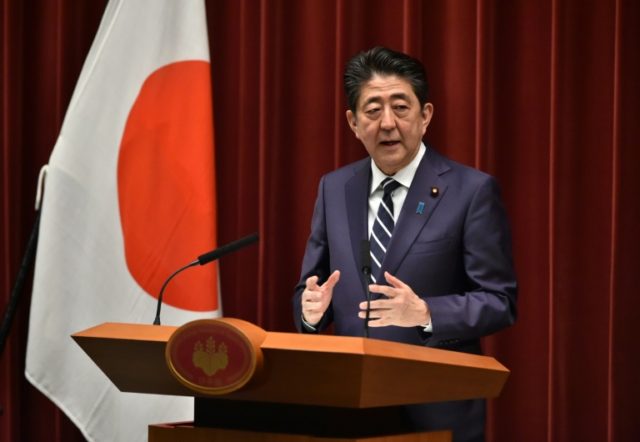 “The meeting between President Trump and Prime Minister Abe will reaffirm the United States–Japan alliance as the cornerstone of peace, stability, and prosperity in the Indo-Pacific region and around the world,” the White House said in a statement.

Trump and Abe will discuss developments regarding North Korea, as well as explore ways to “advance their shared vision of a free and open Indo-Pacific region” — the concept shared by the U.S., Japan, and like-minded nations that the region spanning from the Indian Ocean and the Pacific Ocean remain “free and open.”

Those ways will include steps to strengthen the U.S.-Japanese bilateral trade and investment relationship, the White House said.

The White House also announced that Trump and First Lady Melania Trump would travel to Japan from May 25 to May 28, to become the first state guests to meet with the new Japanese Emperor Naruhito.

“The state visit will deepen the close bonds between the American and Japanese people and will highlight the continued importance of our alliance and partnership,” the White House said.

“After meeting with Their Majesties the Emperor and Empress, the President will participate in a bilateral meeting with Prime Minister Abe,” it said.