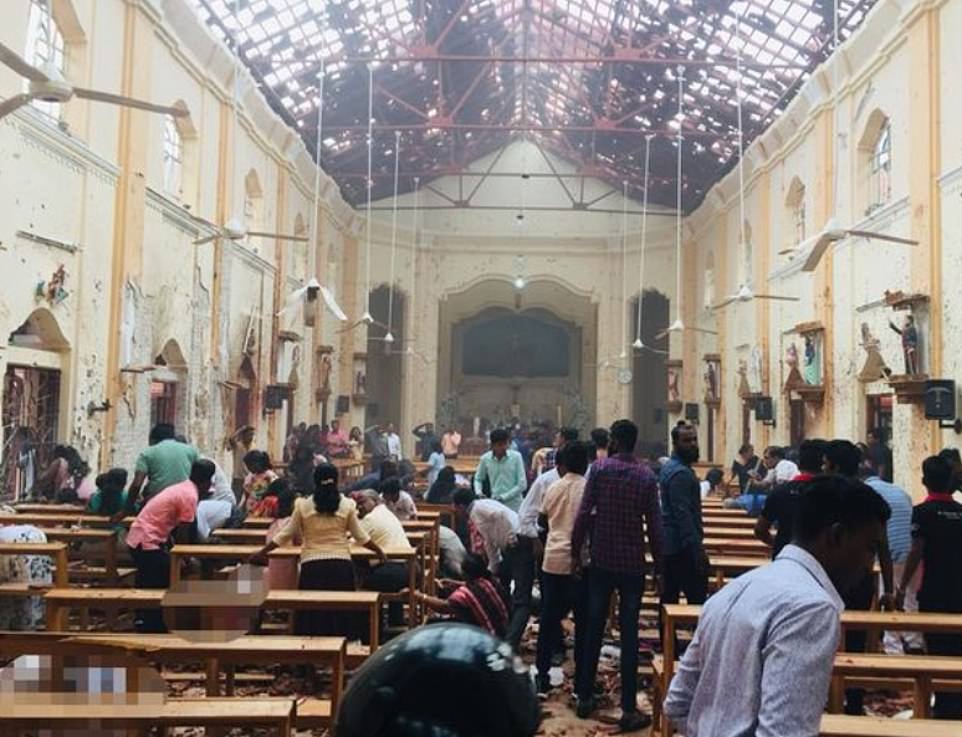 As many as 207 people are dead in an Easter Sunday terrorist attack targeting Christians in Sri Lanka after eight explosions ripped through high-end hotels and churches as suspected suicide bombers blew themselves up.

Seven suspects have been arrested after the explosions injured up to 500 people, and the country’s foreign minister said at least 27 foreigners were among those killed. Earlier reports indicated that nationals from the UK, US, Netherlands and Portugal were among the dead.

After an initial six blasts hit three churches and hotels – mostly concentrated near the city of Colombo – a further two were reported later in the day, killing 207 people, a police spokesperson said.

As details of the horror emerged, one hotel manager described how a bomber had checked into the Cinnamon Grand in Colombo under a false name, waited in a queue for a breakfast buffet and then blown himself up.

Britain’s High Commissioner to Sri Lanka James Dauris said: ‘We understand that some British citizens were caught in the blasts but we are unable to say how many people are, or might have been, affected.’

The country’s police chief had made a nationwide alert 10 days before today’s bombings, warning that Islamic extremists planned suicide bombings at ‘prominent churches’, sources say, but it is not yet clear what group, if any, is responsible for the attacks – and no one has yet claimed responsibility.