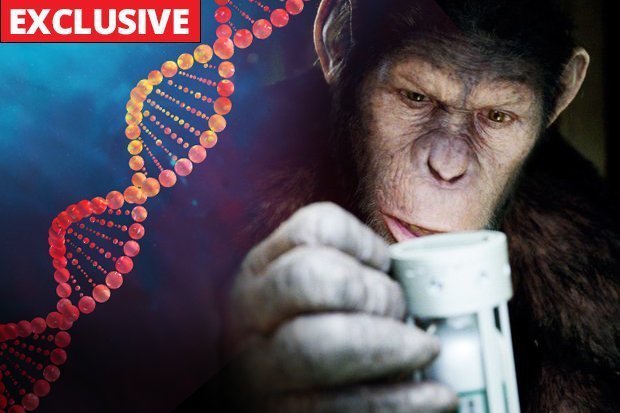 The Planet of the Apes-style experiment involved putting human DNA into monkeys and managed to successfully increase their intelligence – a terrifying scenario just like the film.

The Chinese scientists have defended their research but it has been widely slammed as reckless, with some western scientists saying it violates ethical norms.

The experiment was called “nightmarish” and “dangerous” and the earlier cloning of monkeys in China has left the animals displaying signs of schizophrenia, some experts said.

Isobel Hutchinson, the Director of Animal Aid, told the Daily Star Online the “nightmarish new form of experimentation” could have “unintended and far-reaching consequences”.

The campaigner slammed the “distressing attempts to blur the lines between species” and insisted that all forms of scientific testing on animals is cruel and wrong.