‘While the operation is alarming, it was actually quite modest in its scale and sweep…’

(Ben Sellers, Liberty Headlines) One of the few things both sides can agree on regarding the findings of the Mueller Report into Russian collusion is that the Kremlin did interfere in the 2016 election.

But in the wake of the report’s release, some are saying that the magnitude of those efforts may have been highly torqued up.

The Committee for Justice, a pro-Constitutionalist policy think-tank, said in a statement Thursday that, when put into perspective, the efforts by Russia’s Internet Research Agency to spread misinformation online actually seemed downright paltry.

Mueller’s findings concluded that the IRA had the capacity to reach millions of U.S. social-media users by the end of the presidential campaign.

This “gives the mistaken impression that the Russian operation had a substantial impact on the 2016 election,” said CFJ. “But while the operation is alarming, it was actually quite modest in its scale and sweep.”

The CFJ said it previously noted in a Wall Street Journal op-ed last August that the Russians reportedly spent a mere $46,000 on Facebook ads during the 2016 race. The official Clinton and Trump campaigns spent $81 million on Facebook ads by comparison.

“For every 25,000 items the typical Facebook user saw in his news feed, only one came from the Russians,” said the op-ed. 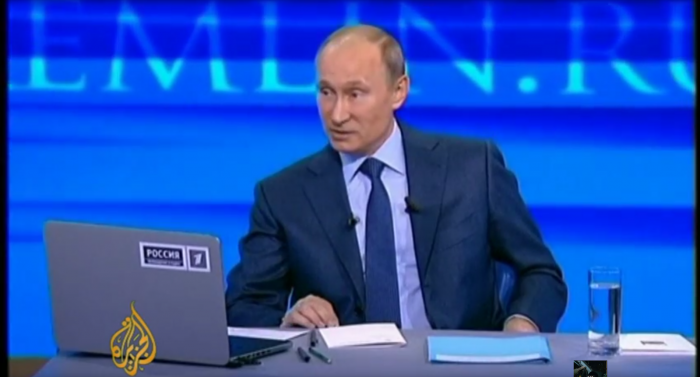 Even Google CEO Sundar Pichai, while testifying at a House Judiciary Committee hearing, said that what committee chair Jerrold Nadler, D-NY, claimed was “a massive disinformation campaign to influence the 2016 election” in fact amounted to a couple thousand dollars.

Likewise, the breathless reporting on Russia’s 1,000 disinformation videos uploaded to YouTube glossed over the fact that 300 hours’s worth of YouTube content is uploaded every minute, said the CFJ.

Meanwhile, it has long been reported that Clinton campaign surrogates Robbie Mook and John Podesta took active measures to concoct the fraudulent Russian narrative as a scapegoat for the campaign’s failures and to deflect against its own scandals.

Clinton’s own Russia collusion included working with sources in the Kremlin to devise the now-debunked Steele Dossier—which in turn was elevated by the Obama administration’s partisan intelligence community, then used to justify spying on the Trump campaign, leaked to the media and promoted by Trump opponents to form the basis of the nearly two-year Mueller investigation.

Attorney General William Barr said last week that he intends to investigate the spying that occurred and the circumstances surrounding the origins of the Russia-collusion probe.

Now facing the likelihood of investigation—possibly criminal—into their own actions, several of the key players in those efforts have pointed to the Russian interference confirmed by the Mueller Report as providing justification and vindication for their misconduct.

In a speech last week to technocrats in Sausalito, Calif., just across the bay from San Francisco, former FBI Director James Comey—who has openly encouraged followers to vote for Democrats—attacked Trump by saying his disregard for Russian interference may cause it to happen again in 2020.

It was only in relation to the hoax against Trump that the Obama-led agencies appeared to make any effort to follow through on concerns about Russia prior to Hillary Clinton’s defeat.

But Comey claimed, contrary to the actual evidence of what Russia did, that the FBI had drastically underestimated the threat on his watch. “I failed to push us to the decision point of how do we want to deploy against this threat effectively,” he said.

As for Barr’s charges of spying, Comey coyly pleaded ignorance: “I have no idea what he’s talking about, so it’s hard for me to comment.”

While assessing the release of the Mueller Report on Thursday, CNN correspondent James Clapper, the former director of national intelligence, agreed that the conclusions about Russian interference were “devastating.”

“Clapper and Brennan were key proponents of the big lie, exposed by the Mueller report, that President Trump colluded with the Russians,” said Judicial Watch President Tom Fitton. “… FOIA litigation is the best hope for getting full accountability on this attack on our constitutional republic.”