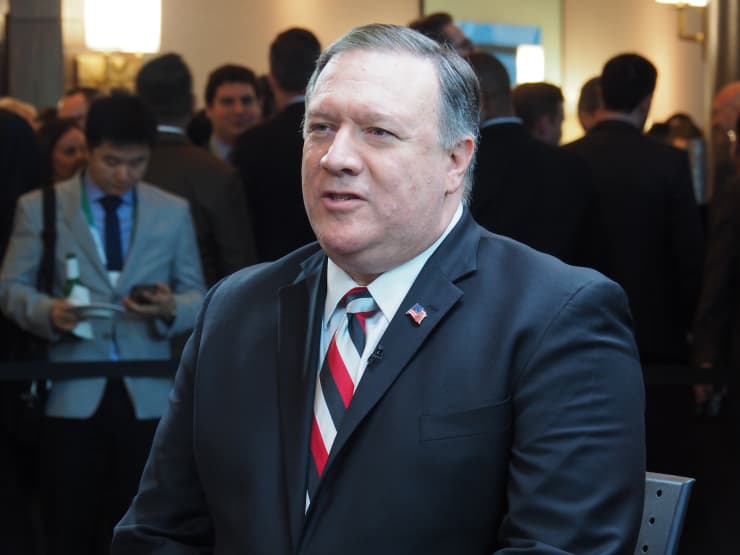 The Trump administration announced on Monday that it will no longer grant sanctions waivers to a handful of Iran’s oil customers, accelerating its mission of driving the Islamic Republic’s exports to zero.

The move threatens to wipe roughly 1 million barrels per day off the market at a time when analyst say oil supply is already tightening. Crude futures spiked to nearly six month highs on news of the move, which was first reported Sunday by the Washington Post.

The White House confirmed the reports ahead of a press conference with Secretary of State Mike Pompeo at 8:45 am ET.

“President Donald J. Trump has decided not to reissue Significant Reduction Exceptions (SREs) when they expire in early May,” the White House said in a statement. “This decision is intended to bring Iran’s oil exports to zero, denying the regime its principal source of revenue.”

Trump unilaterally withdrew from a 2015 nuclear accord with Iran last May and restored wide-ranging sanctions on the Iranian economy in November. At the time, his administration granted waivers to eight countries that allowed them to continue importing limited quantities of crude oil from Iran.

The market widely expected Washington to extend the waivers for five of the countries. However, sources say that any country still importing oil from Iran will be subject to U.S. sanctions beginning May 2.

The Trump administration will partner with Iran’s regional rivals Saudi Arabia and the United Arab Emirates to offset the drop in Iranian supplies, the White House said.

The Saudis and Emiratis are currently partnering with their fellow OPEC members and several other oil producing nations, including Russia, to limit oil supplies. The so-called OPEC+ alliance has been trying to keep 1.2 million bpd off the market since January, following a collapse in oil prices in the final months of 2018.

The announcement by the White House suggests the group will soon reverse course and hike output.

“The Trump Administration and our allies are determined to sustain and expand the maximum economic pressure campaign against Iran to end the regime’s destabilizing activity threatening the United States, our partners and allies, and security in the Middle East,” the White House said.

Three of the countries that received the exemptions — Greece, Italy and Taiwan — have already cut their imports to zero. However, analysts widely expected the Trump administration to extend the waivers to China, India, Japan, South Korea and Turkey, all of which took advantage of the waivers during the first six-month window that began in November.