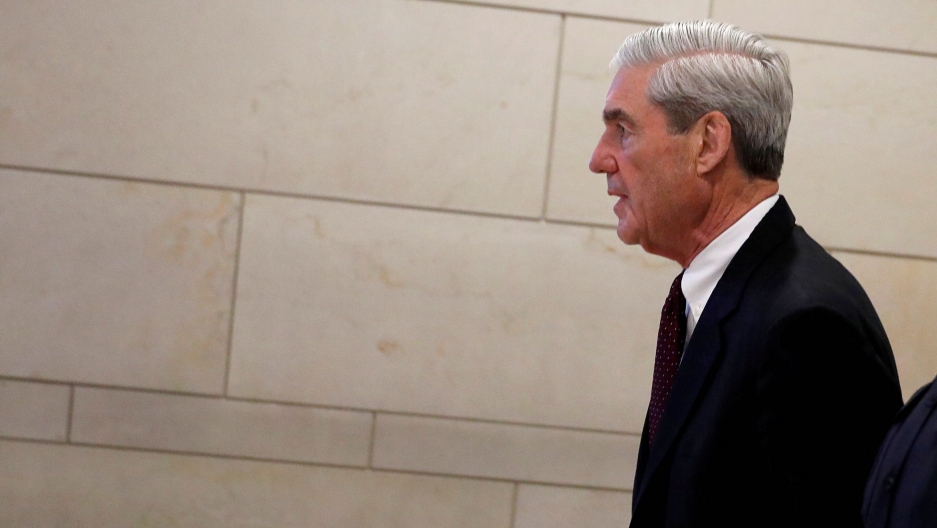 Despite the oceans of pixels, buckets of ink, and hours of  TV and radio coverage respecting the Mueller report, there are two important things underplayed or ignored: the ubiquitous nature of Russian interference from 2014 on, which Obama ignored, and the real target of the witch hunt — General Michael Flynn (and why). To get there, let’s  first quickly review the pre- and post- report major media coverage.

There are countless examples of the media beclowning itself when the left’s dream of a slam-dunk against the president failed. It was like the election night follies all over again.

To quote the satirical Babylon Bee: “CNN: ‘God Allowed the Mueller Report to Test Our Unshakable Faith in Collusion’”

Here are some examples.

CNN’s Jake Tapper indicated it was suspicious that Attorney General William Barr repeated several times that the report found no collusion between the Trump campaign and Russia. This after his network touted the notion of collusion hundreds of times over the past two years. As my friend Harry Lewis noted, this repetition   was “not only fair, but essential to driving home [the hostile media’s] malice, stupidity, and folly. Barr did that with great economy.”

At the Barr presser on the report, CBS’s Paula Reid suggested that the attorney general’s summary was too generous to the president. In particular, she questioned his characterization of the Mueller investigation as “unprecedented”. Barr who is clearly no lightweight, responded,

“Is there a precedent for it?”

“Okay so unprecedented is an accurate description, isn’t it.”

While most of the media blathered on, caught flatfooted in pushing for years the Clinton fable, not all were suckered in.

“John Brennan has a lot to answer for — going before the American public for months, cloaked with CIA authority and openly suggesting he’s got secret info, and repeatedly turning in performances like this.”

Glenn Greenwald, no fan of the president, produced what I consider the most detailed, fair response to the Mueller report:

In sum, Democrats and their supporters had the exact prosecutor they all agreed was the embodiment of competence and integrity in Robert Mueller. He assembled a team of prosecutors and investigators that countless media accounts heralded as the most aggressive and adept in the nation. They had subpoena power, the vast surveillance apparatus of the U.S. government at their disposal, a demonstrated willingness to imprison anyone who lied to them, and unlimited time and resources to dig up everything they could.

The result of all of that was that not a single American — whether with the Trump campaign or otherwise — was charged or indicted on the core question of whether there was any conspiracy or coordination with Russia over the election. No Americans were charged or even accused of being controlled by or working at the behest of the Russian government. None of the key White House aides at the center of the controversy who testified for hours and hours – including Donald Trump, Jr. or Jared Kushner — were charged with any crimes of any kind, not even perjury, obstruction of justice or lying to Congress.

These facts are fatal to the conspiracy theorists who have drowned U.S. discourse for almost three years with a dangerous and distracting fixation on a fictitious espionage thriller involved unhinged claims of sexual and financial blackmail, nefarious infiltration of the U.S. Government by familiar foreign villains, and election cheating that empowered an illegitimate President. They got the exact prosecutor and investigation that they wanted, yet he could not establish that any of this happened and, in many cases, established that it did not.

As he noted, here are some of the press accounts obliterated by the report:

Claims about the Trump Tower meeting in 2016 fell flat — there was nothing criminal about it.

One can debate whether it’s unethical for a presidential campaign to have dirt about its opponent released by a foreign government, though anyone who wants to argue that has to reconcile that with the fact that the DNC had a contractor working with the Ukrainian government to help Hillary Clinton win by feeding them dirt on Trump and Manafort, as well as a paid operative named Christopher Steele (remember him?) working with Russian officials to get dirt on Trump.

In sum, neither during the investigation nor at its conclusion did most of the American press cover itself with glory. Neither did the Democratic Party and the intelligence community. They deserve our scorn for deluding Americans

for years, and I predict they will get it. People who are scammed may be loath to acknowledge they were, but they will. Reality bites.

As for Part 2 of the report on obstruction, Mark Levin, John Nolte, Mark Penn, and others were rightfully critical of this long, turgid he-said she-said addition. Mueller has the same mandate as any other prosecutor, if you have the evidence, indict. If not, you have nothing.

Scott Adams, as is his wont, tweeted the perfect response to those still reaching for straws:

“If you find yourself blaming President Trump for almost-sort-of-maybe intending to obstruct a witch hunt you have a mental health crisis not a political opinion.”

Michael Flynn and the Intelligence Community

(a) From 2014 on our intelligence agencies had evidence Russia was interfering in our domestic elections and did nothing about it. CNN’s Scott Jennings came clean on this point. I can find no one else who did.

The partisan warfare over the Mueller report will rage, but one thing cannot be denied: Former President Barack Obama looks just plain bad. On his watch, the Russians meddled in our democracy while his administration did nothing about it.

The Mueller report flatly states that Russia began interfering in American democracy in 2014. Over the next couple of years, the effort blossomed into a robust attempt to interfere in our 2016 presidential election. The Obama administration knew this was going on and yet did nothing. In 2016, Obama’s National Security Adviser Susan Rice told her staff to “stand down” and “knock it off” as they drew up plans to “strike back” against the Russians, according to an account from Michael Isikoff and David Corn in their book “Russian Roulette: The Inside Story of Putin’s War on America and the Election of Donald Trump”.

Is this some kind of penance on this holy weekend for CNN’s past sins of omission? Perhaps. But Jennings then asked the hard question: Why did Obama go soft on Russia?

My opinion is that it was because he was singularly focused on the nuclear deal with Iran. Obama wanted Putin in the deal, and to stand up to him on election interference would have, in Obama’s estimation, upset that negotiation. This turned out to be a disastrous policy decision…

But don’t just take my word for it that Obama failed. Congressman Adam Schiff, who disgraced himself in this process by claiming collusion when Mueller found that none exists, once said that “the Obama administration should have done a lot more.”…

A legitimate question Republicans are asking is whether the potential “collusion” narrative was invented to cover up the Obama administration’s failures.

It’s not unreasonable to believe this entire $30 million hoax of an investigation was not only to undermine the legitimacy of Trump’s victory over Hillary, but as well to cover up Obama’s failures to respond to Russian interference to protect his crackpot nuclear deal with Iran.

The Mueller report indicates that General Flynn was under broad surveillance long before. Now comes news that there was an open, Russia-related investigation of Flynn before the Kislyak conversations ever took place during the 2016 transition period:

Previously, the FBI had opened an investigation of Flynn based on his relationship with the Russian government.

Michael Ledeen reported before the release of the Mueller report that, in fact, the entire investigation was predicated on ruining General Flynn because of his valid critiques of the sclerotic incompetence of the intelligence community.

Stories by reliable analysts suggest that it was only because Flynn riled the intelligence community by criticizing in 2012 the CIA backing for the Sunni rebels fighting Assad, the basis for Trump’s claim that Obama had created ISIS:

As Clapper knows, Trump was exactly correct, although Trump didn’t quite spell out how the Obama administration had aided the formation of ISIS. For that he needs Flynn. Flynn was the only head of a major U.S. intelligence agency who knew just how badly the CIA had bungled, who had done what to whom, and where the bodies were buried. He was the broom with which Trump proposed to clean house. I am convinced that the Deep State put the finger on Flynn and tried to frame Trump, in the belief that the best defense is a good offense.

Michael Kennedy joins Ledeen and Spengler in asserting that the intelligence community was highly concerned that Flynn was going to expose them.

Flynn was bankrupted by Mueller at the urging of the intelligence community, led by Brennan and Clapper.

If the proper authorities turn over the CIA’s rock and examine its underside, the result will be the exposure of an intelligence failure of galactic proportions. The CIA channeled Saudi money into al-Qaeda fronts in Syria and helped move a large part of the late Col. Qaddafi’s massive arsenal to Syria. The jihadists backed by the CIA eventually formed a good deal of ISIS. Heads would roll at CIA. And when I say “proper authorities,” I mean Gen. Flynn in his capacity as National Security Adviser, a job in which he lasted a month before the Deep State set him up and persuaded President Trump to fire him.

The Benghazi incident never explained why the ambassador was in that consulate that night after complaining about security. What was going on? As part of a revived Hillary Clinton investigation, we might find out.

It’s Easter Sunday and Passover. For those who value truth, hang on. I think it has been slow in coming, but coming it is.