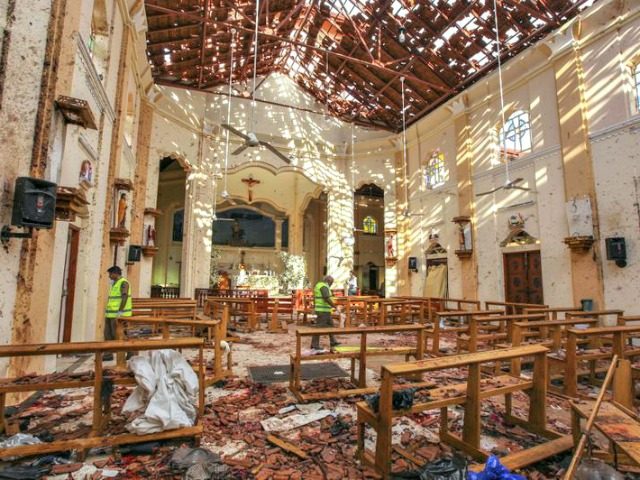 The statement of condolences issued by the Department of Homeland Security after the bombing by alleged Muslims in Sri Lanka did not mention the religion of the victims, even though they were in Christian churches.

Instead, the DHS statement described the targets merely as “places of worship.”

The statement’s vagueness matches the statements issued by Democrats who described the victims as “Easter worshippers.”

On behalf of the men and women of DHS, I want to express condolences and sympathies for those affected by the Easter Sunday attack on multiple hotels and places of worship in Sri Lanka.

DHS stands resolutely with persons of every faith who look to worship in safety and peace. We will continue our work with partners around the world to ensure that all are able to worship without fear.

As the Department has made clear regarding attacks on members of multiple faiths: religious liberty for all is a hallmark of this country and attacks on peaceful people in their places of worship are abhorrent and must not be allowed.

At this time we are not aware of any current, credible or active threat domestically. Regardless, the Department is doing all it can to protect the homeland from potential violent extremists.

We will continue to monitor the situation as the response to this tragedy unfolds and investigations continue.