Israeli Prime Minister Benjamin Netanyahu announced on Twitter on Tuesday that Israel will name a settlement in the Golan Heights in honor of President Donald Trump.

“In honor of President Trump, who recognized Israel’s sovereignty over the Golan, [Israel] will soon call for a settlement in the Golan Heights in his name,” Netanyahu tweeted on April 23, along with of photo of him and his family in Ramat HaGolan. 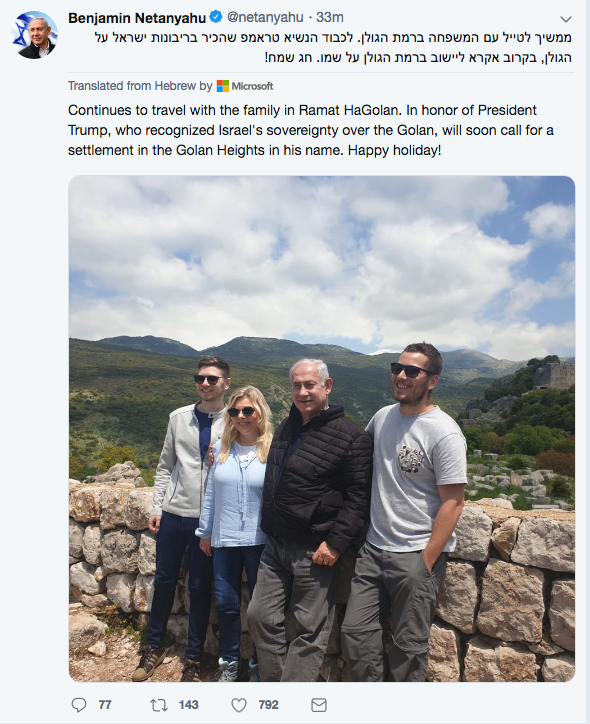 The proclamation partly reads, “The State of Israel took control of the Golan Heights in 1967 to safeguard its security from external threats.  Today, aggressive acts by Iran and terrorist groups, including Hizballah, in southern Syria continue to make the Golan Heights a potential launching ground for attacks on Israel.  Any possible future peace agreement in the region must account for Israel’s need to protect itself from Syria and other regional threats.  Based on these unique circumstances, it is therefore appropriate to recognize Israeli sovereignty over the Golan Heights.

During the 1970s, Israel started builing settlements on the captured land. This ongoing action has been repeatedly denounced by the United Nations. However, Israel argues that it is allowed to build the settlements to protect its border.