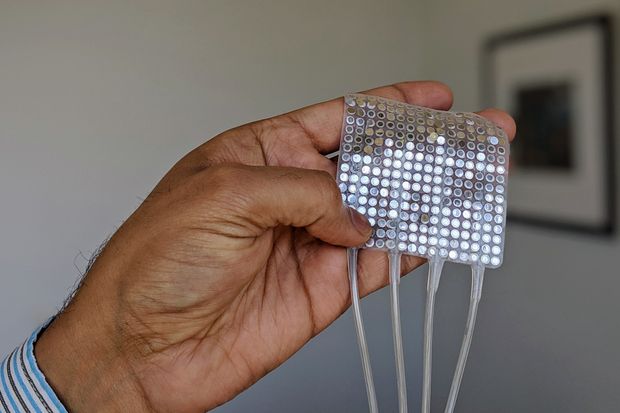 Scientists have harnessed artificial intelligence to translate brain signals into speech, in a step toward brain implants that one day could let people with impaired abilities speak their minds, according to a new study.

In findings published Wednesday in the journal Nature, a research team at the University of California, San Francisco, introduced an experimental brain decoder that combined direct recording of signals from the brains of research subjects with artificial intelligence, machine learning and a speech synthesizer.

When perfected, the system could give people who can’t speak, such as stroke patients, cancer victims, and those suffering from amyotrophic lateral sclerosis—or Lou Gehrig’s disease—the ability to conduct conversations at a natural pace, the researchers said.