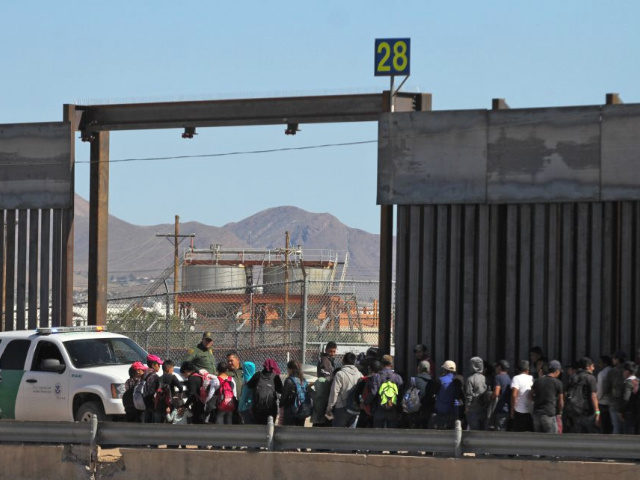 President Trump’s Department of Homeland Security (DHS) has released about 7,000 border crossers and illegal aliens into the interior of the United States in the last five days.

The catch and release process often entails federal immigration officials busing border crossers into nearby border cities and dropping them off with the promise that they will show up for their immigration and asylum hearings, sometimes years later. The overwhelming majority of border crossers and illegal aliens are never deported from the country once they are released into the U.S.

Today, there are anywhere between 11 to 22 million illegal aliens living across the country — the majority of which are concentrated in states like California, New York, Florida, Texas, and Illinois.

Over the past five days, El Paso, Texas, has had to absorb 2,800 of the 7,000 border crossers and illegal aliens released into the country. Likewise, San Antonio, Texas, has had to take about 2,200, while about 1,200 were dropped off in Phoenix, Arizona, and 800 in San Diego, California.

The expanded use of catch and release by the Trump administration has forced communities like Yuma, Arizona, to declare a local state of emergency as the city and county is unable to deal with soaring levels of illegal immigration.

At this current trajectory, by the end of the year, DHS will have released nearly 460,000 border crossers and illegal aliens into American communities — in addition to the projected half a million illegal aliens who will successfully cross the U.S.-Mexico border this year, undetected by federal officials.