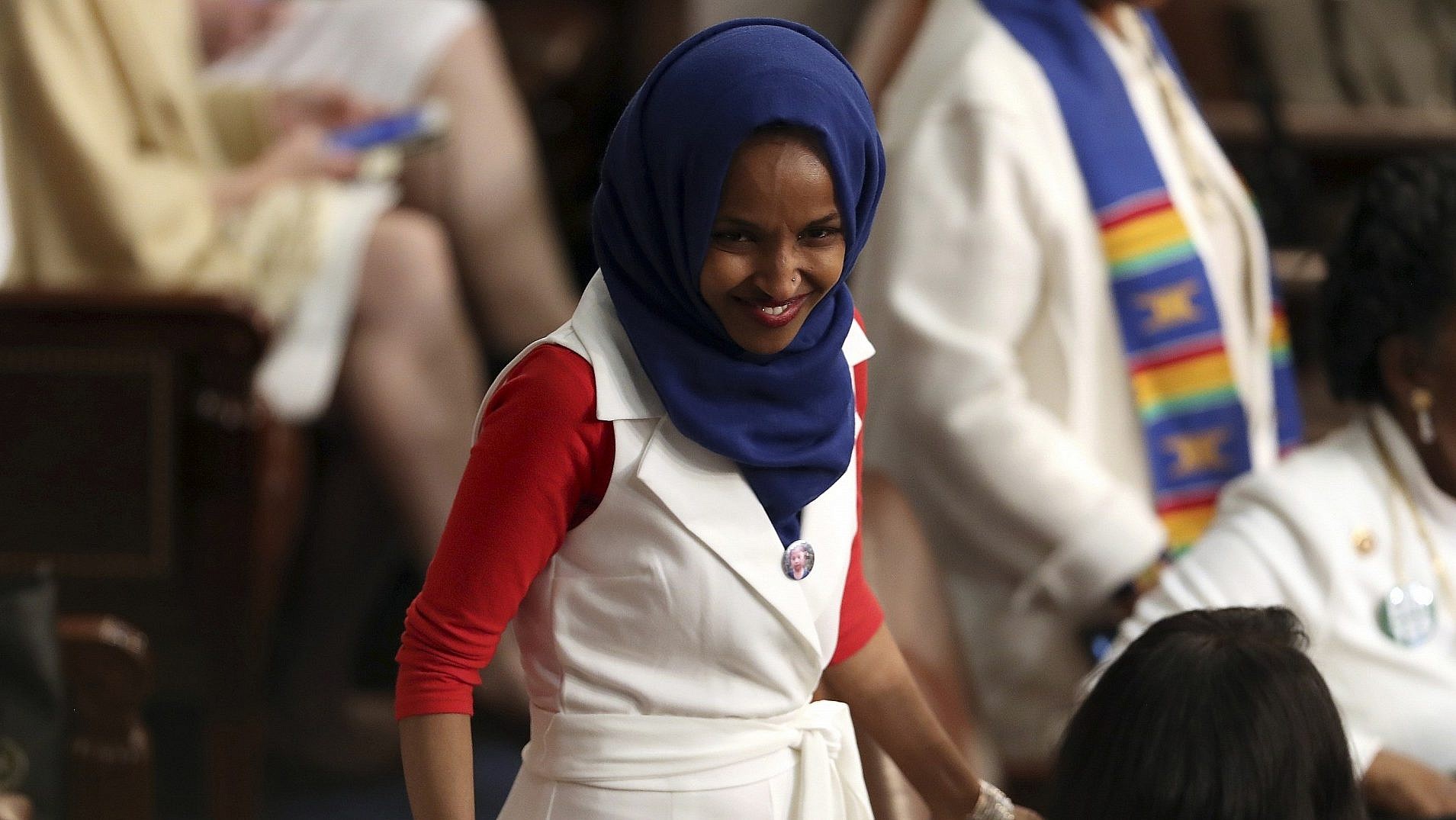 What do a Minnesota congresswoman, a Dallas imam, and the New York Times all have in common? In the past week all three have promoted the meme that Jesus was a Palestinian.

On April 19, an op-ed in the New York Times stated that “Jesus, born in Bethlehem, was most likely a Palestinian man with dark skin.” On April 20 Congresswoman Ilhan Omar retweeted Dallas imam Omar Suleiman’s argument that Jesus was “Palestinian,” not Jewish.

Such claims are part of a narrative that more and more seems to be insinuating itself into American political discourse. This narrative tends to paint both Jews and whites as inhuman oppressors and non-whites and P

alestinians as their innocent victims.

According to this narrative, the Jews cannot have a history in the Middle East that goes back to the time of Jesus. If Jesus was a Jew living among Jews during the Roman Empire, then, Jewish ties to the land of Israel do go back to Roman times, and the claims of Israel to the land are legitimized. Therefore, Jesus must be deracinated, disconnected from his Jewish roots, and the Gospels must be cut off from their Jewish core.

Such tactics are also being used in the United States to make white Americans lose confidence in themselves, their history, and their rights as citizens. For example, in November 2018, at the annual Muslim American Society (MAS) Los Angeles conference, Imam Omar Suleiman had these words to say about the situation at the Mexico-U.S. border:

And we had a hard time driving back home recognizing that it’s our government that has traumatized these children. Our government that has terrorized these people. Make no mistake about it, these people were suffocated long before they were hit with tear gas. We stand in a place where war crimes were committed by our government. And they were committed because they said that four border agents were hit by rocks. Those are the same pathetic excuses that have been made to maim 10,060 Palestinians at the border of Gaza! (15:10-15:57)

Most will have little frame of reference to the event Suleiman is referring to, but the U.S. government did make the following statement about the incident being discussed in Suleiman’s speech:

Yesterday’s incident involved large groups of migrants ignoring and overwhelming Mexican law enforcement, then attempting to the United States through vehicle lanes at San Ysidro and El Chaparral, and then through breaches in the international border fence between ports of entry. Elements of the group also engaged in dozens of assaults on agents and officers. Four agents were hit with rocks, but were wearing protective gear and did not suffer serious injuries.

This section of the border was apparently eventually closed, shutting off entry for up to a thousand migrants, according to the government statement. These migrants are not necessarily from Mexico but perhaps from farther south in Central America.

Such breaches of our border security are a matter of national security precisely because those willing to cross at an international border fence opening enter the U.S. illegally despite the repeated warnings that they are breaking the law. They do not care. But the rhetoric of charlatans like Omar Suleiman paints them as helpless children who are being gassed and abused. However, their story of abuse originates not from the United States government but from their parents who are endangering their lives by making them cross the border illegally.

Why do Islamists like Suleiman and Omar emphasize the humanity of the illegal migrants breaking our laws of entry at the border and putting their own children at risk? Why do they so often obscure the nearly 400-year Ottoman Empire occupation of Jerusalem while pounding the meme of the by comparison much shorter 30-year European occupation of Jerusalem into our heads?

To my mind, the accusations of Suleiman, Omar and the other Islamists are about much more than anti-Semitism. They are about creating a new narrative. The claim that “Jesus was a Palestinian” is about consolidating group identity. Islamists like Omar and Suleiman are all about promoting a narrative based on group identities with a simple mantra “four legs good, two legs bad.” As a Palestinian, Jesus now holds a place with the good four-legged ones. The whites and the Jews, on the other hand, well, they’re just robbers and gangsters anyway.