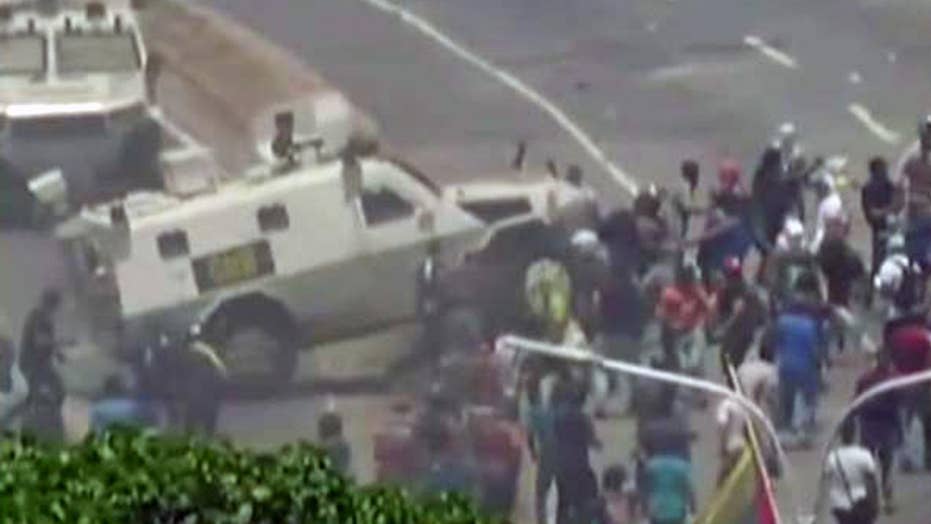 In a video broadcast live on telecasts across the world, the armored vehicle can be seen driving over the center of a road, hitting a crowd of demonstrators purportedly throwing rocks at security forces. No injuries were immediately reported.

Sen. Marco Rubio, R-FL., denounced the actions by Venezuelan security forces, saying that “military and security leaders must realize they are and will be held responsible for this,” he said on Twitter.