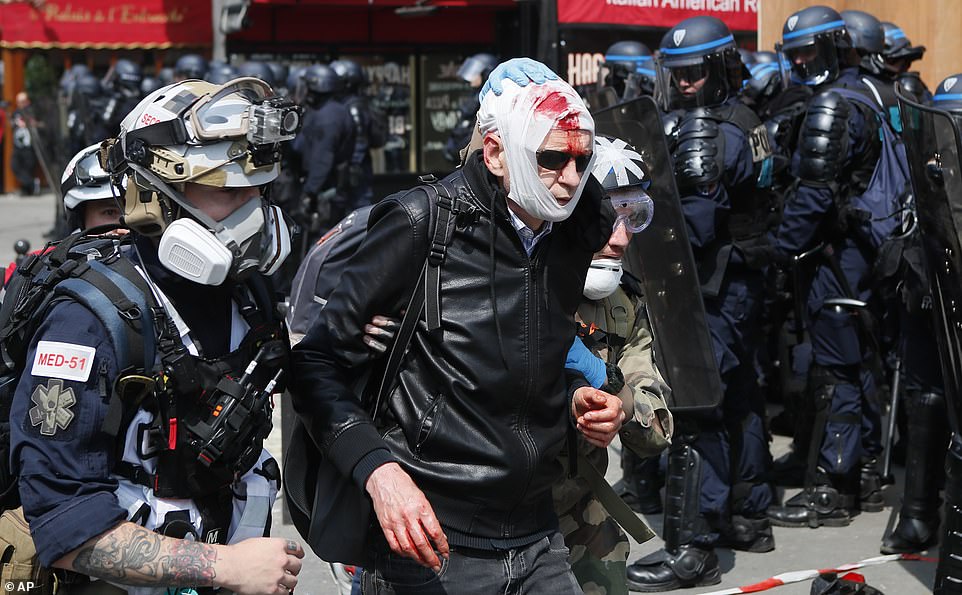 Rioting broke out in Paris today as thousands gathered for May Day protests dubbed ‘Armageddon’ by extremist demonstrators.

Thugs from the so-called Black Bloc anti-capitalist movement were involved in running battles with police soon after 1pm.

By 2pm, there had been 165 arrests in Paris, most for public order offences related to the rioting.

Weapons were also confiscated as the police used tear gas, rubber bullets and baton charges to try and restore order. 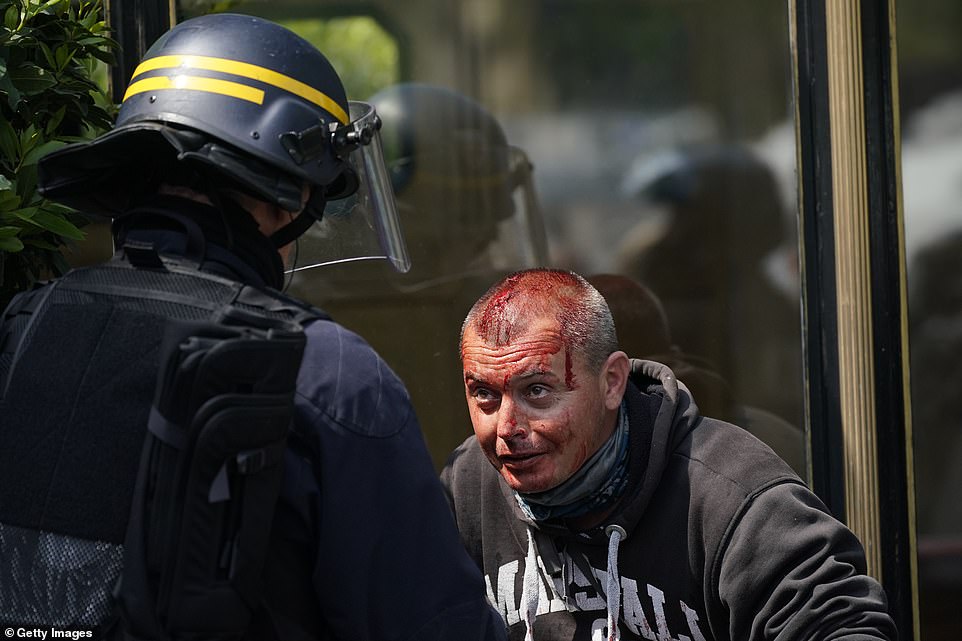