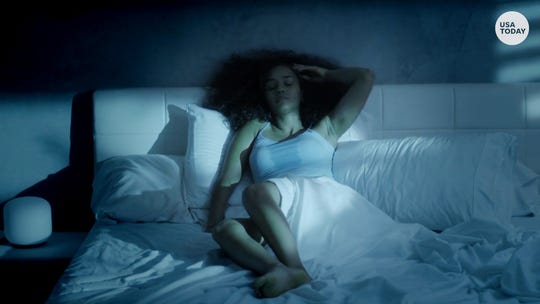 “Black box” warning labels will be required for brand name drugs including Lunesta, Sonata and Ambien, among others, to caution patients about their possible side effects, the Food and Drug Administration announced Tuesday.

“While these incidents are rare, they are serious and it’s important that patients and health care professionals are aware of the risk,” acting FDA Commissioner Ned Sharpless said in a statement. “These incidents can occur after the first dose of these sleep medicines or after a longer period of treatment, and can occur in patients without any history of these behaviors and even at the lowest recommended doses.”

When reviewing cases reported to health officials and found in medical literature, the FDA found 66 incidents in which injury or even death resulted after a patient taking insomnia medicines eszopiclone, zaleplon or zolpidem walked or drove while asleep.

Among the 66 cases, 20 were fatal. The deaths were caused by carbon monoxide poisoning, drowning, falls, hypothermia, car accidents in which the patient drove and apparent suicide, the FDA said.

In addition to requiring new warning labels on these drugs, the FDA warned patients who have experienced a similar incident not to take the medications.

The FDA said that although warnings of these side effects were already included on labels, the new “black box” warning is intended to make them more prominent.

Five hours of sleep isn’t enough: These myths about sleep are hurting your health, study warns

Eszopiclone, zaleplon and zolpidem are insomnia medications that help patients fall asleep or stay asleep easier by slowing brain activity, the FDA said. The agency had warned of possible side effects for some the morning after use.

The FDA estimated that almost 30 million prescriptions of the three drugs were filled in the USA in 2018.