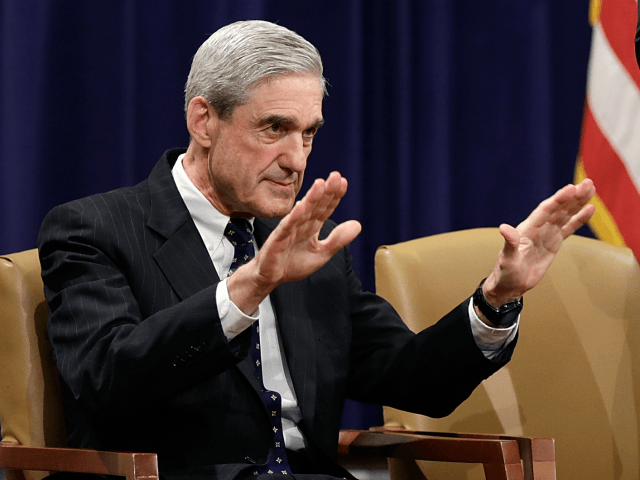 Mueller’s report explained that his team did not find evidence that can be used to charge anyone from the Trump campaign as acting as an agent of a foreign government. It says the FISA warrant to spy on Page was obtained using a “different (and lower) standard” of evidence claiming Russian involvement.

Mueller’s team utilized the standards outlined in the Foreign Agents Registration Act (FARA), which “requires persons acting as agents of foreign principals in a political or quasi-political capacity to make periodic public disclosure of their relationship with the foreign principal.”

The investigation did not, however, yield evidence sufficient to sustain any charge that any individual affiliated with the Trump Campaign acted as an agent of a foreign principal within the meaning of FARA or, in terms of Section 951, subject to the direction or control of the government of Russia, or any official thereof. In particular, the Office did not find evidence likely to prove beyond a reasonable doubt that Campaign officials such as Paul Manafort, George Papadopoulos, and Carter Page acted as agents of the Russian Government – or at its direction control, or request-during the relevant time period.

That paragraph contained a footnote about the FISA warrant to conduct surveillance on Page, which was obtained based on warrant applications that cited as evidence against Page information from the infamous, largely-discredited, Clinton-funded anti-Trump dossier.

The footnote says the Page FISA warrant was obtained from the Foreign Intelligence Surveillance Court (FISC) court utilizing a “different (and lower) standard than the one governing” governing Mueller’s office.

On four occasions, the Foreign Intelligence Surveillance Court (FISC) issued warrants based on a finding of probable cause to believe that Page was an agent of a foreign power. 50 U.S.C. §§ 1801 (b), 1805(a)(2)(A). The FISC’s probable-cause finding was based on a different (and lower) standard than the one governing the Office’s decision whether to bring charges against Page, which is whether admissible evidence would likely be sufficient to prove beyond a reasonable doubt that Page acted as an agent of the Russian Federation during the period at issue. Cf United States v. Cardoza, 713 F.3d 656, 660 (D.C. Cir. 2013) (explaining that probable cause requires only “a fair probability,” and not “certainty, or proof beyond a reasonable doubt, or proof by a preponderance of the evidence”).

In late October 2016, then-FBI director James Comey signed the first of three successful FISA applications to obtain warrants to spy on Page. The second and third were renewal applications since a FISA warrant must be renewed every 90 days.

All three applications reportedly cited as key evidence against Page the dossier produced by the controversial Fusion GPS firm which was paid for its anti-Trump work by Hillary Clinton’s 2016 campaign and the Democratic National Committee via the Perkins Coie law firm.

According to Republican House characterizations, the FISA applications signed by Comey withheld key information raising questions about the dossier, including that it was financed by Clinton and the DNC and had known credibility issues.