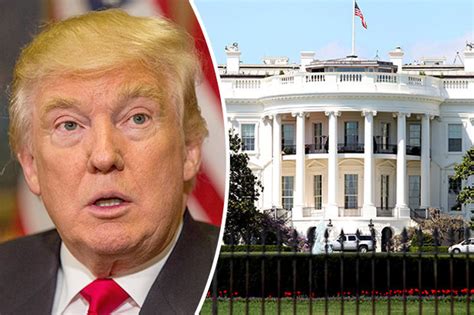 The White House has asserted executive privilege over the Mueller report on Russian interference in the 2016 election, in its latest confrontation with Congress. The move came shortly before the House Judiciary Committee planned to begin contempt proceedings against Attorney General William P. Barr for failing to provide the full, unredacted report to Congress. This is a developing story and will be updated.

The Justice Department informed the House Judiciary Committee Tuesday night that it would ask President Trump to assert executive privilege over underlying evidence in special counsel Robert S. Mueller III’s report, a move all but assuring that Attorney General William P. Barr will be held in contempt of Congress.

In a late-night letter to Judiciary Committee Chairman Jerrold Nadler (D-N.Y.), assistant attorney general Stephen E. Boyd argued that the Justice Department had tried to accommodate Democrats’ demands for the release of the full Mueller report, which the Judiciary panel subpoenaed for its investigation into the president.

But Boyd said that Democrats — who made a counteroffer to the Justice Department in a last-ditch negotiation session to stave off a scheduled contempt vote for Barr Wednesday morning – “has responded to our accommodation efforts by escalating its unreasonable demands.”

“Such unreasonable demands, together with the Committee’s precipitous threat to hold the Attorney General in contempt, are a transparent attempt to short-circuit the constitutionally mandated accommodation process and provoke an unnecessary conflict between our respective branches of government,” Boyd wrote.

He later added: “In the face of the Committee’s threatened contempt vote, the Attorney General will be compelled to request that the President invoke executive privilege with respect to the materials subject to the subpoena.”

A Justice Department spokeswoman declined to comment beyond the letter.

Nadler dismissed the Justice Department’s move as “without credibility, merit, or legal or factual basis,” arguing that the White House waived privilege when it allowed aides to testify before Mueller in the first place. He promised to soon “take a hard look at the officials who are enabling this cover up.”

A Judiciary Committee source said the panel’s vote to hold Barr in contempt is still on track for Wednesday morning. House Democrats are then expected to take the matter to court to let a judge decide on the merits.

The escalation comes after the Judiciary Committee threatened to hold Barr in contempt for ignoring a subpoena for the full Mueller report. Democrats note that Mueller did not decide whether Trump had obstructed justice and seemed to kick the issue to Congress to litigate what should be done about the 10 instances of potential obstruction he discovered and detailed in his findings.

But Democrats say in order to do that — and determine whether they need to impeach the president — they need all of Mueller’s underlying evidence and want to hear from key witnesses who testified before Mueller.

The White House and Trump himself, however, have promised to block Congress from picking up where Mueller left off, declaring the issue closed entirely. On Tuesday, White House lawyers barred former White House counsel Donald McGahn from turning over subpoenaed documents related to the probe.

McGahn was a key witness for Mueller on the question of obstruction. Democrats have threatened to hold him in contempt as well for ignoring a congressional subpoena.

Amid the standoff, Barr’s staff and Judiciary Democrats engaged in an 11th-hour negotiation session on Tuesday to see whether they might calm tensions. The Justice Department, which has allowed only 12 senior lawmakers to have access to a fuller version of Mueller’s report, agreed to allow those lawmakers to take notes of what they read and bring in additional staff to assist.

Democrats countered the offer, requesting the full membership of the Judiciary and intelligence committees have access to the less redacted report and that each side be allowed to bring in up to three staffers to assist them.

Democrats also asked Justice for a promise to work with them in appealing to a judge to approve the release of the full report to the public. Only a judge can rule to release grand jury material.

“[S]uch a request would force the Department to ignore existing law,” Boyd wrote.