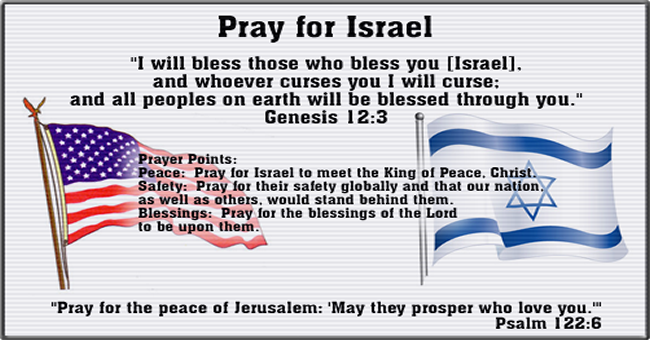 Hatred of Israel, and its close cousin, hatred of Jews, have been commonly held and expressed sentiments on college campuses in the US, Canada, and Europe in recent years.  Anti-Israel speakers are invited to speak, paid handsome fees, and draw large audiences of enthusiastic students, faculty and administrators.  Anti-Zionist groups, often dominated by Arab or Muslim students, proliferate and ally with groups representing other minority groups in an effort to create an intersectionality of interests, where various minority groups all rally in support of any of the causes any of the individual identity groups support. Groups such as Students for Justice in Palestine and the misnamed Jewish Voices for Peace, regularly taunt and harass pro-Israel students, disrupt meetings and talks by pro-Israel groups, and try to prevent pro-Israel speakers from appearing on campus.

Even at schools with a large percentage of Jewish students, university administrators appear to endorse actions directed at Jewish students or pro-Israel students though they never would allow similar activities directed against other minority groups they care to protect or favor.  Recently, Emory University gave its administrative stamp of approval to the posting of eviction notices by SJP on student dorm rooms (many of them with Jewish residents), meant to scare students and attempt to link the eviction threat to actions taken by Israeli authorities they falsely claim are routine in Israel and the West Bank.  In one of the lamest defenses ever offered for blatantly anti-Semitic activity on a college campus, a high-ranking Emory administrator offered this defense of the school’s approval of the eviction notice posting:

“Emory interim vice president and vice provost Paul Marthers issued the initial statement. In justifying the posting of the flyers, Marthers stated they were “posted as part of a communication campaign by a student organization concerned with human rights in the Middle East.”

At New York University, another school with a substantial population of Jewish students, an award was given to SJP for its “positive impact on the community.”   Evidence of their positive impact must include this:

In addition to posting mock eviction notices across campus, Jewish students at NYU have seen Israeli flags destroyed, swastikas painted in dorms, and anti-Israel BDS resolutions passed by student groups. They have faced screams of “From the river to the sea, Palestine will be free” – a crystal-clear expression of the desire to eliminate the State of Israel –as they walk past “apartheid walls” covered with hateful anti-Israel propaganda. If that is considered a positive model for the school community, we are certainly living through Orwellian times – which are looking more and more like pre-WWII German times.

Two other incidents on college campuses  in recent days suggest that a new hurdle has been raised for those who might want to be part of a group that supports the state of Israel or attempts to defend it – namely, that speaking or writing in favor of Israel,  or even organizing a college club for those who are committed to support for Israel, shall not be allowed.  Williams College, a high scorer in many ratings of small liberal arts colleges, seems to have gone the furthest in its commitment to shutting down expression of a point of view that is opposed by the loudest, least knowledgeable, and most abrasive campus voices. The Williams student council voted 13-8 to deny the formation of a pro-Israel club, the first club rejected by students in over a decade .

Some of the students who spoke against the club at a council meeting made no bones about their reasons. Your “club is pro-Israel, which means you support a state that is built on Palestinian land,” said one and made it clear that “believing in the right of Israel to exist” was a red line that no registered student organization should be permitted to cross. Israel is a “fascist state” said another. The “existence of Israel is built on the killing of Palestinians,” said a third.”  It is verboten to believe at Williams College that the state of Israel has a right to exist.

Israel is not a fascist state but a western democracy, though some of its neighbors would clearly qualify for the fascist label based on their rejection of basic human rights, including free speech, freedom of assembly, freedom of the press, freedom to practice the religion of one’s choice, free and fair elections, tolerance for difference (e.g., gay rights, minority group rights). And sadly, the intemperance, viciousness  and general ignorance demonstrated by Israel’s critics at Williams suggests that a whiff of fascism may exist in the rural bucolic air at the esteemed institution.  The 20-year-olds, who are certain they know all there is to know about any complex subject, remain steadfast that no one shall offer a counter viewpoint.

Why the fear of an alternative viewpoint?  When the argument that prevails is due solely to intimidation, shouting, shutting off discussion, and the perceived need to support  fellow “marginalized student groups,” the truth or even debate are dangerous to the zealots.

At DePaul University in Chicago,  a far less distinguished institution as far as academic ratings, the hysteria generated by the perceived threat from pro-Israel voices is no different than at Williams, though here faculty have joined with their student mob to harass a professor who authored a pro-Israel article, and the professor has received death threats and now requires security on campus .

The “offending” article by Philosophy Professor Jason Hill  expressed a point of view that is part of the serious debate in Israel on policy regarding the territories occupied in the Six Day War, one that has been argued by the likes of Caroline Glick in her book The Israeli Solution. Over 3,000 students have signed a petition condemning Professor Hill:

Those who are loudest in their objections to inviting speakers to campus with views different from their own, or who object to articles that propound a different perspective, always have the option of not attending a lecture, ignoring what a club does on campus if they are not aiming any venom at others (the way SJP and JVP routinely do towards Jewish and pro-Israel students), or not reading an article they deem offensive. The first whine from students who feel threatened by alternative points of view is the hurt they experience because of the speech or article. Since when does serious debate on an issue threaten anyone’s physical health or wellbeing, especially when they always have the opportunity to ignore anything they deem to be not of interest or not worth attending? Imagine attending college and actually allowing your views, seemingly set in stone after 20 years, to face some challenge from others who may in fact know a lot more about a subject than you do.

At DePaul, the faculty council endorsed a  resolution of condemnation, with most of those supporting the gesture coming from fields having nothing whatever to do with the Israeli Palestinian conflict, but presumably expert enough and otherwise all-wise, to judge the fallacy of an article on a subject on which they are know nothings. This action is incredible given traditional faculty deference to and support for academic freedom. It seems making a case for Israel, any case for Israel, eliminates such protections.

So far, the President of DePaul has not bowed down to those who are demanding relief from their professor who has strayed from the reservation of acceptable argument. Professor Hill is Jamaican and gay, which demonstrates the power of the forces allied to swat away any pro-Israel sentiment expressed at the school; it even trumps the normally sacrosanct identity group membership , which Professor Hill to his credit, has never relied on to make his arguments.

The events at Williams and DePaul suggest that hatred of Israel and anti-Zionism may now be at the top of the grievance tree at American universities. It does not seem to matter whether one gets mis-educated at an elite private college or an urban Catholic university. The idea that students challenge orthodoxy during their college years and grapple with great ideas seems to be rather foreign in the current campus environment. The debate over Israel and the Palestinians is not one where there can be only one view allowed to be expressed on a campus. If we are at that stage, and if those who seek to shut off debate are triumphant, then we are at a stage where higher education is in fact a key driver in the closing of the American mind.

One thought on “On Campus, Thou Shalt Not Support Israel”