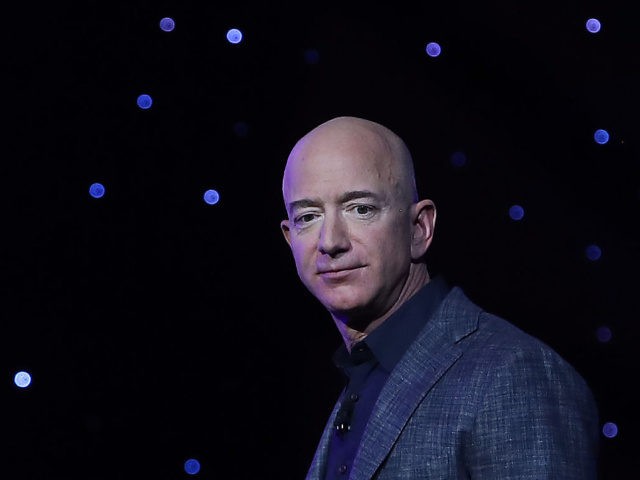 Here’s an interesting headline about our friends at Amazon: “A doorbell company owned by Amazon wants to start producing ‘crime news’ and it’ll definitely end well.”

That headline, appearing on the Nieman Lab website on April 29, is, of course, intended to be sarcastic; the author, one Joshua Benton, doesn’t like the idea at all.

The Nieman article links to a listing on Amazon’s recruiting site for a position at its Ring subsidiary:

The Managing Editor, News will work on an exciting new opportunity within Ring to manage a team of news editors who deliver breaking crime news alerts to our neighbors. This position is best suited for a candidate with experience and passion for journalism, crime reporting, and people management. Having a knack for engaging storytelling that packs a punch and a strong nose for useful content are core skills that are essential to the success of this role.

In other words, Amazon, through its Ring doorbell service, wants to get into crime journalism. And in a way, it’s a natural fit; after all, according to the Ring page on Amazon’s site, Ring enables the user to “see, hear and speak to visitors from anywhere.” It is, Amazon continues, “smart security indoors, outdoors and in your neighborhood.”

So we can quickly see: Ring produces a lot of information, visual and otherwise, that could be used not only for security, but also for journalism. After all, many crime stories in the news now feature surveillance-cam footage, and so here’s a whole additional new source. 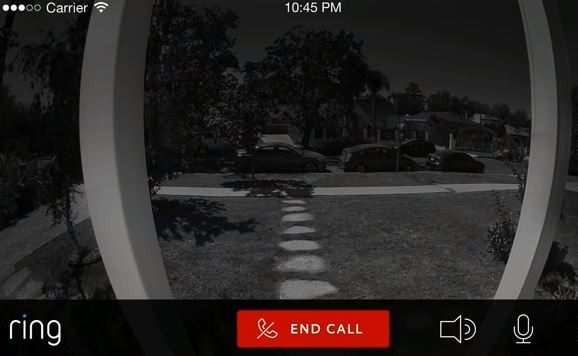 Yet Benton, writer of the Nieman Lab story, is obviously not going to be applying for the Ring position. Indeed, he sees the Ring gig as Amazon’s unjustified attempt to whip up fear of crime as a way of selling more Ring doorbells. And Amazon shouldn’t be doing that, Benton writes, because “crime goes down and down and down.”

Indeed, in 2017, more than 1.2 million violent crimes were committed in the U.S.—that’s a big number. And of course, just in the last couple years, crime in some cities has risen sharply; in Baltimore, for example, homicides rose from 318 in 2016 to 390 in 2018. And as for 2019, so far, the grim statistics keep grinding out; just on May 10, two more were murdered in Baltimore and two others wounded by gunfire.

So we can see: There’s plenty of crime news to cover, and to otherwise catalogue. And so if Amazon now wishes to get into the crime news space, well, perhaps that’s not much of a surprise—because Amazon wants to get into, seemingly, every category. It is a company, after all, that was founded in 1994 to sell books, and in the quarter-century since, it has expanded to sell not only physical goods, but also virtual goods, such as streaming movies and cloud computing.  And at the same time, Jeff Bezos, the founder and CEO of Amazon, also started his own spacecraft company, Blue Origin, and bought the Washington Post.

Indeed, in addition to Ring, Amazon sells other products that help provide security—and could contribute, potentially, to some Amazonian form of journalism. For instance, there’s Amazon Blink, which offers “Home Security Camera System with Motion Detection, HD Video.” And, there’s Amazon Alexa and Echo, the ubiquitous digital assistant and its speaker, which promise to do, well, just about everything.

In other words, one could step back and look at Ring, Blink, Alexa, and Echo and see that any home using those services could be regarded as a kind of stage, or studio. Yes, anyone thus plugged in lives his or her life a bit like the 1998 movie, The Truman Show. That is, there’re lights (including infrared) and camera, and now, all that’s needed is some kind of action. And if that action is crime, well, there’s the beginning of a drama. 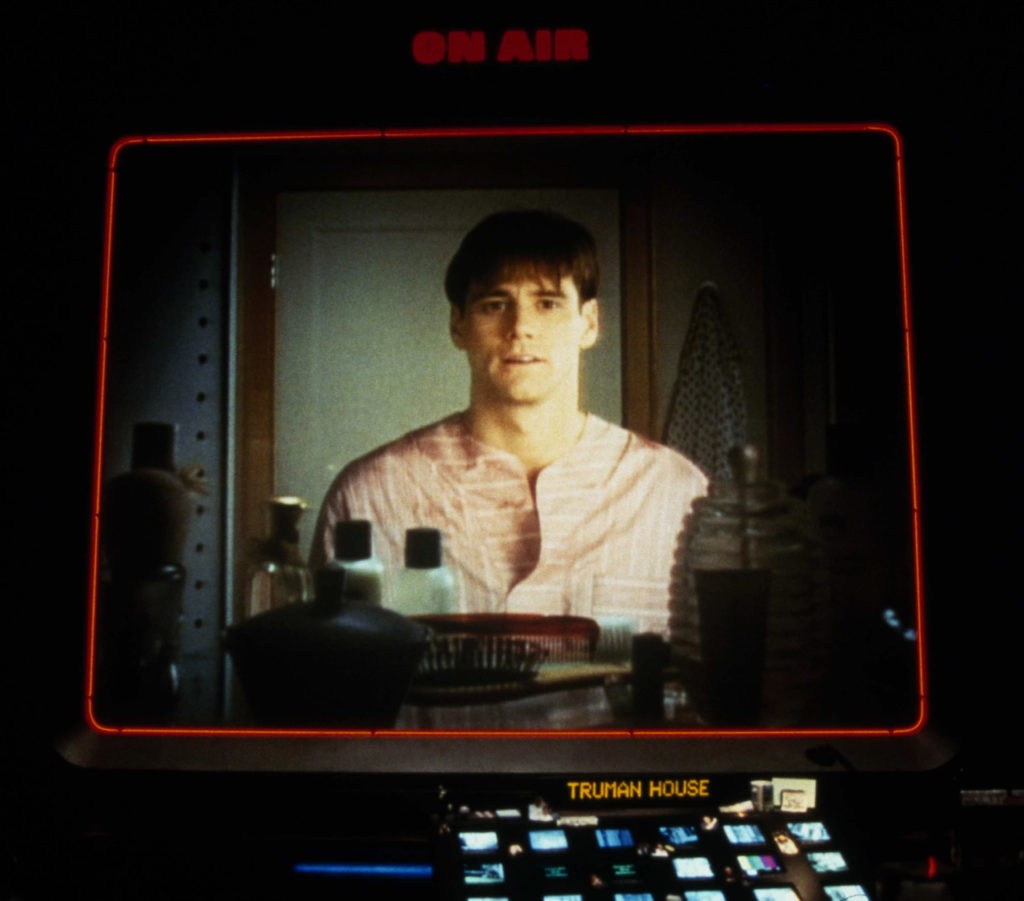 Of course, there’s such a thing as privacy; not everyone wants to be part of a show. And Alexa, in particular, has been accused of general weirdness, as well as violating privacy. That is, Alexa has been zinged for everything from a maniacal laugh, to unwanted phone calls, to unwanted orders—made of course, to Amazon.

To be sure, Bezos & Co. will likely iron out of all those glitches, but Alexa also seems to be spying consciously and keeping permanent records. Indeed, it’s hard to imagine how a computer-cloud-based system could be effective and not monitor things and keep records—that’s how machine learning learns.

So if all this spying is worrisome, it’s probably best not to buy any of the spy-system equipment—although it’s still hard to avoid being part of the overall spying in society. After all, the same sort of surveillance technologies are being applied everywhere, whether we like them or not. Security cameras, for instance, are ubiquitous; there are hundreds of millions of them around the world, and it’s been estimated that the average resident of London, to cite just one city, is captured on camera 300 times a day. (And yes, Amazon sells surveillance cameras, too.)

Moreover, as facial-recognition technology improves, it’s increasingly possible to drill down on one person as he or she goes about his or her formerly private life.

Indeed, if we overlay surveillance video with other kinds of digital information—such as GPS and other data from cell phones, the results of search-engine searches, as well as credit-card information—we have a powerful tool for watching. The challenge is getting hold of all that data and figuring out how to process it and make sense of it. And that, of course, is what cloud computing is all about; it can collapse millions of man-years of search time into a few seconds.

Such techniques are ushering in, too, a new era of police forensics; here’s an illustrative headline from the New York Times on April 13: “Tracking Phones, Google Is a Dragnet for the Police.” As the Times noted, all Google data—and there’s a lot of it, including from Android, Gmail, and StreetView—ends up in something called “Sensorvault,” and with a police warrant, that information is accessible to law enforcement.

Unfortunately, it’s sometimes not much of a leap to go from police work to a police state. Notably, the People’s Republic of China is way out front on the use of technology in the service of totalitarianism; its Social Credit System is a testament to the power of intrusive tech integration. 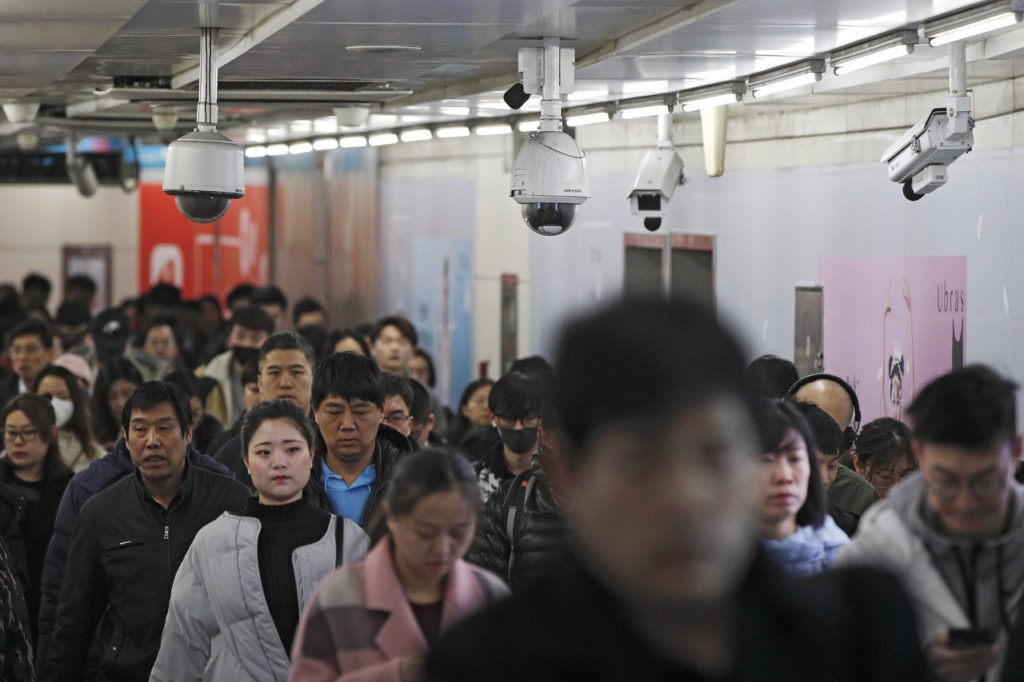 Yet for the time being, at least, our friends at Amazon aren’t interested in policing us, or police-stating us. As they staff up their Ring journalism team, they just want to entertain us—and okay, maybe make us a little bit fearful, as a way of driving up sales of Ring and other Amazon security products.

Still, more speculatively, if Amazon can find a way to integrate all the data it has on all of us, it could, in effect, make a kind of show. This is, after all, a big country, and something’s always happening, somewhere. And so if an Amazon computer can search through all those terabytes of data and pull out the “good stuff,” that could be voyeuristically entertaining, sort of like the long-running TV show Cops, only now souped-up with cyber-power.

So yes, it’s possible that a sort of Amazon News Network might somehow emerge, offering not just crime material, but also next-gen reality TV and, who knows, perhaps even an updating of the old practical joke show Candid Camera.

In fact, if we are suitably wired in—as just about everyone is nowadays—we might not just be watching the show, we could actually be the show.