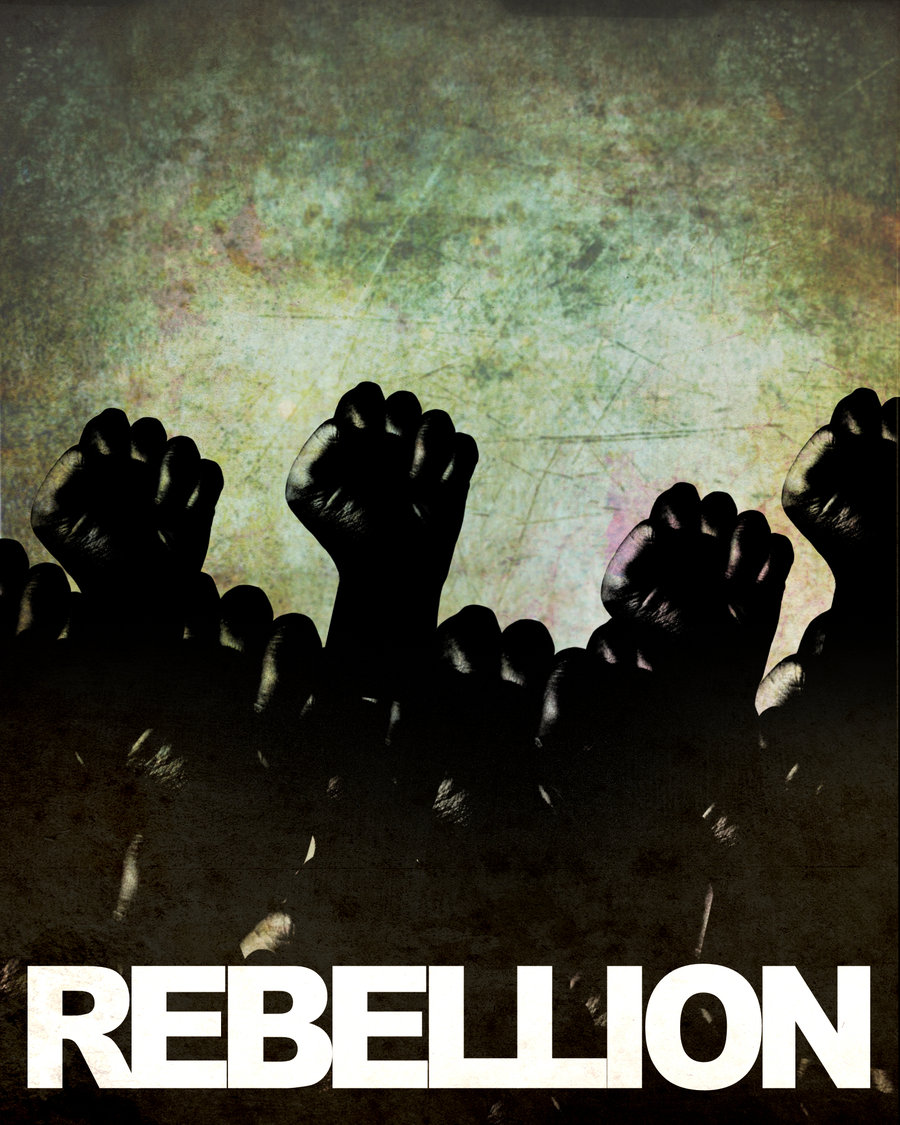 As Spygate proceeds to its certain conclusion — the trials of those who engaged in this scandalous coup attempt — we receive the details of the scheme only in dribs and drabs. Too many were involved and have too much to lose at this point by not revealing to the investigators their role in exchange for more lenient treatment, which is why I believe all will soon be revealed.

So for the moment let’s turn to the broader picture that explains in large part why so many officials were so determined to keep Donald Trump from the White House and to oust him once he won the election.

To me, it has seemed they are clinging to the privileges and benefits of an order which is dying because its underpinnings — the post-World War II order — no longer suit the citizens of the countries involved, or the changing world.

In this respect, I was much taken by this article in the Claremont Review by Christopher Caldwell.

The subject of this essay is Hungarian prime minister Viktor Orbán, who famously closed his country’s borders to hordes of migrants from Iraq, Iran, Pakistan, Bangladesh, Afghanistan, and elsewhere. I urge you to read the entire article, which I can only selectively discuss. As Caldwell explains, Hungary has been a member of the European Union since 2004 and his political party was closely aligned with Angela Merkel’s. Remembering Hungary’s history and intellectual curiosity, Orban rejected the policies of the E.U. on migration.

Orbán believes that Western countries are in decline, and that they are in decline because of “liberalism,” which in his political vocabulary is a slur. He uses the word to describe the contemporary process of creating neutral social structures and a level playing field, usually in the name of rights.

This project of creating neutral institutions has two problems. First, it is destructive, because the bonds of affection out of which communities are built are — by definition — non-neutral. Second, it is a lie, because someone must administer this project, and administration, though advertised as neutral, rarely is. Some must administer over others.

Carried to its logical conclusion, liberalism will, in Orbán’s view, destroy Hungary. “It is not written in the great book of humanity that there must be Hungarians in the world,” he said in his State of the Nation address in February. “It is only written in our hearts — but the world cares nothing for that.” This sense that Hungary might be only one political miscalculation away from extinction is widely shared. There was one country, in the wake of World War I, which was treated more harshly than Germany. The Treaty of Trianon turned a cosmopolitan, advanced central European powerhouse of 20 million people — the Kingdom of Hungary, Budapest’s half of the Austro-Hungarian empire — into a statelet of 8 million and divvied up two thirds of its territory among other nations.

He recognized that the nation’s existence depends on its economic performance, and boosted Hungary’s by a series of measures that Caldwell describes, including cutting the tax rate and instituting work-to-welfare.

Orbán’s program, universally denounced as a gamble, was a staggering success. Hungary had repaid its IMF loans in full by 2013. The country now has 4% growth and an unemployment rate of about 3%. Debt has fallen from 85% to 71% of GDP, and labor force participation risen from 55% to around 70%.

Despite pressure from the EU, he refused to open his borders to immigrants from Africa and the Arab world, foreseeing that otherwise Hungary’s patrimony — a Christian ethos — would be lost. Among those who opposed them was the Hungarian-born American George Soros, who, with his money sheltered from taxation by U.S. foundation tax laws, used those funds to undercut Hungarian nationalist desires. As is often the case, the Soros NGO in effect constituted another political party against which he had to battle to preserve his nationalist agenda. He succeeded against Soros, but then faced a difficult dilemma: The country’s

dependence on EU subsidies and the opposition of the leaders of the EPP (the European Peoples Party) which endorses candidates for the Byzantine and undemocratic European Parliament. Without examining the ridiculous top-heavy structure of the EU, it’s enough to say that being ousted from the EPP can predictably negatively impact Orban’s economic policies.

Nowhere does the globalist set take easily to ouster from power and prestige, but here I think they have a tougher battle than they might have imagined.

It’s not just Hungarian and U.S. voters that are moving away from the inept supranational controlling institutions and globalist worldview.  Large number of Brits, Germans, and Italians are also having second thoughts about being ruled by unaccountable bureaucrats who eschew the very concept of nationalism.

… Europe will become an “Islamic caliphate” unless nationalist parties make gains in the European elections later this month.

Salvini, Italy’s deputy prime minister and leader of the Northern League party, is trying to form a coalition of nationalist and far-right forces ahead of the elections and was speaking in Budapest during a visit to his ideological soulmate Viktor Orbán…

“For our children, to leave behind an Islamic caliphate with sharia law in our cities is not something I want to do and I’m going to do everything in my power to avert this sad ending for Europe,” he said at a joint press conference with Orbán, who has used similarly incendiary rhetoric to rail against migration to Europe from Africa and the Middle East. Salvini made similar comments earlier this week in Italy.

In Germany, Angela Merkel has her lost grip on her party — and the issues seem, in large part, to relate to her views on immigration and family issues.

(As an aside it is indeed ironic that the foreign policy disasters of Obama and Hillary Clinton are a major factor in this stream of outmigration from Arab lands and Africa, outmigration which doom the globalization policies they endorse and promote.)

In Britain the Brexit party seems to have caught fire.

In the U.S., there are those on both sides of the political spectrum who prefer global control of borders, economies, and trade, and those who oppose it.

On the right, Rich Lowry opposes it, taking a view similar to Orban and Salvini:

The bottom line of a nationalist program should be putting the national interest first, and protecting our sovereignty, as well as honoring our national symbols. Furthermore, it means insisting on national assimilation and the primacy of the English language. Lastly, we need to teach our history as it is, not a legacy of oppression and theft.  Lowry asserted “We must resolve to live as a free people and a free nation forevermore.”

It’s no wonder that Ukraine and Russia attempted to interfere with our election, not with a paltry $100k buy on Facebook for both candidates, but by providing Hillary Clinton with made-up dirt on Trump to try to defeat him.

If you believe in global control over sovereignty, you are inviting foreign involvement in our domestic affairs. As Richard Fernandez observes:

One inescapable drawback of globalization is that it requires, actually requires, foreign intervention in “internal affairs”. That’s why joining the EU meant Brussels made British law; Brussels controlled UK borders. That’s why the Iran deal was made in the UN and not in the Senate. John Podesta is a lobbyist for the Saudis. Someone has to represent their interests in the US government.

You can say, “This is good in the net”. But there are some minor side effects. One of them is that foreign powers take an interest in elections. They try to influence them in any way they can. So when we say Putin interfered with the election one can resist this, but it shouldn’t be surprising.

Once the electorate understand the side effects of integration, transnational institutions and a world order they may adjust the dose. This is what the UK did with Brexit. They didn’t “leave” Europe completely, but they did adjust the terms.

President Obama himself said that globalization needed adjustment. But he still sees adjustment in terms of more international regulation. He doesn’t get that it’s the international regulations themselves that are the source of internal interference. It’s the tight coupling that does it. If you want more sovereignty, you must loosen the coupling and allow for more, not less subsidiarity.

Indeed, there’s a good argument to be made that devolving even more decision-making to local levels leads to both better decisions and an electorate better schooled at it than placing it in the hands of others whom they have little chance to influence or replace.

In any event, looking at the “accomplishments” of international organizations like the incompetent, graft-ridden EU and UN, the elite claim to special talents for governance is laughably ridiculous. Perhaps if those at the top of the international institutions had not proven so corrupt and incompetent, populist nationalism would not be gaining ground. On the other hand, if one considers people too weak and stupid to act in their own best interests, on what possible basis should we assume that elected and appointed officials, often far removed from ordinary life, are more capable than we voters of acting in our best interests, rather than their own?