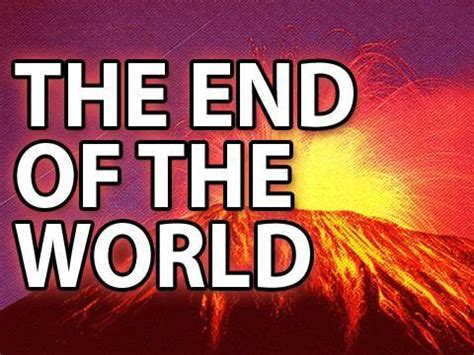 The annual United Nations Global Environment Outlook is just out, and it goes way beyond anything previously “reported.”  Environmentalists are desperate to eliminate fossil fuels and shift energy production to their favored industries — so they’ve discovered that the climate is not just worsening.  Rather, it’s the end of the world.  The report was the product of an organization that calls itself “the leading global environmental authority that sets the global environmental agenda.”  I thought individual countries set their own agendas, not a bunch of bureaucrats with headquarters in Nairobi, but the U.N. begs to differ.

As headlined in the Washington Post, the report stresses that one million species face extinction.  According to the climate experts — mostly professors whose research funding depends on pushing the climate crisis agenda — climate change is threatening “the foundations of our economies, livelihoods, food security, health, and quality of life worldwide.”  Not much left out there.  In sum, a global catastrophe.  But is it, really?  Ten Americans died in tornadoes in 2018, the lowest number on record despite annual predictions of mega-storms resulting from climate change.

The problem, according to the U.N. report, is that the world’s population has tripled since 1950, and as that population becomes more affluent, it is consuming more resources and causing more pollution.  Total world GDP in 1950 was $9.25 trillion; by 2015, it had grown to $108 trillion.  In other words, the world’s population was nearly 12 times as well off in 2015 (and more so today) as in 1950.  So let’s get back to 1950.  The report conveniently fails to note that in 1950, the global standard of living was much, much lower and that tens of millions of humans were starving.  That doesn’t sound like much worth going back to.

It’s interesting that this year’s U.N. environment report got much bleaker just as the U.S. entered its presidential election season.  We’re led to believe that in one year, we’ve gone from “bad” to “catastrophe” just as President Trump comes up for re-election.  Interesting coincidence.

Environmentalists aren’t the only ones with “end of the world” scenarios. Joe Biden claims to support the New Green Deal, but for now he’s focusing on income inequality.  He says we’re “losing” the middle class — don’t know where they’re going, but for the middle class, it’s the end of the world.  This despite a report from the Washington Post that middle-class income rose above $61,000 for the first time in 2017. Those incomes have continued growing in 2018 and 2019, along with 401k accumulations and other retirement savings.  So where have all the flowers gone?

The effects of President Trump’s tax bill — the Tax Cuts and Jobs Act of 2017 — just began to kick in last year, and the results have been dramatic.  Mr. Biden seems to think tax cuts have left the middle class farther behind, and he and his party want to repeal them, but if you’re a middle-class taxpayer benefiting from lower rates, a doubling of child care credits, and a doubling of the standard deduction (to $24,000 for a couple), it’s not quite Armageddon.  Biden’s claims that the middle class is dying off are right up there with Al Gore’s suggestion that he invented the internet.

Meanwhile, wages for middle-class workers grew last year at 3.2%, better than for any year of the Obama-Biden administration.  Meanwhile, unemployment rates are at or near record lows for all demographic groups.

Even if you’re earning more and benefiting from lower taxes, Biden thinks you’re still farther behind in the income inequality game.  So what if you’re getting rich?  Billionaires like Jeff Bezos and Warren Buffett are getting a lot richer.  So you’re “dying.”

It’s hard to counter the income inequality argument because it appeals to a basic but sordid human instinct, that of envy, and it’s difficult to convince an envious voter that he doesn’t have a “right” to equality.  But the fact is that if income equality were a right, working would never put you ahead of those who don’t work at all, so why work?  Wouldn’t you rather spend your days watching Jerry Springer?

Conservatives have a hard time making their case against wealth redistribution.  Most millionaires earned what they have by getting an education, working hard, and saving.  That’s the message of The Millionaire Next Door.  Most millionaires aren’t trolling the Mediterranean in 200-ft. yachts.  They’re doctors, accountants, and businessmen going to work, saving, and investing.  They deserve what they have, and it’s wrong to steal it from them — just as it’s wrong to steal from your own middle-class income and whatever you’ve saved for retirement.  Start seizing the wealth of millionaires, and the next step is to seize the earnings and savings of the middle class.  As Forbes put it, “the implication of The Millionaire Next Door … is that nearly anybody with a steady job can amass a tidy fortune.”  How about higher taxes when it’s your turn to be a millionaire?

Even those super-billionaires haven’t always had it all so good.  Warren Buffett possesses a unique gift that he has utilized to the max.  At age 88, he’s still going to work every day, applying his gift for finance and reaping the rewards not just for himself, but for millions of investors.  But with an annual salary of $100,000, Buffett lives a modest existence in a simple rancher and drives a used car.  He deserves what he has earned, but even so, when he passes on, Buffett will pay a marginal rate of 40% on his estate in taxes.  With a current net worth of $90 billion, that’s $36 billion in tax.  Isn’t that enough?

Not, apparently, for Democrats running for president.  Given the chance, they would take it all.  But in doing so, they would eliminate the incentive for work and savings.  The result would be a nation just as demoralized and unproductive as the Soviet Union was throughout its history, or as Venezuela is today.  Alexandria Ocasio-Cortez’s steal-the-wealth argument works only if one assumes that the rich will continue working and saving after their wealth is stolen.  Not even Sleepy Joe is dumb enough to believe that, though he’s based his presidential campaign on that same assumption.

Ironic, isn’t it?  At a time when the middle class is enjoying unprecedented prosperity and when storm deaths are at historic lows, the doomsters on the Left are running on policies that would end our prosperity and that actually would bring about the end of the world as we know it.  Stick with President Trump, who knows it’s not the end of the world — it’s just the beginning.