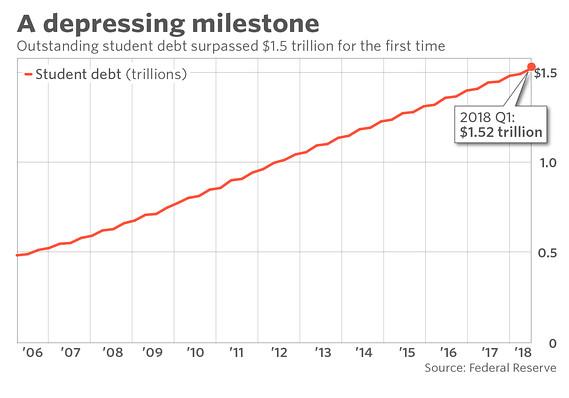 As stocks soar to all-time highs (ignoring fundamentals and a weak US macro outlook for 2H19), it’s worth noting that millions of underemployed and over-indebted Americans (mostly millennials) are currently holding a total of $1.5+ trillion in federal student loan debt.

A total of 43 million Americans have student debt. The average household with student debt owes approximately $48,000 and more than 5 million borrowers are in default in 2019.

Millennials with no credit history and no guaranteed employment borrow tens of thousands of dollars through scheming loan programs by the US Department of Education.

Zerohedge has spent almost a decade covering the student debt crisis and has shared numerous reports that explain how the crisis has materially worsened.

A new study by LendEDU, revealed where Americans on a geological basis have the highest levels of student loan debt. Researchers examined data from 922 colleges and universities, including data from the graduating classes of 2007 through 2017. 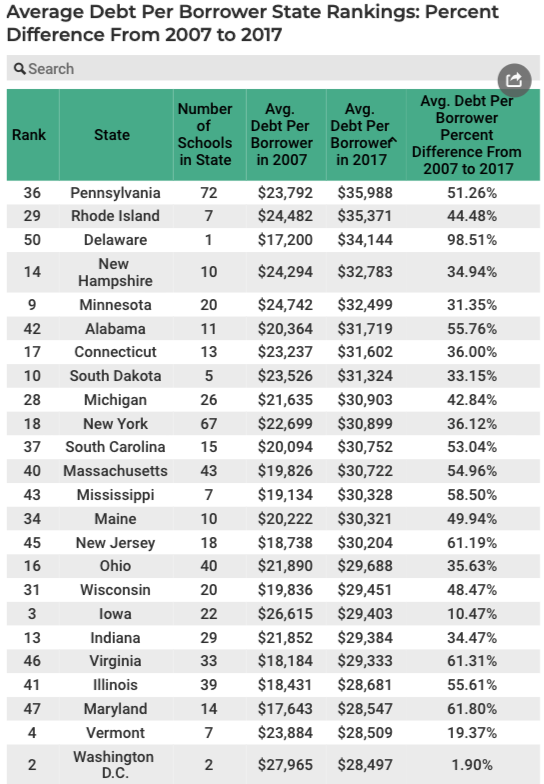 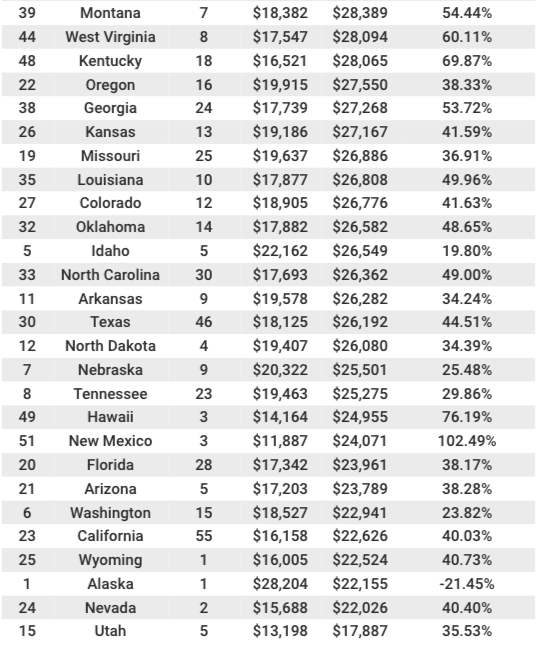 The table below represents the percent change over the period of how the average percentage of grads with student loan debt changed in all states and Washington D.C. The most significant percentage increase over the decade was in Delaware, Hawaii, and Tennessee. 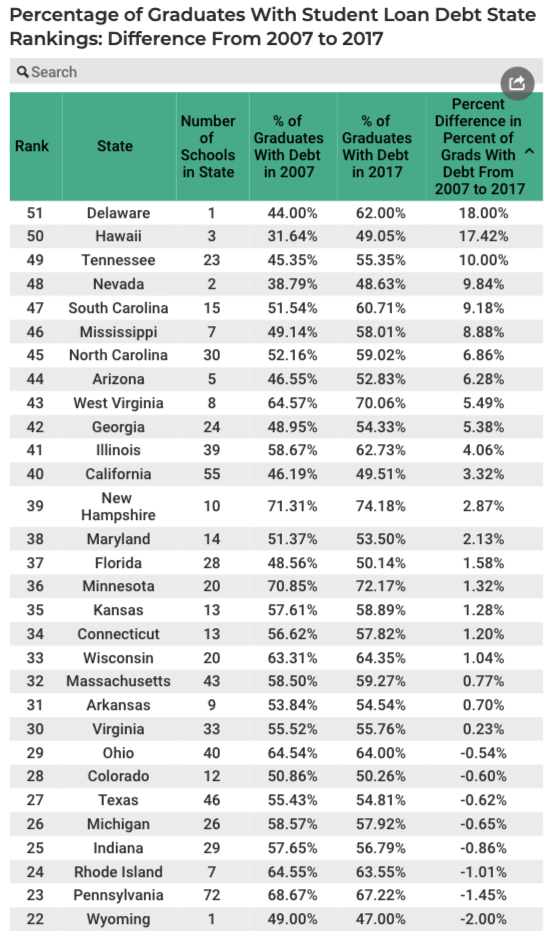 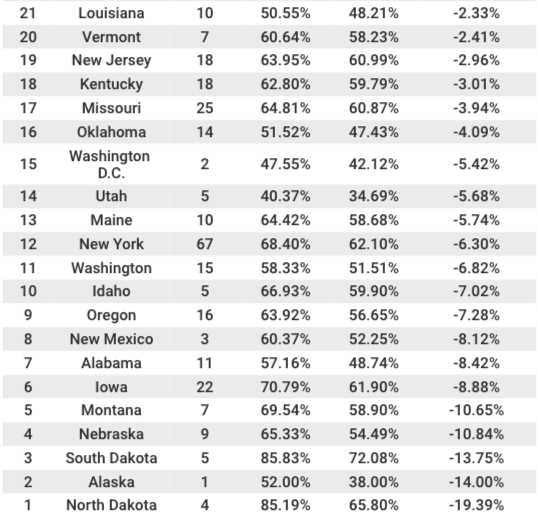 The study illustrates how the average student loan debt per borrower changed in each state from 2007 to 2017 according to the percent value on a detailed map. It appears that most of the country has deadbeat millennials with insurmountable debt loads. 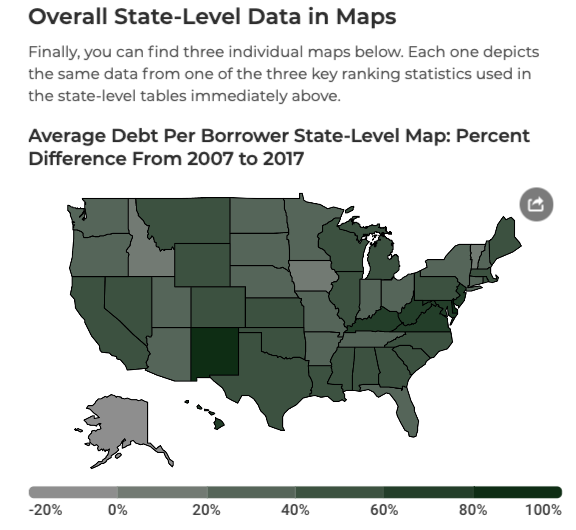 Another map shows the difference in the percentage of graduates with student loan debt has changed from 2007 to 2017. It seems that the Mid-Alantic and East Coast saw the largest increases in debt load size per borrower. 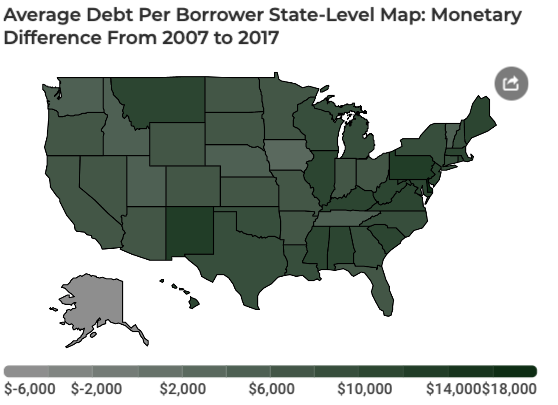 Overall student debt carried by Americans is not limited to one geopgrahic area. The report shows the problem is widespread and the country as a whole is a deadbeat nation.