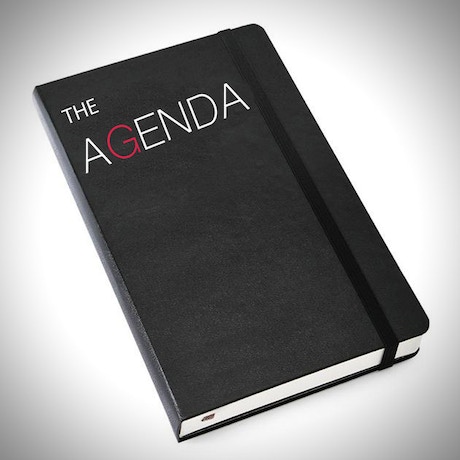 Someone asked, “What is behind the LGBTQ agenda?”  The goal of LGBTQ enforcers is to forcibly normalize their lifestyle in the minds of the 97% of the population that is not LGBTQ.  This is why we are bombarded with the LGBTQ lifestyle inserted into everything.  Why are major corporations making the promotion of LGBTQ, which are less than 3% of the population, their top priority?

A Disney theme park TV ad featured two homosexual couples with children without showing a single heterosexual couple.  Why is Disney so intent on appeasing this minute 3%?

Converse launched a new line of shoes celebrating the LGBTQ lifestyle.  The star of Converse’s depraved marketing campaign is an 11-year-old drag queen.  Converse says its campaign shows the power of expressing one’s true self.  That is a lie.  Converse is encouraging children to live a lie, rather than embrace who they truly are.  Converse is engaged in child abuse.  Pure and simple.  Lord help us.

Those in the LGBTQ lifestyle appear angry at and in rebellion against God — the God of Christianity.  If you notice, everything LGBTQ enforcers advocate is in direct contradiction of God’s original plan for family, marriage, sex, and Christian principles and values.  It is not a coincidence that God’s symbol of the rainbow has been hijacked to represent a behavior that God says is an abomination (Lev. 20:13).

My wife Mary said, “You know they will attack you for saying they feel guilty.”  The Bible says they feel guilty until God gives them over to a reprobate mind (Rom. 1:28).

We have LGBTQ family and friends whom we love.  Since liberal activists on the Supreme Court, in essence, redefined marriage as the law of the land, our acceptance and tolerance are no longer good enough.  With an iron fist, LGBTQ enforcers are using government to demand that we affirm their lifestyle against our conscience and religious beliefs.  Clearly, those in the LGBTQ lifestyle feel guilty.  Therefore, they must force us to say they are normal to make them feel better about themselves.

Countless studies confirm that the LGBTQ lifestyle is not normal, usually related to childhood trauma.

A homosexual friend said he loved his dad dearly.  When he was a child, he awoke every morning at 3 A.M. to have breakfast with his dad before he went to work.  One morning, his dad scolded him, telling him not to wake up.  His dad simply did not want him tired for school.  But to my friend, it was a profound rejection.  My friend said that from that day forward, he never woke up at 3 A.M. again.  I could hear the pain in my friend’s voice.  Over the years, I witnessed my friend suffering, always seeking love from unattainable men.  I helped him recover from a suicide attempt over a man who rejected him.

One of my aunts had five sons by two fathers.  Neither of the fathers participated in the boys’ lives.  They lived in the projects on government welfare.  I did sleepovers at my cousins’ home.  Even though I was a little kid, I could feel that they envied me for having my dad living with us, my mom and four younger siblings.  My cousins’ home had a sadness, an air of hopelessness, poverty, and depression.  I felt sorry for them.

Their mother was bitter and brutal.  I saw her beat the two sons she disliked with pots, her fists, and even a baseball bat.  She treated her youngest son horribly.  He and I were around ten years old when I watched her repeatedly pound him with her fist.  He was so used to being brutalized that he did not cry until well into his beating.  He became homosexual and died young of AIDS.

Her eldest son was amazing, assuming the role of father to his brothers.  He worked his way through college and became extremely successful.  Embracing homosexuality, he died of AIDS around age 40.

I believe that growing up in that household contributed to my aunt’s two sons’ homosexuality.

Islam advocates executing homosexuals.  So why have LGBTQ activists launched war on Christians rather that Muslims?  LGBTQ enforcers target Christian businesses to force them to service same-sex ceremonies against their religious convictions.  And yet, LGBTQ enforcers stay clear of Muslim bakeries, flower shops and wedding photographers.  Logically, shouldn’t LGBTQ enforcers be on the warpath against Muslim businesses rather than Christians?

God calls the homosexual lifestyle an abomination but does not advocate killing people who identify that way.  God said with loving kindness have I drawn thee (Jer. 31:3).  So why do LGBTQ enforcers despise Christians while expressing support for Muslims?

We are becoming increasingly pressured to stop speaking truth and forced to embrace evil, destructive lies.  A woman told me her adult children are seriously questioning her sanity for supporting Trump and for not supporting Planned Parenthood, man-made climate change, and the LGBTQ agenda.

I stand strong that God is on our side and in control.  The roots of evil are shallow.  We stand on a rock-solid foundation of righteousness and truth.  Our job is simply to continue spreading truth and fighting the good fight for what is right.  Rest in and trust that all is well.