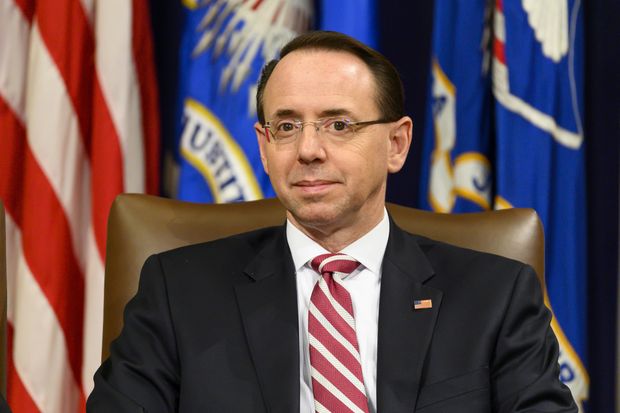 Speaking to a group of city officials in Baltimore on Monday, his second day as a private citizen, Mr. Rosenstein defended a memo he wrote in May 2017, which the White House initially cited as grounds for ousting Mr. Comey. As the head of the Federal Bureau of Investigation, Mr. Comey was leading its probe into possible Trump campaign ties to Russian election interference.

“I do not blame the former director for being angry,” Mr. Rosenstein said, according to prepared remarks that offered his fullest public accounting yet of his views on Mr. Comey’s firing. “But now the former director is a partisan pundit, selling books and earning speaking fees while speculating about the strength of my character and the fate of my immortal soul. That is disappointing. Speculating about souls is not a job for police and prosecutors. Generally we base our opinions on eyewitness testimony.”