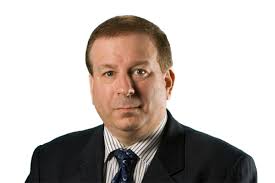 The wall street bear who claimed that an economic recession in 2019 will be “virtually unavoidable” has doubled down on his assessment.  He warning that the corporate buybacks will fuel the next recession.

Gluskin Sheff Chief Economist and Strategist David Rosenberg acknowledged that his prediction about the recession may have come a bit too soon, but  the risks in the United States economy are not to be ignored, he warned Thursday on CNBC‘s “Futures Now.” Rosenberg said that people just aren’t looking in the right places and that once they do, they’ll know that there’s a recession coming.  This bubble will not remain this inflated forever.

The same thing has happened to almost any media outlet who attempts to warn people of the upcoming recession so that they have time to prepare themselves for it. Rosenberg is basing his prediction on both the Federal Reserve’s recent series of interest rate hikes and what he called an “unprecedented” rate of publicly traded companies buying back their outstanding shares.

Rosenberg also noted that 10 of the Fed’s 13 tightening cycles since World War II, have pushed the economy into a slowdown or a recession. “More often than not, that degree of monetary restraint in the past has landed the economy in an economic downturn,” he said. “The only question is whether it’s in the second half of this year or the first half of next year, but I think that what investors have to know is that the business cycle’s not dead and that a recession is out there probably sooner rather than later.”

While the Great Recession was fueled by subprime mortgages, the next recession will be fueled by corporations.  Their immense debt burden and corporate buybacks of stocks will eventually cause major problems for the United States. The next recession won’t look like it did a decade ago, however, it’s still going to get ugly, according to Rosenberg. “I don’t think it’s going to be a deep recession, and it’s not about the consumers or housing or the banks,” he said. “It’s really about these bloated corporate balance sheets. There will be a price to pay for the unprecedented debt-for-equity swap we did this cycle, borrowing at low-interest rates and buying back your stock. That is certainly something that is not sustainable.”

That does not mean the average American and consumer is shielded from another recession.  It simply means it may not be as disastrous to those who haven’t over-leveraged themselves as others. The bond market is already signaling a slowdown, said Rosenberg to CNBC, and the economy is flashing all kinds of signs that buyers should beware.

Regardless of how a recession looks or affects people, there are ways to mitigate the disaster.  Prepare your personal finances the best you can, and make sure you avoid taking on more debt right now.